Its thursday already and I am feeling the strain of the early starts and the drive from Macclesfield to Bury, so tonight I am treating myself to a night in a hotel right near the training school and it was pretty cheap as well which is even better as the TPF coffers are running desperately low this year.

So today I was going to finish up my sample boards ready for fridays buffing session and also we were topping out our main walls in the training school which I was looking forward to. The first sample board I would be doing today was my brick effect Travertine and this I hear is quite a popular finish and I like it… 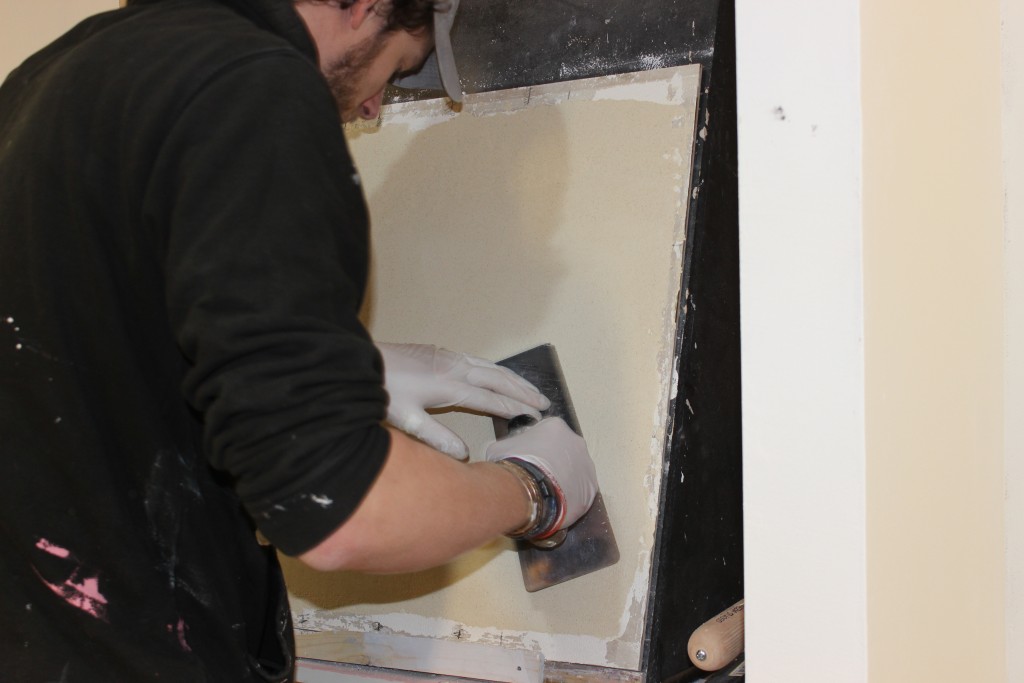 Carving out the brick effect in travertine is quite easy and I absolutely love where you could do this and my mind was about to explode… I really do beleieve tehre is plenty of scope for teh venetian plaster market and so I am very keen to see where it goes. 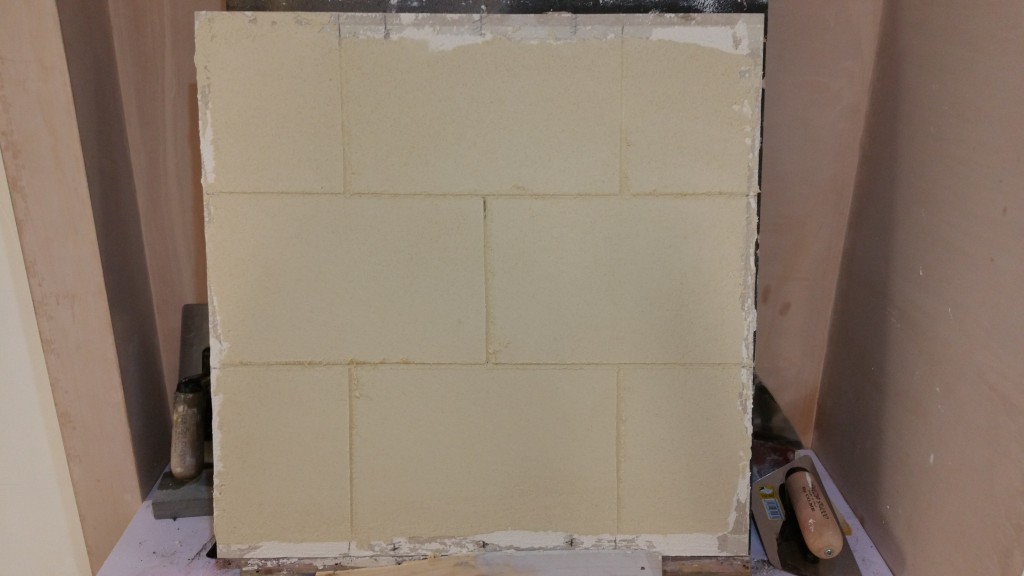 The next task was to get over our wall that we first coated yesterday and this was going to have a wet on wet coat which basically means you put one coat on then another one straight over the top.

So as you can see I have started putting on in small random strokes, really pushing the plaster into the wall. Tes I said into the wall, with venetian plaster I was told that you don’t ever lay it on the wall you push it and really force it in… so it is actually quite hard going on your arms and elbows. 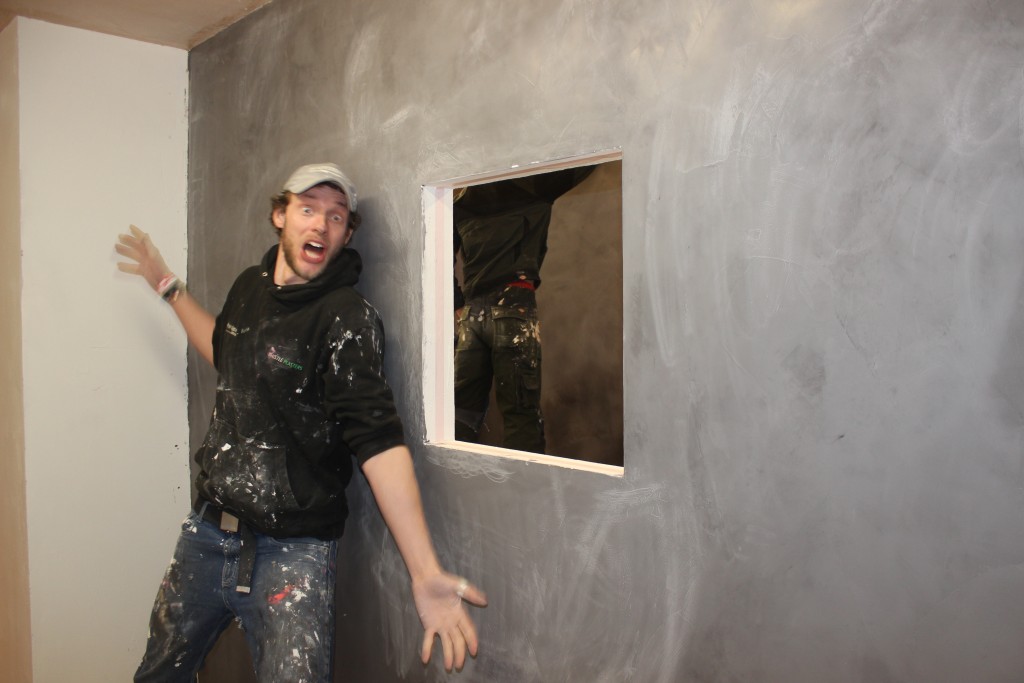 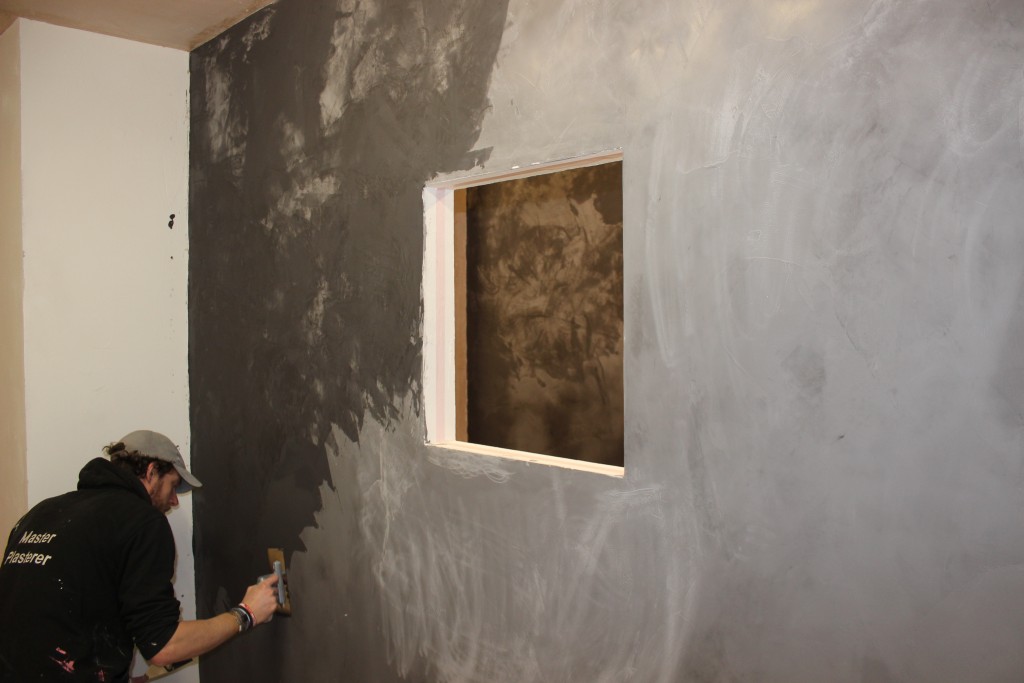 so this is the first of the 2 coats going on today and you work at a 45 degree angle across and this is so that you dont see any joins (in theory) as your eye wont catch this but apparently if you do it in straight horizontal lines it will stand out like a sore thumb. 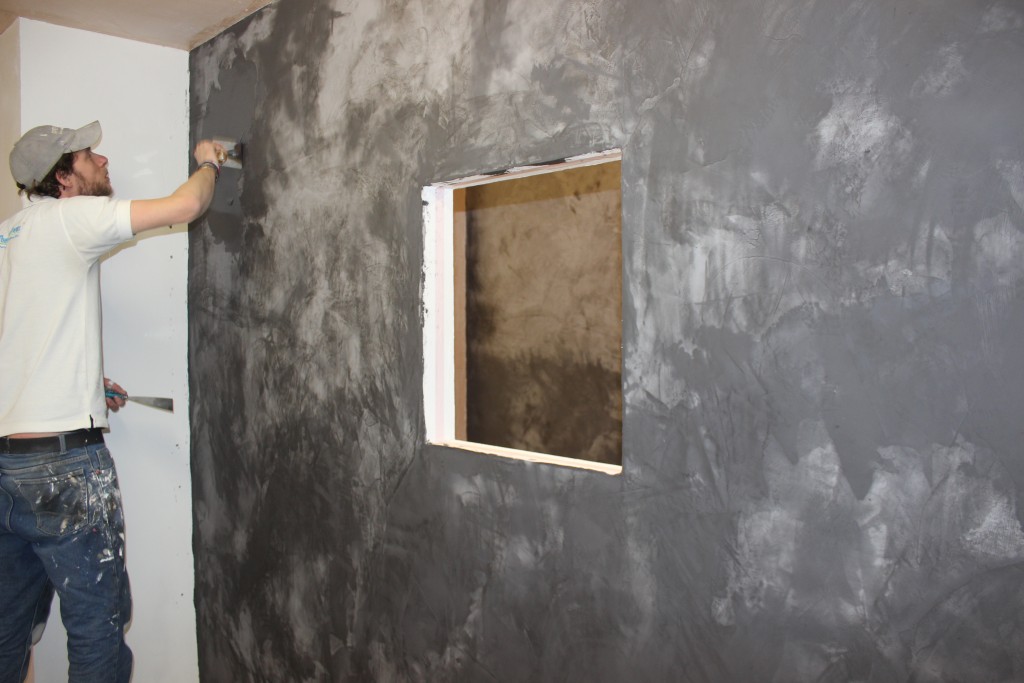 I am now dropping back and starting to apply the second coat, now I messed up from here on it, I should have put on a m2 at a time and troweled it up and then moved on but because I spent a lot of time on social media and taking photos I missed this part and so I just pushed on and coated the wall again… This was a tiring mistake as i had to go straight back over the wall and do it again and burnish it up as I went along. I was broken by this point absolutely exhausted. 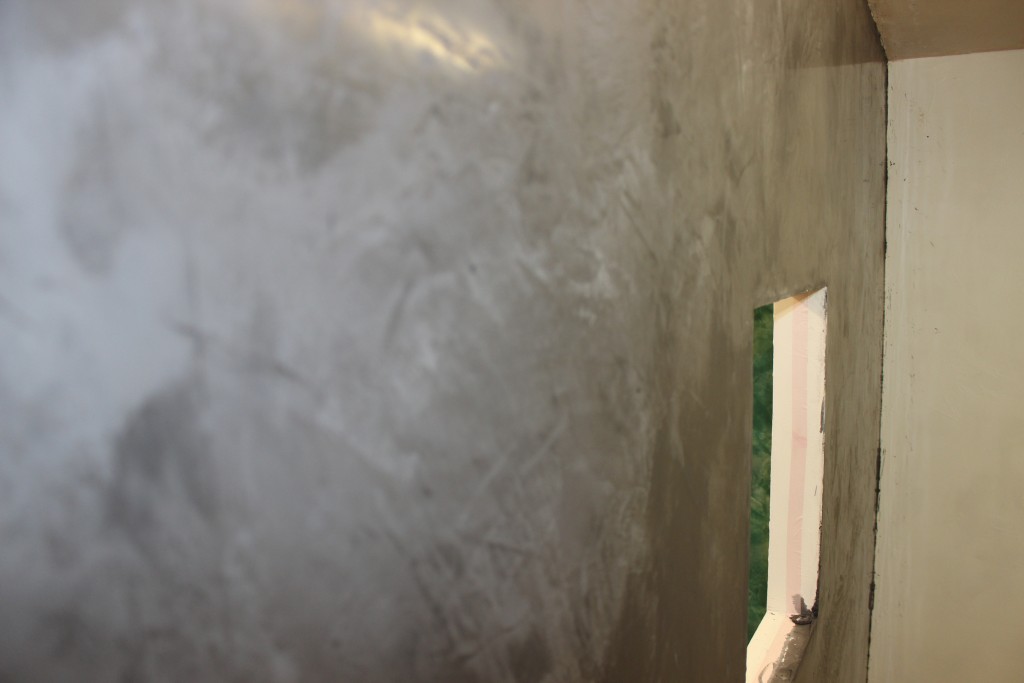 As you can see the shine is coming… but by now I really was not happy with my finish but still none the less I soldiered on.

What felt like a lifetime had passed and I had finished and the wall was done… It does look ok now but I would not pay for it, but I could see where I went wrong and what i would do next time to change it and make it better. 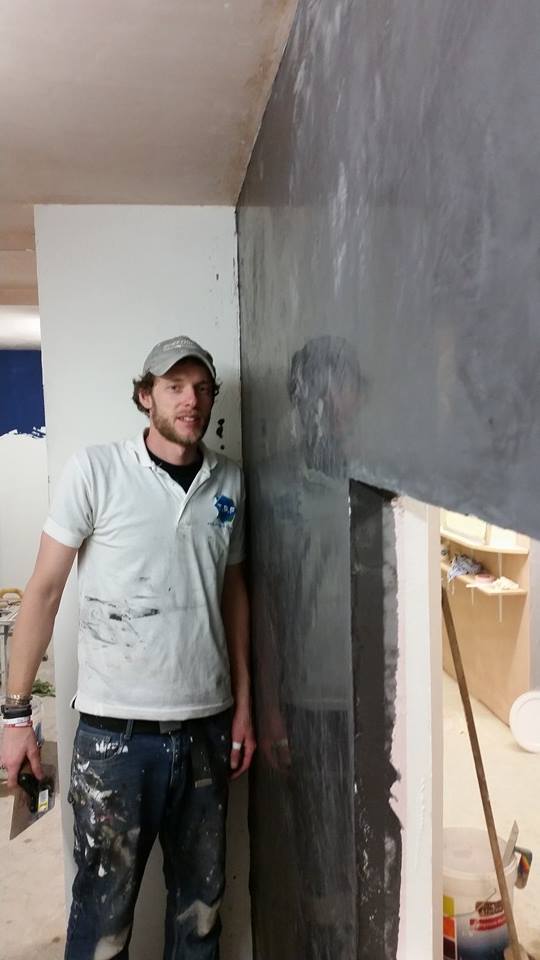 You can see the shine and that is not even polished yet….

The other guys on the course had been pushing on and doing other walls and playing with different colours and what not and I think you will appreciate that they picked it up very easily and you could see the enthusiasm in them the desire to learn and trying to take everything in. 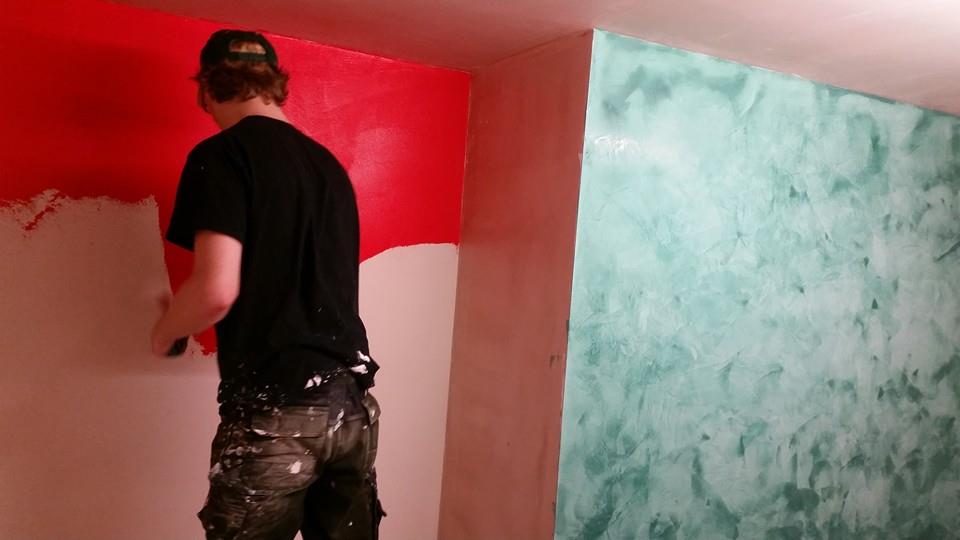 That is the end of day four and tonight we are off out for a beer and some food and hopefully an early night as tomorrow (friday I have a long long drive back down to the south coast.

The government is due to launch its £2 billion Green Homes Grant scheme in late September, which will enable homeowners to make savings on their energy bills while … END_OF_DOCUMENT_TOKEN_TO_BE_REPLACED

Working as a skilled tradesperson can offer several great benefits. You will have the opportunity to pursue something that you’re passionate about, have lots of job … END_OF_DOCUMENT_TOKEN_TO_BE_REPLACED

Makita UK has launched a new and improved collection of belts and pouches to its extensive and popular range of accessories. The newly designed range makes it even easier … END_OF_DOCUMENT_TOKEN_TO_BE_REPLACED

In a positive move for the future of skills and talent in the plastering industry, British Gypsum has announced that its Site Ready Skimming Course has been successfully … END_OF_DOCUMENT_TOKEN_TO_BE_REPLACED