I have worked with Knauf for a couple of years now with The Plasterers Forum® and also Plasterers News. I have spent numerous days out at their factory and training  facility and help promote and market their products and services. 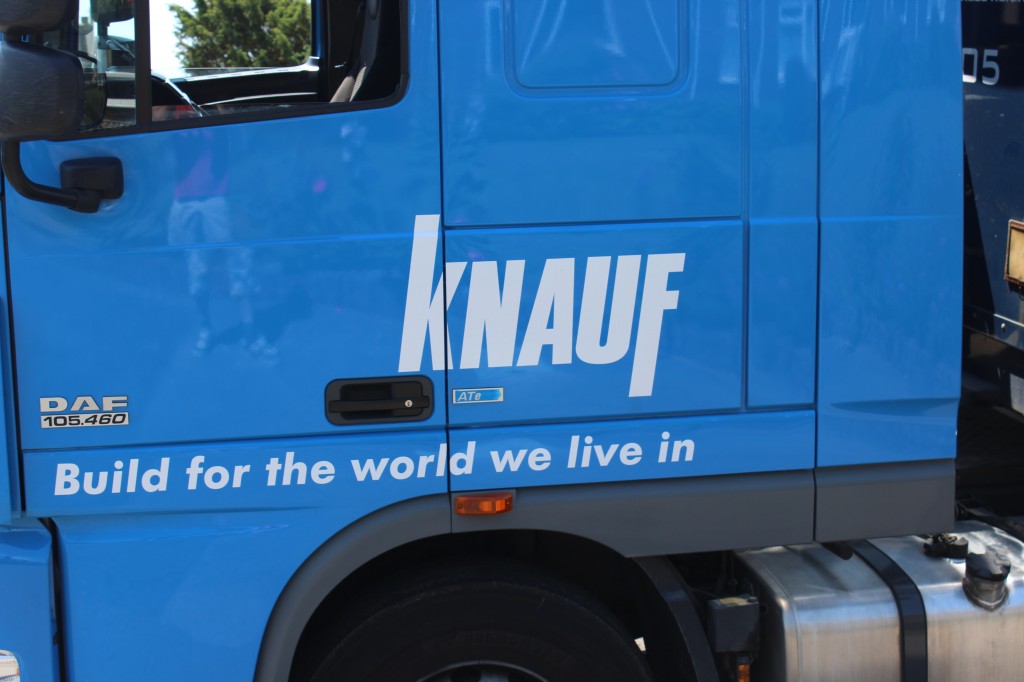 With our renovation project, we were going to need a shed load of plasterboard, and I have been to the factory where it was made a few times now and well, it seemed silly me not having the cheek to see if they could help me the cost of the plasterboard and a few incidentals along the way. I have always liked using Knauf’s plasterboard and when I was on the tools full time it is what I was used to so I was quite keen to reminisce about the good ole days.

So with that being said when I needed a favour I picked up the phone and spoke to them, they were very keen to help us out, which was a life saver as with any building project, they quickly over the run over budget and ours was not any different.

I rapidly worked out what I needed and what the specification needed to be and the team at Knauf came back to me with exactly what i needed and gave me a date as to when they were going to deliver. I was very surprised at who quickly it all got put through, and before I knew it, I had a delivery date, and I was typically in Manchester.

Luckily, for us there was a bit of a miscommunication on my behalf, and we rescheduled the delivery for another day, and it all worked out just perfect.

The day before the delivery I made sure that the garage at the property was fairly clear, and it looked like it would fit in and so I shut the door and went home. The following day I was in the front room, and I saw a huge Knauf truck rumble down the main road and thought hmmm he didn’t stop and there is no way in hell is he going to be able to turn around and so about 10 minutes later I started to see the traffic backing up the road, and I knew what was happening. 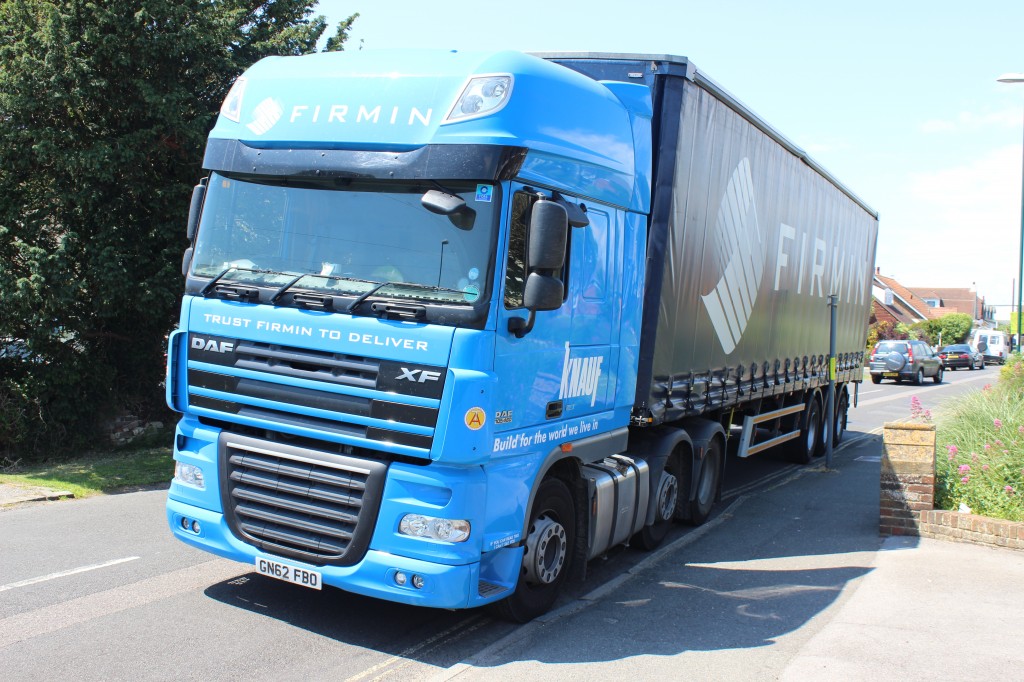 The lorry was now reversing back up the road very slowly between cars, and I have to say what a champ of a driver, he looked as cool as a cucumber and was soon unloading the fork truck off the back of the truck.

I looked like a bit of an anorak taking photos of the truck, but it was quite cool to see it outside our place, and it looked huge!! 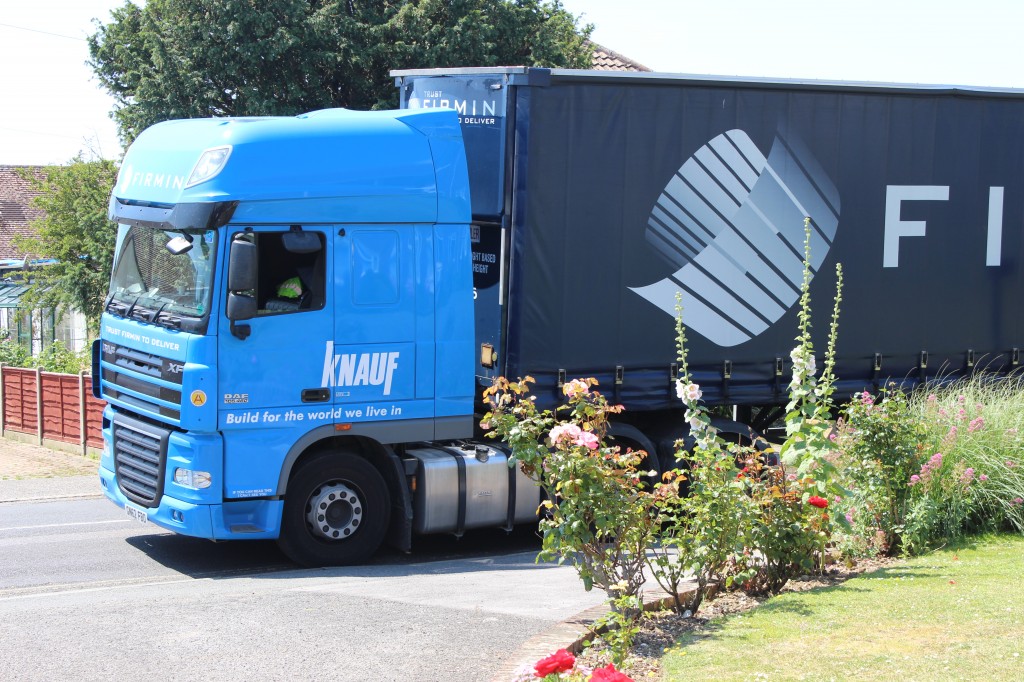 The driver whizzed the first pallet up the drive and straight away I knew there was no way in hell was that going to fit in the garage let alone the second or the third pallet. So I decided to make the decision and leave the pallets outside the garage, and I would manually unload them into the garage later. 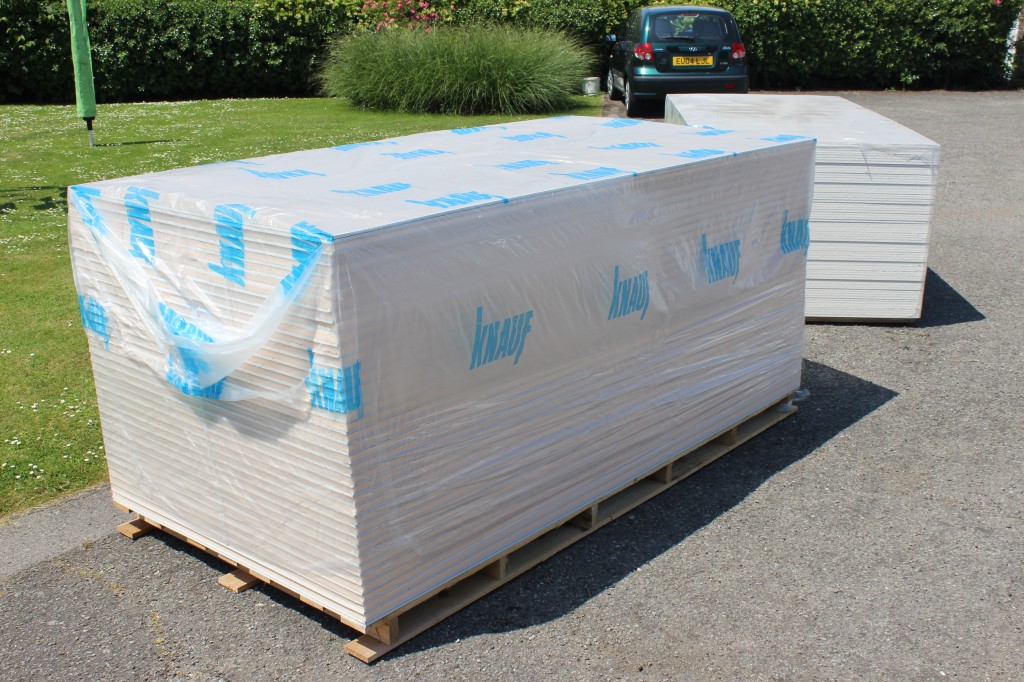 I unloaded the first load of plasterboard on my own, but it was the lighter boards with the foam on the back and so quite easy to lift but after 36 odd boards I was beginning to fall apart. Remember I am a pen pushing southern softie now so this form of labour seems like a lifetime ago.

I must have started looking like I was flagging as my 80-year-old neighbour came around with a cup of tea and biscuit and offered his help. I felt bad for taking up on his offer, but he is quite a fit chap and we were soon busy lifting boards and putting them away in the garage.

It must have taken us about four hours in total with regular stops and rests, and I think that was mainly for my benefit, but I have also forgotten to mention that it was beautiful sunshine, and it was hot and I mean it was mega hot. I resided to wearing a woolly beany hat to soak up the sweat and to shade my somewhat patchy head from burning. 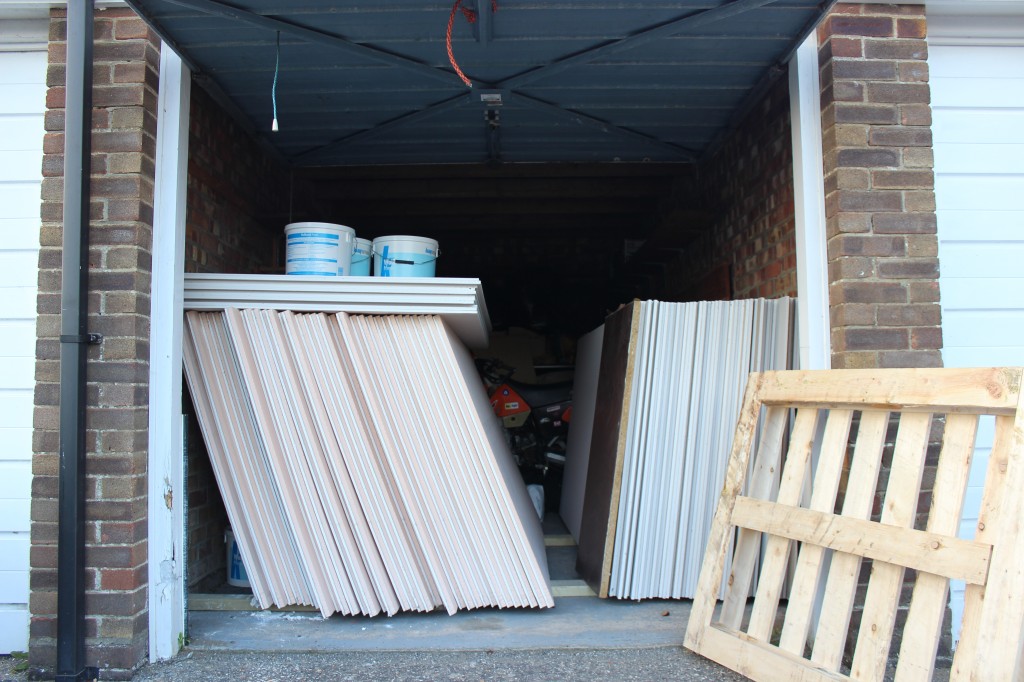 But it was all in bar 10 boards where my good lady helped me load them upstairs ready for me to start tacking a few ceilings. Jane was moaning about the weight but soon shut up when she saw how full the garage was. Somewhere behind that stack of plasterboard is my KTM motorbike… looks like its going to be there for a while.

We should have enough Knauf plasterboard to complete the project and to say that I am grateful for what Knauf has done is an understatement. Not only are they great sponsors and support us but also have really helped us out, and I am looking forward to working very closely with Knauf in the future.

The government is due to launch its £2 billion Green Homes Grant scheme in late September, which will enable homeowners to make savings on their energy bills while … END_OF_DOCUMENT_TOKEN_TO_BE_REPLACED

Working as a skilled tradesperson can offer several great benefits. You will have the opportunity to pursue something that you’re passionate about, have lots of job … END_OF_DOCUMENT_TOKEN_TO_BE_REPLACED

Makita UK has launched a new and improved collection of belts and pouches to its extensive and popular range of accessories. The newly designed range makes it even easier … END_OF_DOCUMENT_TOKEN_TO_BE_REPLACED

In a positive move for the future of skills and talent in the plastering industry, British Gypsum has announced that its Site Ready Skimming Course has been successfully … END_OF_DOCUMENT_TOKEN_TO_BE_REPLACED