It has been quite a while now that I have posted and that is because I have been absolutely flat out working on the project and to be honest it is killing me. I am broken my hands are cracked my shoulders are creaking and I am grumpy. Yep, I feel like a plasterer again.

So since my last update where I had a couple of friends down to fit the kitchen and bathrooms and due to time restraints I got my chippy friend to fit the solid oak work tops and just generally finish off the kitchen and I think you will agree its taking shape.. 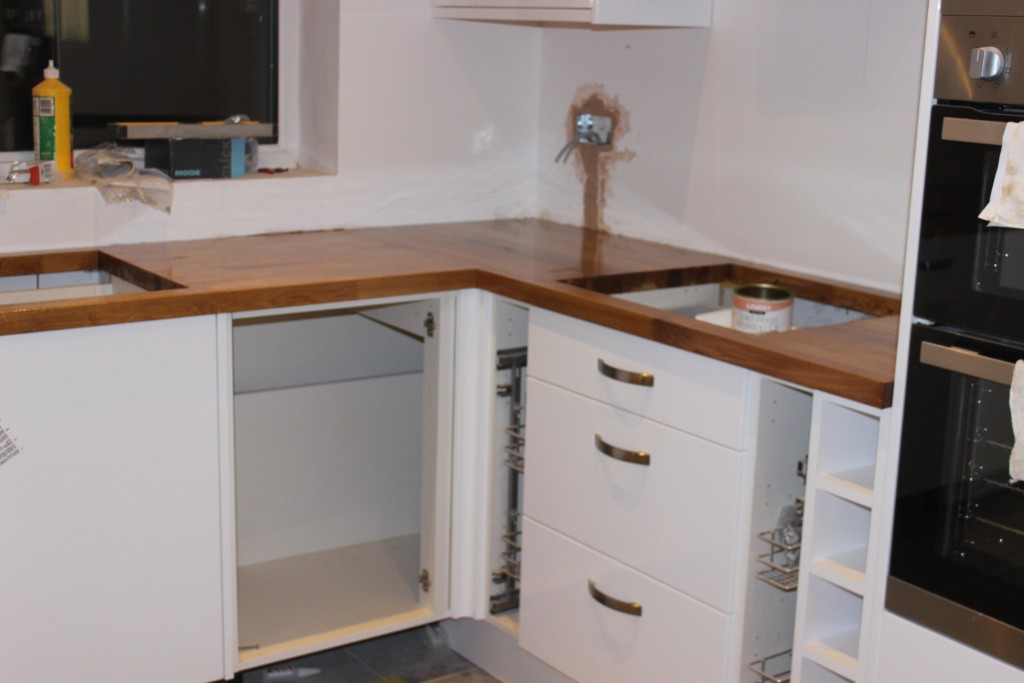 We still have the sink to go in but we are going to get the plumber who will fit our hot water cylinder to do that because we have already broken one sink so we shall leave that to the experts I think. 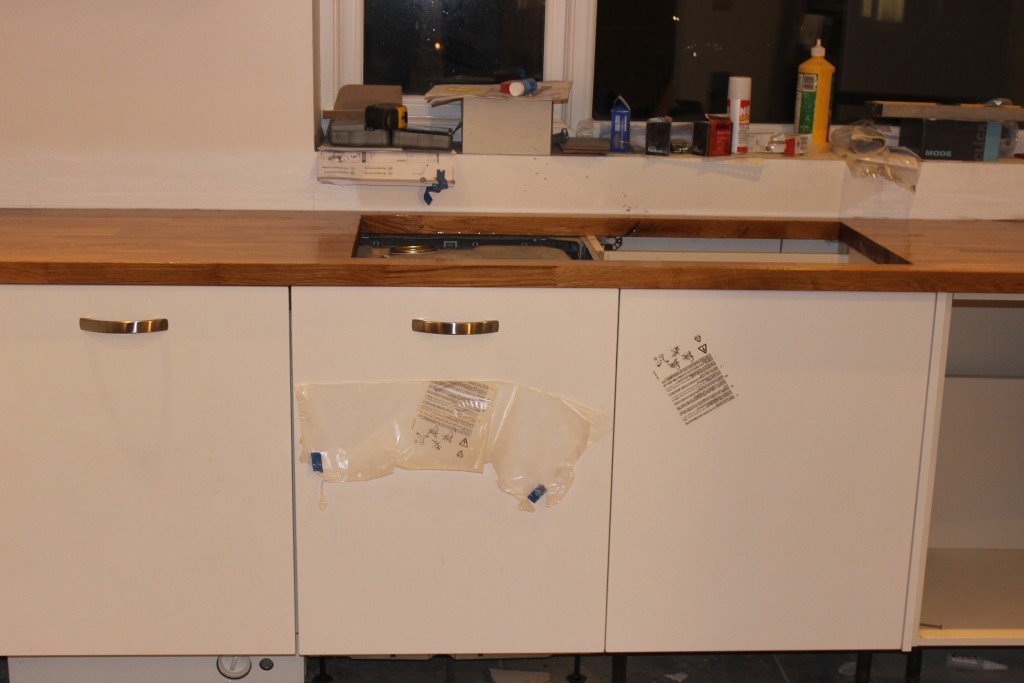 The chippy has been working manically trying to keep the project moving along while I carry on and plaster out the office, the airing cupboard and our server cupboard along with stairs and landing walls. As you can imagine every single one of those rooms/areas is awkward whether its awkward angles or a bit of a stretch to get to the top corners over the stairwell or simply a small space it was frustrating as I just needed to push on a get the plastering finished.

I had the electrician round just checking and finishing off the second fix of all the rooms I had already plastered and he was moaning constantly about everything but hey ho I just ignored him and topped up his boxes that I had been neatly cutting out for him and he soon piped down. 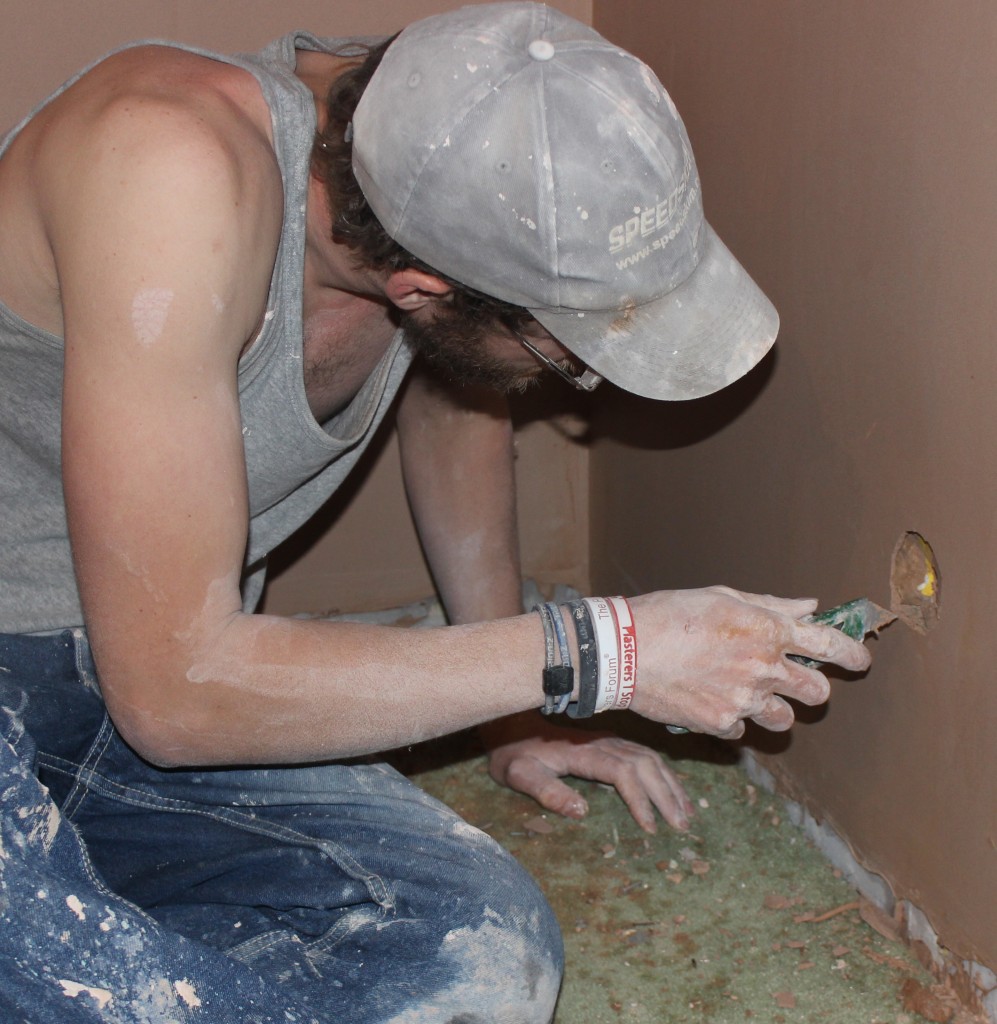 I was off plastering the lounge and generally trying to push on and get the plastering finished but it was hard work the chippy was getting the stair bannisters in and the handrails on and I found this very interesting and I could waste the days watching a  true craftsman working but nope I was slapping it on and when I finally got moving I did enjoy it. 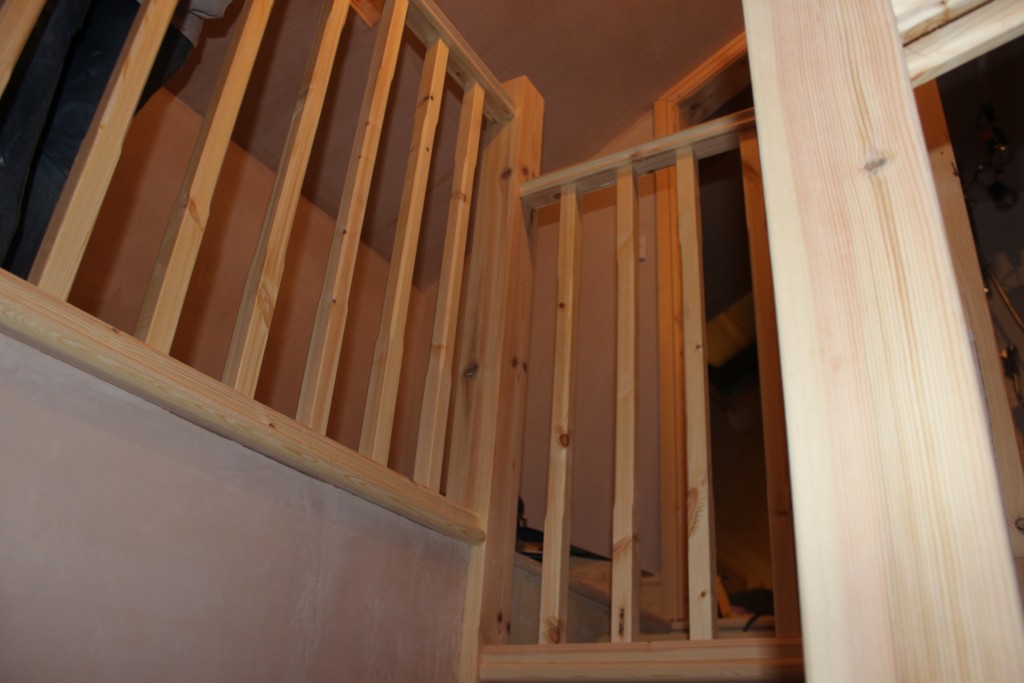 I have been laying on with my Nela 16 inch, flattening in with a speedskim and then also whipping over with an 18inch and then finishing with a Nela Superflex and its going well and to be frank I have been very impressed with the standard if finish although I have been battling with being dazzled and then being plunged into darkness but still the standard has been ok. 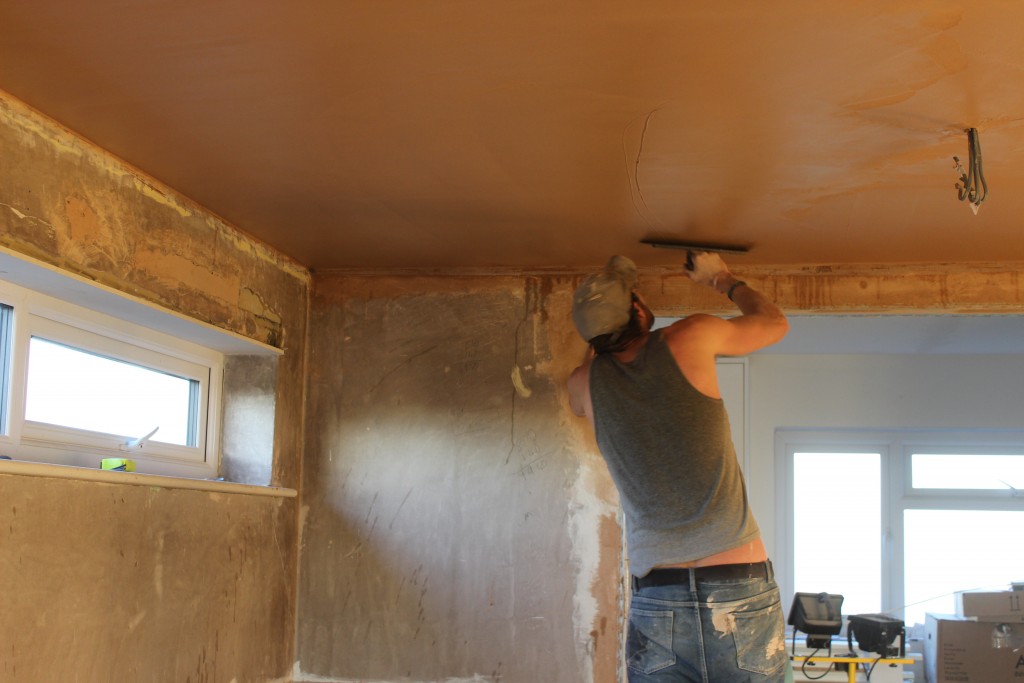 But what I have noticed is that the bigger trowels have been playing havoc with my elbow and the pain was starting to get to a point it would make me flinch and this is a part of plastering that all plasterers will either understand or they will soon get to understand and if you go to the doctors they will tell you to rest it… yeah right!!

The good thing is we are pushing forward and moving in in january is looking very likely which will be great as I am looking forward to not having to think about anything for a week or so and just start getting back to normal and working in my new fancy office.

I am feeling the strain of it all now though I am slipping behind with everything in a bid to try and get this project finished and so we can move in and start getting on with our lives.

The government is due to launch its £2 billion Green Homes Grant scheme in late September, which will enable homeowners to make savings on their energy bills while … END_OF_DOCUMENT_TOKEN_TO_BE_REPLACED

Working as a skilled tradesperson can offer several great benefits. You will have the opportunity to pursue something that you’re passionate about, have lots of job … END_OF_DOCUMENT_TOKEN_TO_BE_REPLACED

Makita UK has launched a new and improved collection of belts and pouches to its extensive and popular range of accessories. The newly designed range makes it even easier … END_OF_DOCUMENT_TOKEN_TO_BE_REPLACED

In a positive move for the future of skills and talent in the plastering industry, British Gypsum has announced that its Site Ready Skimming Course has been successfully … END_OF_DOCUMENT_TOKEN_TO_BE_REPLACED