When we built the stairs in our flat, we had to remove the fitted wardrobes in our bedroom, and this was the only way we could get the stairs in without taking too much space from anywhere else. 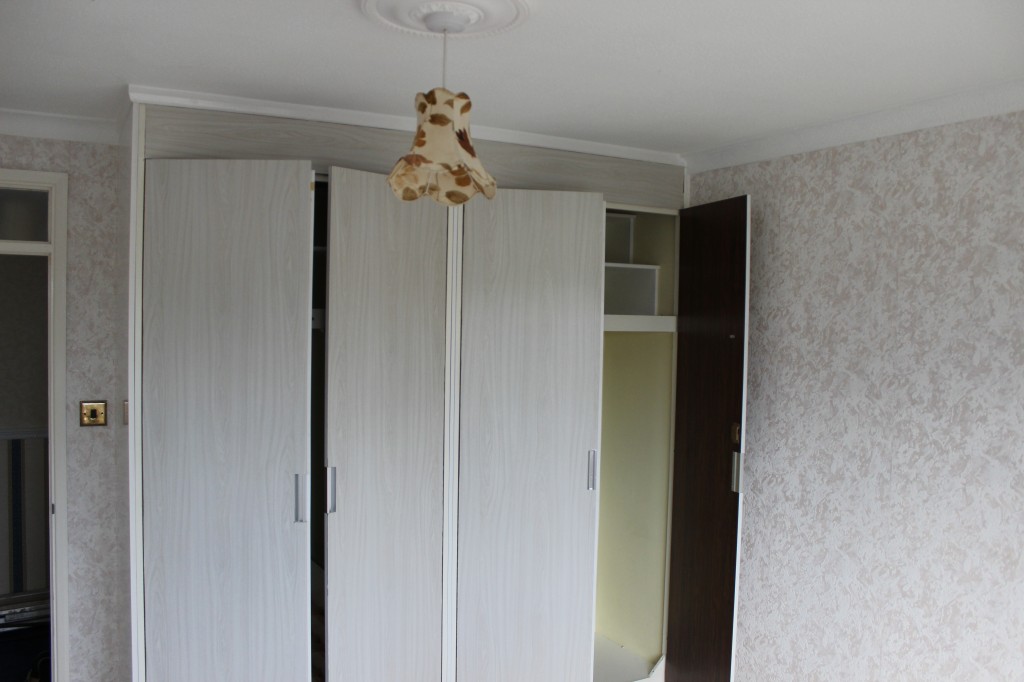 The trouble with any flat no matter what the size you need to be clever with creating storage space, and this is not any different for us. We needed to get some cupboards back in the bedroom, and they would have to be built around the staircase.

I had an idea on how I was going to do this, but it still took a lot of thinking and working out, and also I was trying to do it so that the cupboard supported the stairs a lot more as there is nothing worse than a creaking staircase.

I built the structure of the cupboards with 4×2 timber and use 18mm MDF for the floor, and once that was done I was then going to work out how to do the rest. Some may say I was winging it 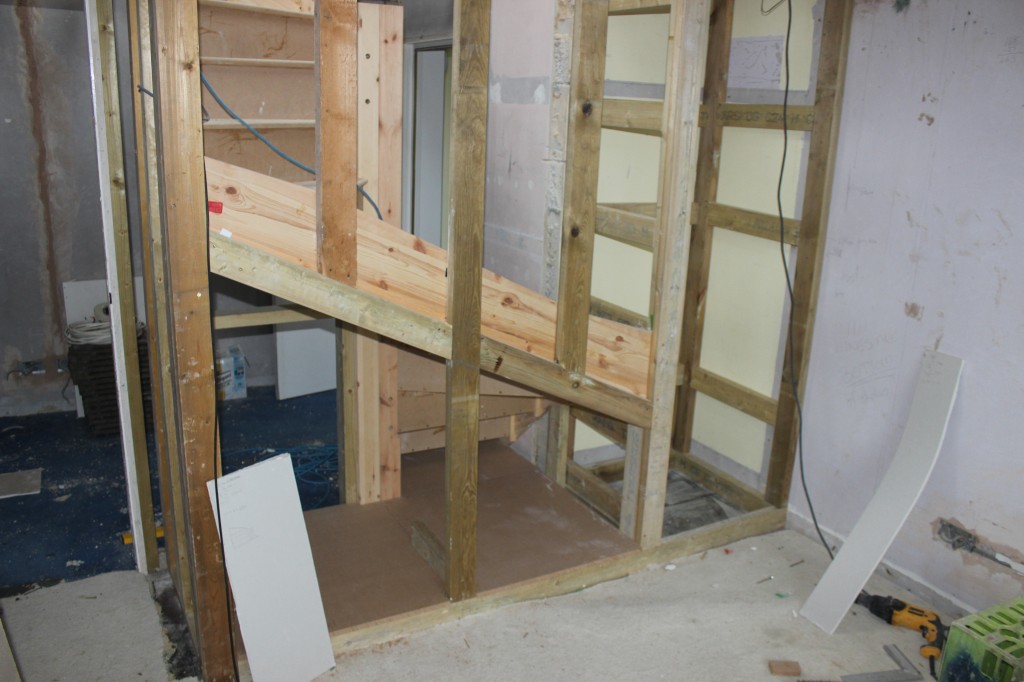 The cupboard was going to be split up into three separate compartments with the one on the far right going to be a wardrobe and the two to the left of that are going to be shelves and what not.

Half way through building I thought that we needed a place to put our vacuum cleaner and then started scratching my head and to be honest I spent a lot of time scratching my head. I quick walk around to the hallway and the decision was made that the far left cupboard would be split in half, and the other side of the cupboard would be accessible from the hallway, and that is where the Hoover will go. 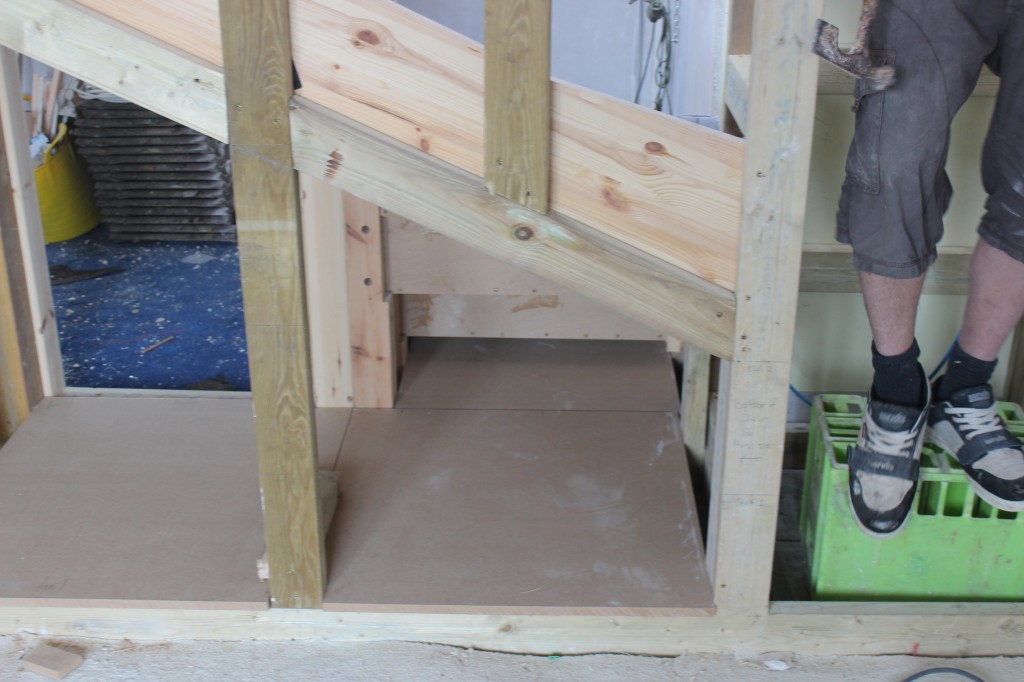 Believe I or not I spent nearly four days building these cupboards, for some reason, they took forever and a lot of timber. I had no idea that it was going to take that long or that amount of wood and by day four, I was royally fed with the damn things, but I knew in the end, they would look great. 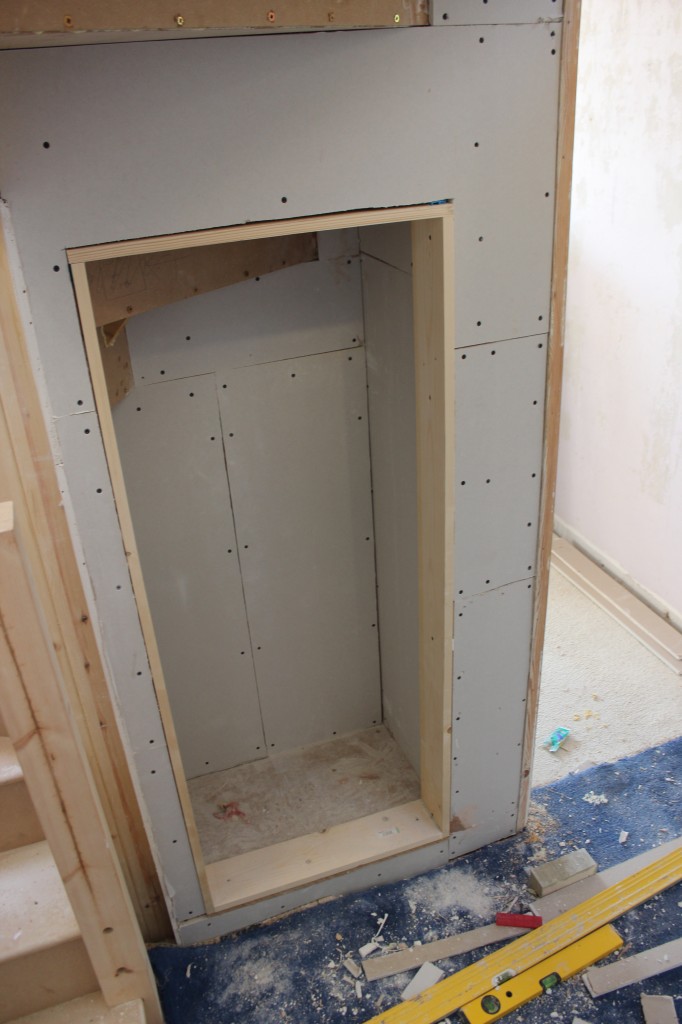 Once the structure was built, and the floor was in, I was then able to start fitting the door linings, and that was fun. I spent a number of hours just swinging door linings around to get them perfect, and eventually I got them right, and I was happy.

Plaster boarding these little rooms were always going to be a challenge, and I also wanted to keep the stair treads as exposed as much as I can for a couple of years so that I can adjust them over time and keep those squeaks and creaks at bay… 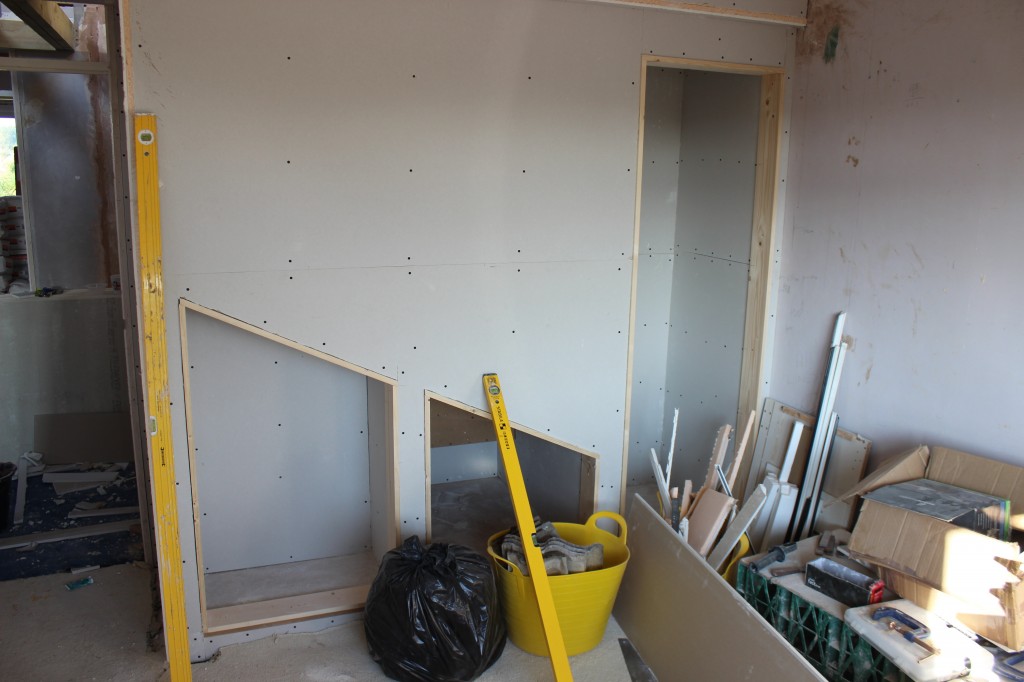 With the cupboards plaster boarded I was happy, and I think even Jane was quite impressed. It once again makes me respect chippies a little more as it looks easy but god does it take some thinking.

The government is due to launch its £2 billion Green Homes Grant scheme in late September, which will enable homeowners to make savings on their energy bills while … END_OF_DOCUMENT_TOKEN_TO_BE_REPLACED

Working as a skilled tradesperson can offer several great benefits. You will have the opportunity to pursue something that you’re passionate about, have lots of job … END_OF_DOCUMENT_TOKEN_TO_BE_REPLACED

Makita UK has launched a new and improved collection of belts and pouches to its extensive and popular range of accessories. The newly designed range makes it even easier … END_OF_DOCUMENT_TOKEN_TO_BE_REPLACED

In a positive move for the future of skills and talent in the plastering industry, British Gypsum has announced that its Site Ready Skimming Course has been successfully … END_OF_DOCUMENT_TOKEN_TO_BE_REPLACED