So the last few days I have been plastering for a very good friend of mine, and as usual, I had tools to play with and see what they are like 🙂 As you have probably read in the past I have been right behind plastic trowels from day one, and I have a lot of experience now with them. 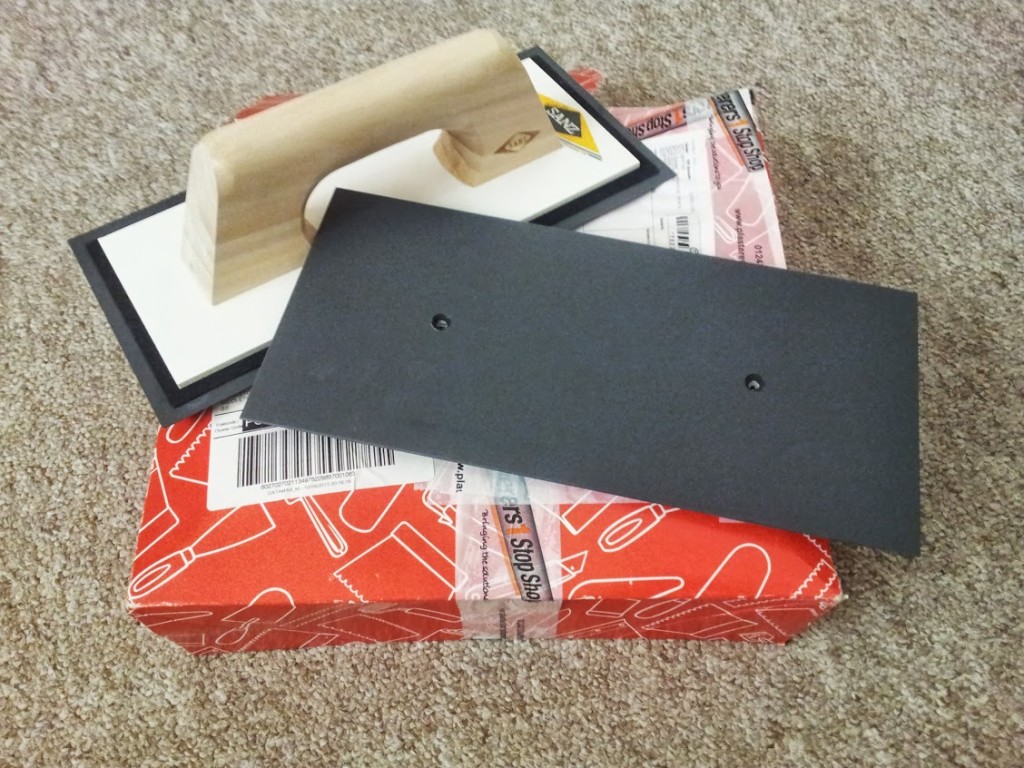 Ok, before we start you will notice that these two trowels are actually very different, so I won’t be comparing them completely side by side, but I will be talking about its uses.

The first thing that strikes me with this trowel was when I got it out of the box, it had a massive wooden handle, and I was a little shocked to see it but to be honest I know that a lot of old-school plasterers like the wooded handles on their normal skimming trowels, so I was not going to write this off straight away.

The Plasterers 1 Stop Shop Plastic Trowel has actually been sat in my office for quite sometime, and I have been fiddling with it while sat at my desk, and the handle has become very comfortable, and I rather like the feel of it now and as always when I get a new tool sent to my office, I am eager to try it out.

So today’s task was to skim an extremely small downstairs toilet that was under the stairs and as always, there was a very windy stair winder as ceiling, and I knew that a plastic trowel was going to be ideal for this task. The other thing was that this toilet was full of awkward pipe work and tight spaces. It was a bit of a nightmare. I could touch every wall from standing in the doorway so you can get a bit of an idea of the size of this tiny room.

The first task was to put a tight coat of bonding over the walls, and this is only me being a bit of a perfectionist, and I just like straightening out walls then skimming is always a whole lot easier after they have been bonded. It soon came to light that I was not going to be putting this small room on all in one set, purely for the fact that I kept sticking my bum in the wall or banging my head on the slope of the ceiling.

Ok so for the ceiling there were a couple of curves and with the Plasterers 1 Stop Shop Plastic Trowel. There is not as much flex with the blade which was quite likeable and made a nice trowel to use on backing plasters. The downside was that the trowel is a bit smaller than what I am use to so it was going to feel a little strange to me, but it was nice to use on the bonding coat and the ceiling was taking shape, and it handled the ceiling great.

So to start the skimming off, I was going to be doing the ceiling and the window wall and the window reveals, I laid the initial coat on using my Marshalltown 13 inch skimming trowel and as always, this trowel never lets me down. When the first coat started to pick up, I topped it with another tight coat of finish, and then I put the stainless trowel away and cracked out the plastic trowel. 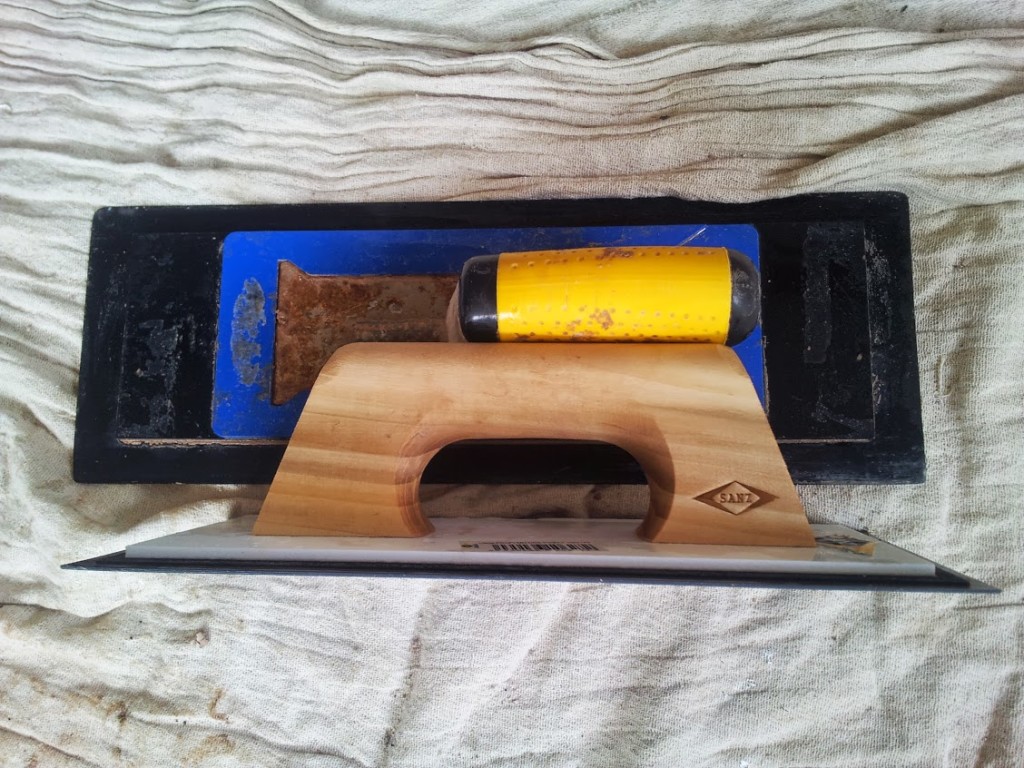 I have been finishing walls with a plastic trowel for a couple of years now, and so I know what I need to do to get that finish, and one of the key things is not to use water to trowel the wall up. In an ideal world, you shouldn’t be using vast amounts of water when finishing a wall, and I have worked with a few plasterers that use very little and get a great finish, but I have worked with others, and they lash the water on the wall and well let’s just say the finish is not 100%.

For the final few trowels, I decided to get the Plasterers 1 Stop Shop plastic out again and this is where it came into its own, I trowelled up and finished the wall, and I have to say I was quite impressed with the finish. I like that the blade was not too flexible as it meant I could get into the corners but also the blade was flexible enough to get around the curves, and this helped no end. I was still struggling with the size of the trowel, but it squeezed in between pipes, and it finished behind them beautifully so to be fair I was quite happy. It finishes the wall/ceiling lovely and is brilliant for the final trowel. The blade stiffness is ideal and finishes a lot better than my normal trowel. I was actually very impressed with the finish.

Would I buy another one?

Hell yes, it is a great little trowel and its very affordable for less that £10 you have plastic trowel, and it also comes with a spare blade as well which in all honesty is a bargain. I would want it slightly bigger though as I mentioned before a 14 inch, one would be ideal for me as that is more of a size I am use to, but I would only really use it on the final pass on a ceiling or wall. It is prefect for cross troweling and finishing and also its very tough against getting nicks in the blade unlike my other trowel, which is constantly getting damaged. 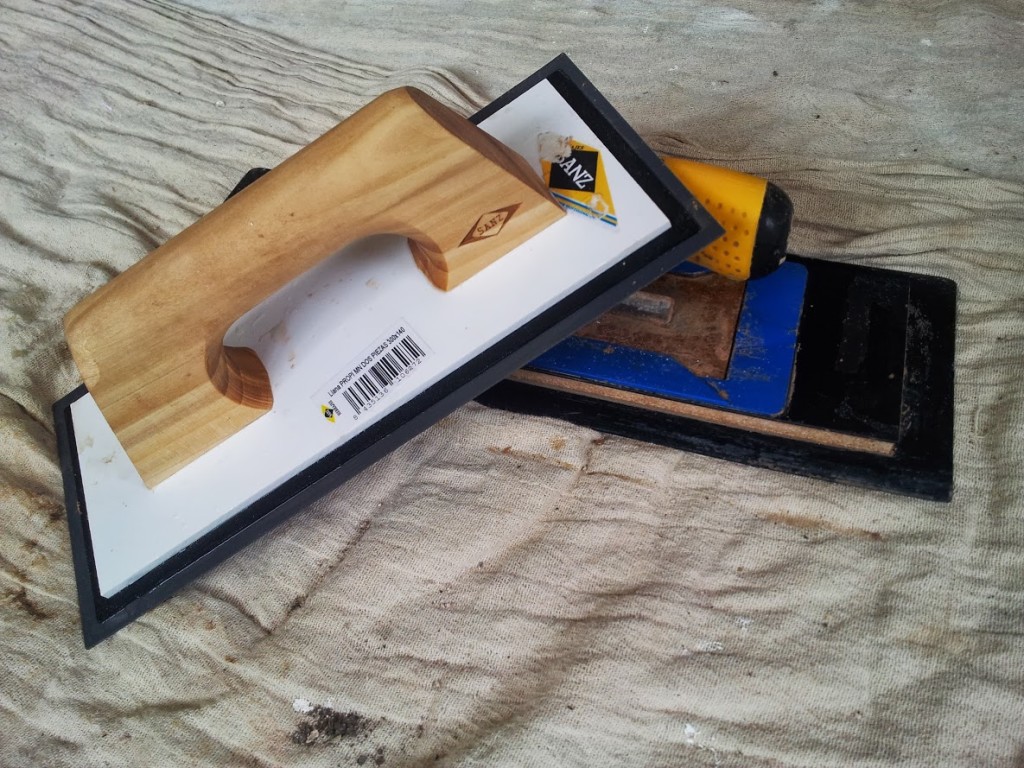 Plastic trowels are not for everybody, and they probably won’t replace stainless trowels but for finishing, I seriously don’t think they can be beaten and what I do love is that if you do lose/damage your stainless steel skimming trowel it’s not the end of the world as a plastic trowel can quickly get the same, if not better finish.

Since using plastic to finish my work, I a lot cleaner, and I don’t have the need to use loads of water which s the key and using plastic just aids the process. If you have not tried a plastic trowel, then you really do need to try one as I am sure you will see the benefits.

The government is due to launch its £2 billion Green Homes Grant scheme in late September, which will enable homeowners to make savings on their energy bills while … END_OF_DOCUMENT_TOKEN_TO_BE_REPLACED

Working as a skilled tradesperson can offer several great benefits. You will have the opportunity to pursue something that you’re passionate about, have lots of job … END_OF_DOCUMENT_TOKEN_TO_BE_REPLACED

Makita UK has launched a new and improved collection of belts and pouches to its extensive and popular range of accessories. The newly designed range makes it even easier … END_OF_DOCUMENT_TOKEN_TO_BE_REPLACED

In a positive move for the future of skills and talent in the plastering industry, British Gypsum has announced that its Site Ready Skimming Course has been successfully … END_OF_DOCUMENT_TOKEN_TO_BE_REPLACED