One of the perks of being behind the 2 biggest plastering sites on the internet is that I get to see some of the latest tools and also get the pleasure of trying them out. I get sent lots of tools and I have tried a number of new tools recently but when this new plastering trowel landed on my doorstep this morning I could not contain my excitement and had it unwrapped and sat on my desk in a flash. 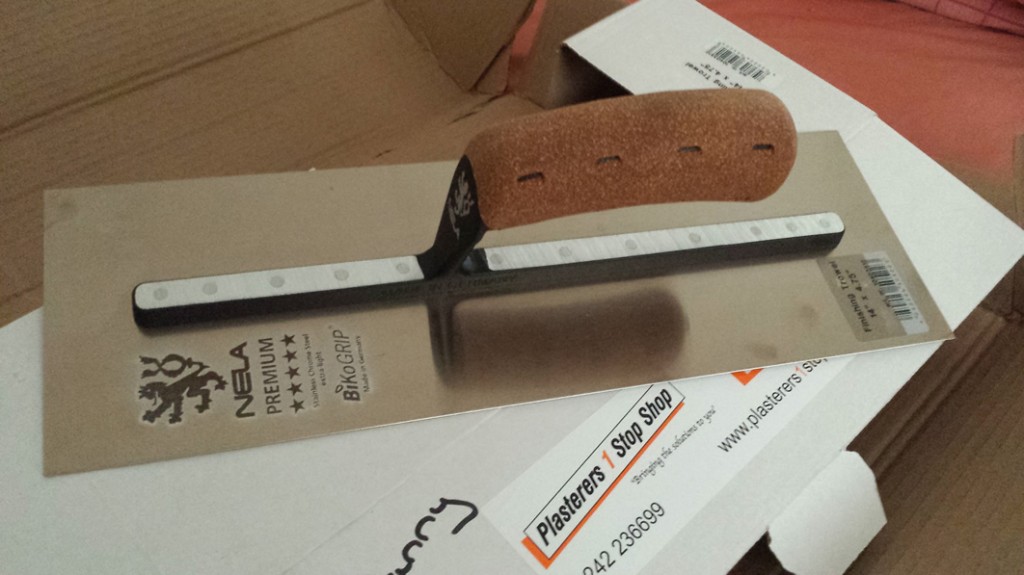 Its a 14 inch trowel that is 4.75inches wide and is brought to us by The Plasterers Forum® sponsors Plasterers 1 Stop Shop. The first thing you will notice is that this trowel has a cork handle and although there has been some speculation as to whether this handle will last and whether it will hurt your hands when it gets wet is all up in the air. However these trowels are popular in Austria and germany and have already been put through their paces and they love them. 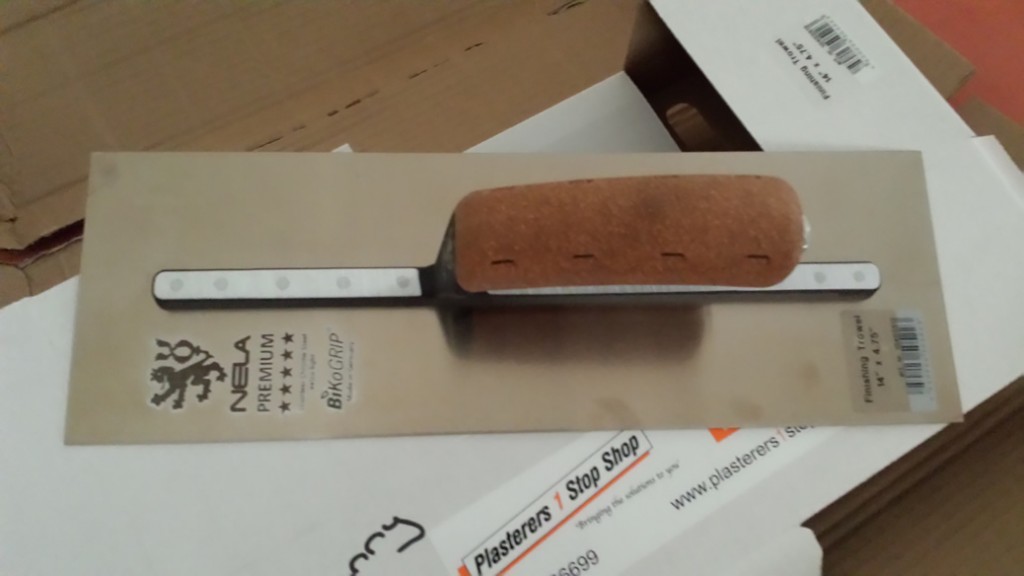 Getting the trowel out the box for the first time and I instantly could tell that it was slightly heavier than the leading competitor of Marshalltown but looking over the trowel you can see the build quality is second to none. There are not any rivets showing through the underneath of the trowel. This is where many plasterers will see their Marshalltown trowels start to break and thats where the pop rivets start going. 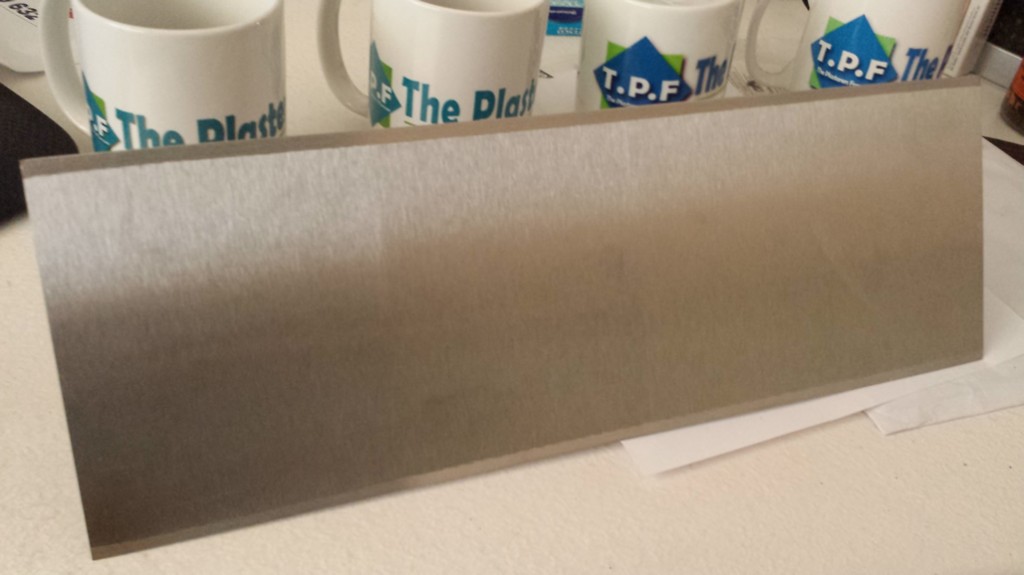 The trowel feels well balanced in your and and I have to say I already love the cork handle and I think its going to come into its own once the handle gets wet. I hate plastering with wet hands and the handle of the trowel being wet is very annoying so I am hoping that the cork handle will give you a constant grip on the trowel no matter how wet it gets.

I have not had the chance to actually put this trowel through its paces but I will be hopefully next week have a couple of ceilings to get plastered in our new property. The feedback from other plasterers that have also received these trowels have so far all been positive but it is still very early to say but I am very confident that these plastering trowels will do the trick will be a nice alternative to the normal marshalltown trowels.

Thanks again to Plasterers 1 Stop Shopfor sending me the trowel and I look forward to giving it a go in a week or so.

The government is due to launch its £2 billion Green Homes Grant scheme in late September, which will enable homeowners to make savings on their energy bills while … END_OF_DOCUMENT_TOKEN_TO_BE_REPLACED

Working as a skilled tradesperson can offer several great benefits. You will have the opportunity to pursue something that you’re passionate about, have lots of job … END_OF_DOCUMENT_TOKEN_TO_BE_REPLACED

Makita UK has launched a new and improved collection of belts and pouches to its extensive and popular range of accessories. The newly designed range makes it even easier … END_OF_DOCUMENT_TOKEN_TO_BE_REPLACED

In a positive move for the future of skills and talent in the plastering industry, British Gypsum has announced that its Site Ready Skimming Course has been successfully … END_OF_DOCUMENT_TOKEN_TO_BE_REPLACED