Late paying has been the norm in business for a long time, and when massive companies like Tesco boast about how they paid everybody late, and by doing so generated enough money to build a store outright, which is great news for Tesco, but what about the smaller companies that relied on the payments? 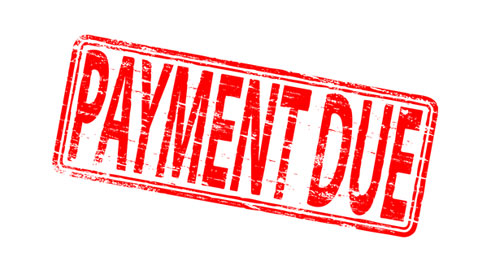 A new late-payment law came into force during March 2013, which means that companies that don’t pay their suppliers on time will get charged interest and will be subjected to pay all costs for the debt recovery, which have been incurred by the supplier.

A lot of companies pay as late as they can to help combat cash flow issues and a new EU directive is targeting late payment in commercial transactions, which have been put in place to make it easier for the supplier to pursue the company paying late in a bid to clamp down the culture of late paying.

Under the new legislation, public authorities must pay for the goods and services that they use within 30 days, and if they fail to do this, they will automatically get charged 8% interest above the Bank of England’s base Rate. Then normal businesses must now pay their suppliers within 60 days unless it has been agreed otherwise in a contract, and if they do not pay they will also have the right to charge 8% above the Bank of England’s base rate.

This is great news for the industry as I know from a lot of chatter on The Plasterers Forum that they are fed up with waiting to get paid, and I also know a lot of smaller businesses that have gone bust because they were not paid on time and the secret to running a successful business is making sure you have a good cash flow. If everybody is paying late, subsequently everybody will continue to pay late, which, then turns out to be a catch-22 situation.

I will be interested to see if this has helped anybody, so if you have a story then please contact us with your information.

The government is due to launch its £2 billion Green Homes Grant scheme in late September, which will enable homeowners to make savings on their energy bills while … END_OF_DOCUMENT_TOKEN_TO_BE_REPLACED

Working as a skilled tradesperson can offer several great benefits. You will have the opportunity to pursue something that you’re passionate about, have lots of job … END_OF_DOCUMENT_TOKEN_TO_BE_REPLACED

Makita UK has launched a new and improved collection of belts and pouches to its extensive and popular range of accessories. The newly designed range makes it even easier … END_OF_DOCUMENT_TOKEN_TO_BE_REPLACED

In a positive move for the future of skills and talent in the plastering industry, British Gypsum has announced that its Site Ready Skimming Course has been successfully … END_OF_DOCUMENT_TOKEN_TO_BE_REPLACED