Ease of handling and speed of construction were among the features that led Wates Construction to choose and Windliner Sheathing board together with Knauf SFS facade system when it constructed the Barclay Primary School in Leyton, East London. 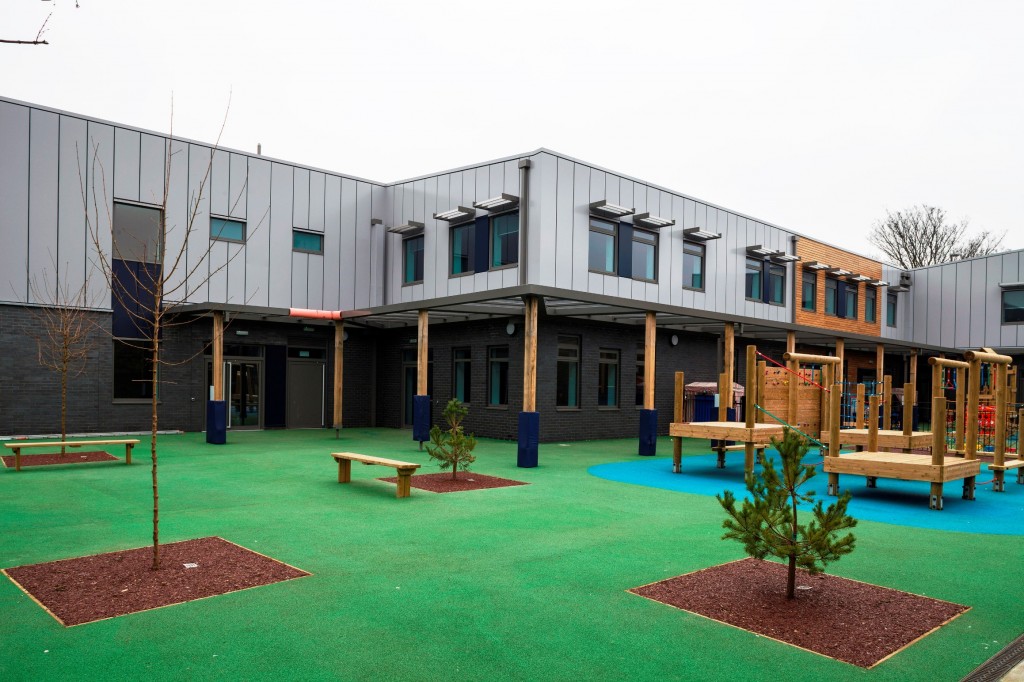 The user-friendliness of the Windliner Sheathing Board particularly impressed project manager Peter Craigie. “I was concerned at first because it looked like plasterboard but when we asked Knauf they stated it can stand up to inclement weather during a typical standard construction programme”.

“The real bonus was that you can use it just like plasterboard – you can score it with a craft knife and snap it just the same. That means we don’t have to use saws and then have set up extraction equipment to deal with the dust –it’s a product that’s very easy to use.”

Designed as weather protection for the outer face of either the Knauf ThermaFrame stud or the Knauf Solid SFS stud, Knauf Windliner is a 12.5mm gypsum-based sheathing board that is faced with specially-treated terracotta paper to resist rain and so can be left exposed for up to three months once installed on a frame. The gypsum base makes Windliner up to a third lighter than comparable cement boards so it is easier to lift, move and fix as well as being fully non-combustible.

Ideal for sites that have particular fire safety needs, Windliner has been classified as meeting the European Standard A2-s1, d0. No specialist tools are required as the board can be cut and fitted like plasterboard. The joints and exposed edges are simply sealed with tape. 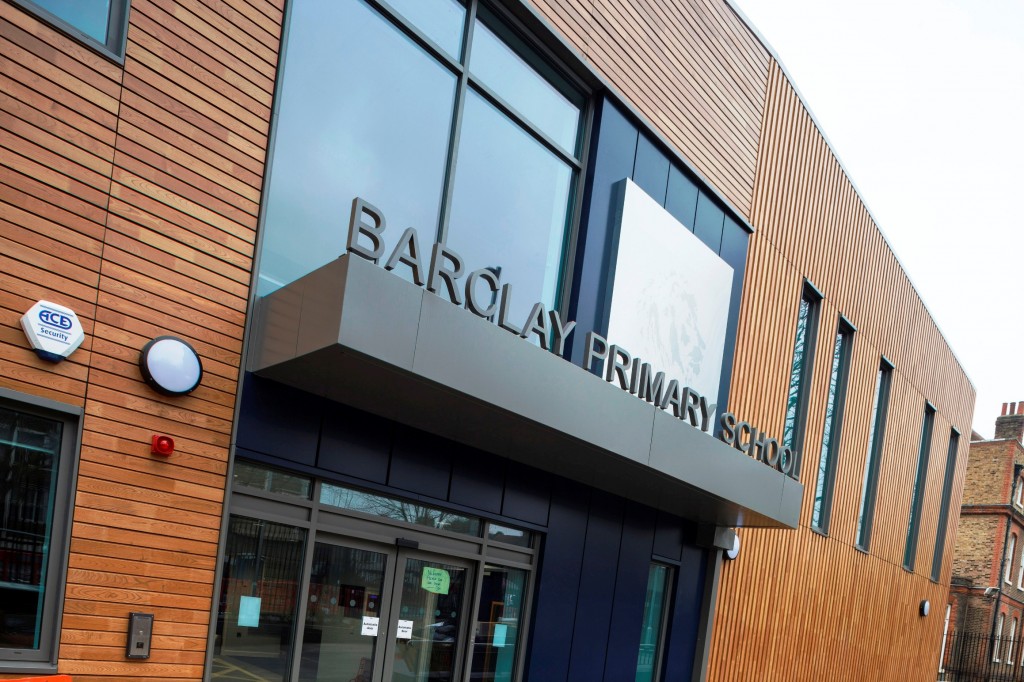 The £6.2 million contract awarded by Waltham Forest Council was to build a two form entry primary school on brownfield land in less than 18 months. Standing two storeys high and providing 2,280m2 of floor space, the finished building has high specification finishes, including chestnut timber cladding and aluminium windows, and sustainable features such as photovoltaic panels.

The speed of construction required favoured the Knauf SFS because it is light, takes around a third less to build than traditional methods and provides a weather-proof envelope early in the build programme to enable first-fix. Knauf SFS is also especially useful in brownfield sites because it requires the foundation requirements. 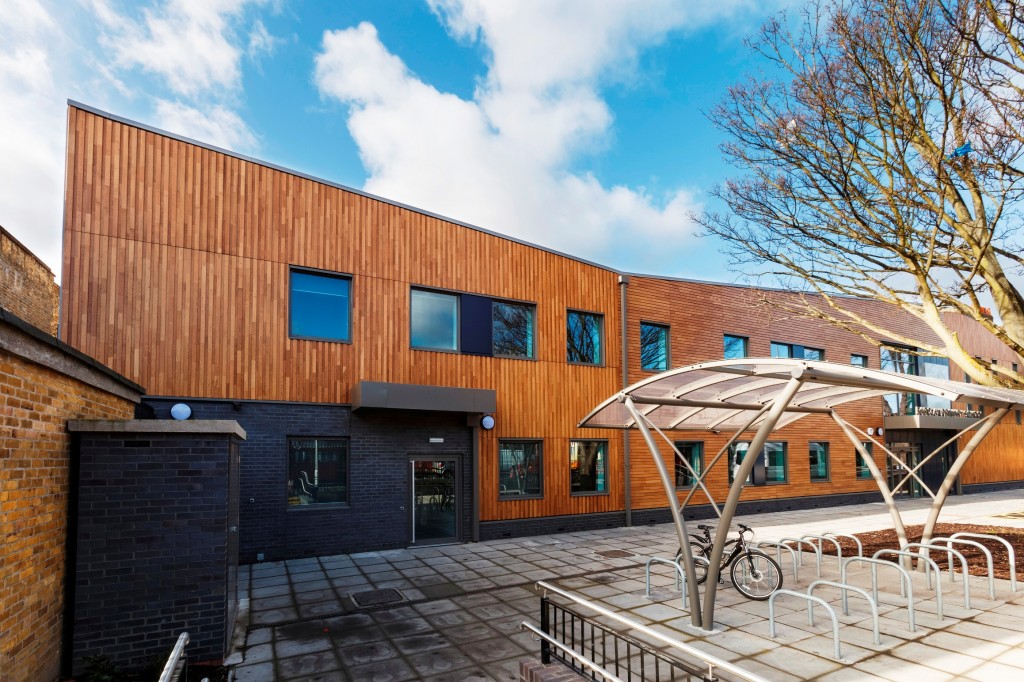 Current difficulties in obtaining supplies of bricks and blocks also made SFS a good choice, commented Peter Craigie. “We only had to use brick and blockwork on the sleeper walls and on the ground to first floor facade, where the external walls will always need to be robust in a school. We used rainscreen on the upper storey, which was a good decision, given current shortages,” he said.

Knauf’s technical support was also appreciated, he said. “It was pretty much a one-stop shop. When I needed a detail sorting out on the drawings they were on it straight away, without any question.”

The government is due to launch its £2 billion Green Homes Grant scheme in late September, which will enable homeowners to make savings on their energy bills while … END_OF_DOCUMENT_TOKEN_TO_BE_REPLACED

Working as a skilled tradesperson can offer several great benefits. You will have the opportunity to pursue something that you’re passionate about, have lots of job … END_OF_DOCUMENT_TOKEN_TO_BE_REPLACED

Makita UK has launched a new and improved collection of belts and pouches to its extensive and popular range of accessories. The newly designed range makes it even easier … END_OF_DOCUMENT_TOKEN_TO_BE_REPLACED

In a positive move for the future of skills and talent in the plastering industry, British Gypsum has announced that its Site Ready Skimming Course has been successfully … END_OF_DOCUMENT_TOKEN_TO_BE_REPLACED