Guaranteed to protect against black mould for five years, Dryzone System Mould Resistant Emulsion Paint from Safeguard Europe provides lasting protection against the effects of condensation and is easily applied over standard paint finishes. Black mould is a particular problem in tenanted properties where moisture build-up from cooking, showering and drying clothes condenses on cold surfaces when rooms are insufficiently ventilated. Kitchens, bathrooms and bedrooms are often prone to the problem. 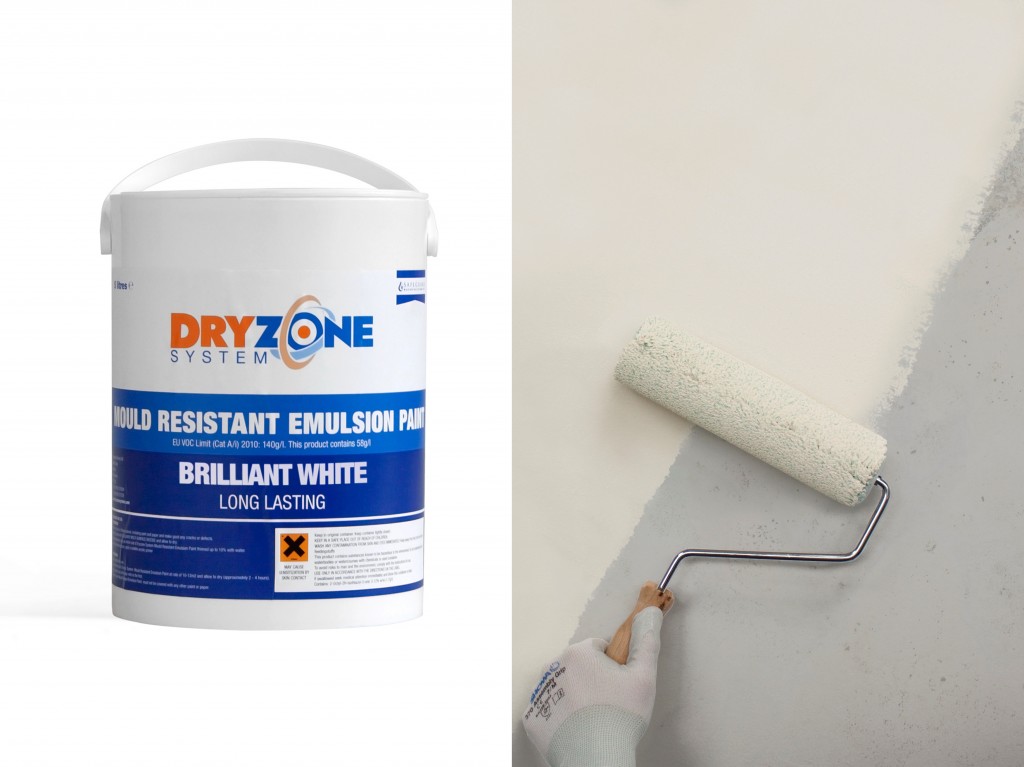 Though adequate ventilation – for example opening windows – can help counter the problem, it is difficult for landlords to enforce such actions. And landlords who don’t take steps to combat mould growth can face legal action under Section 82, Chapter 43 of the Environmental Protection Act 1990 which covers statutory nuisance.

Dryzone System Mould-Resistant Emulsion Paint has been designed for ease of application. First the area must be prepared as it would be for normal re-painting and then walls, ceilings, window frames and joinery must be washed with Soluguard Multi-Surface Biocide to remove all traces of mould. Two coats of mould-resistant emulsion are then applied using a brush or a roller. 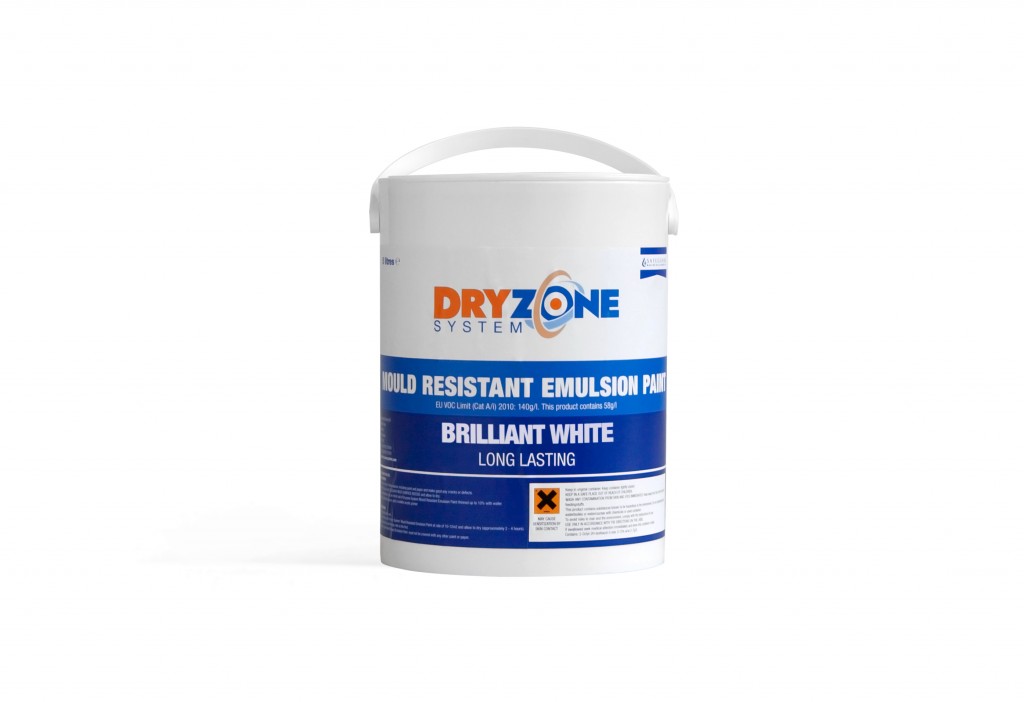 “We began researching mould-resistant emulsions when we realised what a big problem black mould has become,” said Safeguard Europe director Hudson Lambert. “Social housing providers were coming to us and asking for help to tackle it. This paint is a simple and useful solution to mitigating the damage done by condensation.”

The emulsion can also be used on new plaster and over textured wallpaper, such as woodchip. Before any wallpaper is hung on an existing wall, the wall must be treated with biocide. The mould-resistant emulsion should not be covered with any other paint or wall coverings.

The paint comes in brilliant white, magnolia and a selection of pastel colours, with some other colours possible on request. Supplied in 5 litre HDPE containers, it gives an average of between 10 and 12m2 coverage per litre, less if surfaces are rough or porous. The paint will be touch-dry in an hour, with between two and four hours required between coats.

As with all Safeguard Europe products, the Dryzone System Mould-Resistant Emulsion Paint comes with the support and back up of the company’s technical department, which can provide information, advice and guidance.

The government is due to launch its £2 billion Green Homes Grant scheme in late September, which will enable homeowners to make savings on their energy bills while … END_OF_DOCUMENT_TOKEN_TO_BE_REPLACED

Working as a skilled tradesperson can offer several great benefits. You will have the opportunity to pursue something that you’re passionate about, have lots of job … END_OF_DOCUMENT_TOKEN_TO_BE_REPLACED

Makita UK has launched a new and improved collection of belts and pouches to its extensive and popular range of accessories. The newly designed range makes it even easier … END_OF_DOCUMENT_TOKEN_TO_BE_REPLACED

In a positive move for the future of skills and talent in the plastering industry, British Gypsum has announced that its Site Ready Skimming Course has been successfully … END_OF_DOCUMENT_TOKEN_TO_BE_REPLACED