Jewson has announced the winners of its 2017 Building Better Communities competition, giving two Trade Heroes and 24 regional projects from across the UK a share of the £250,000 prize fund. 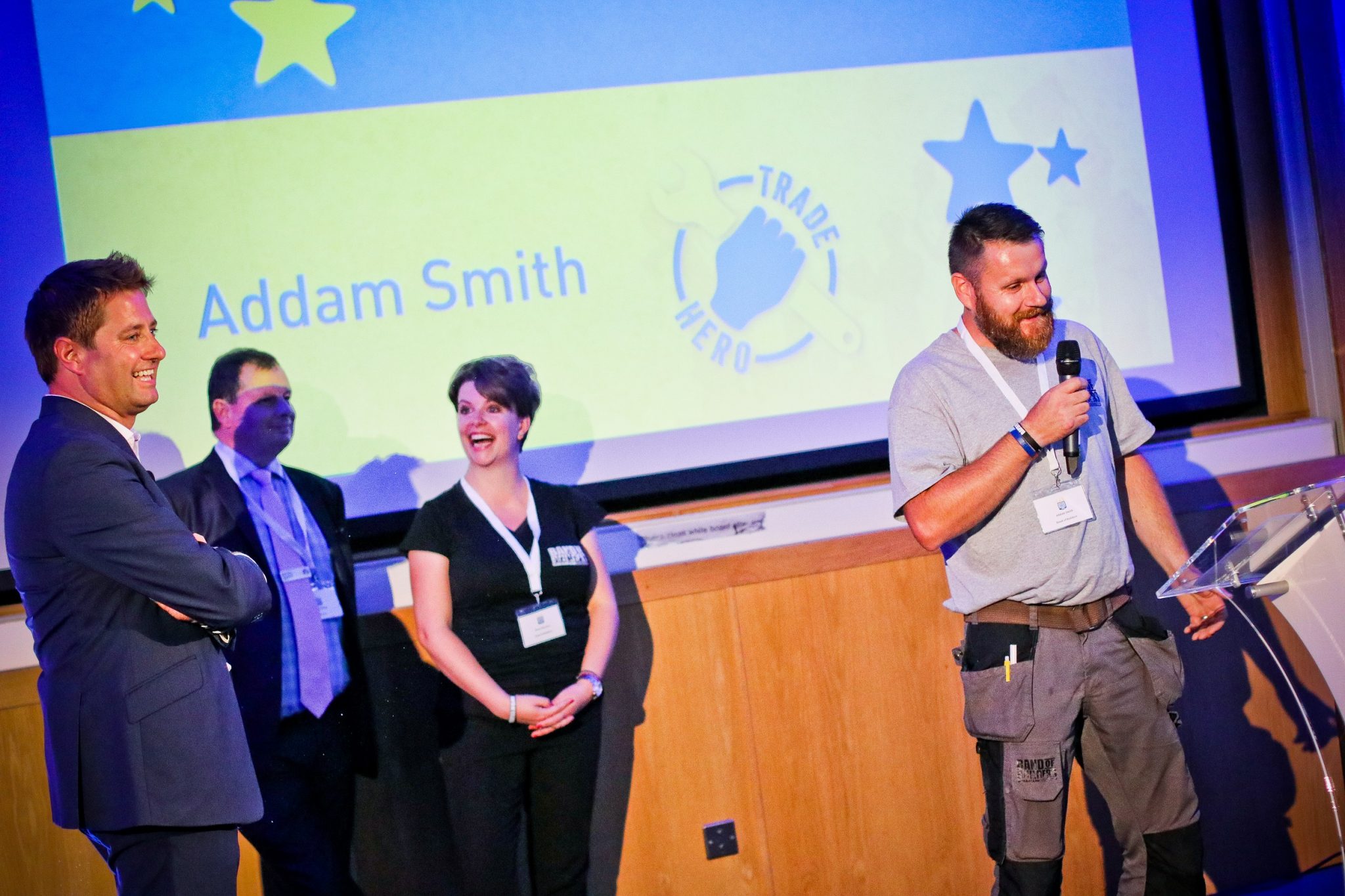 Addam Smith has been crowned winner of the Trade Hero category, and will now receive £50,000 worth of building materials to complete a community renovation project. Addam Smith and his ‘Band of Builders’ helped to transform the home of their friend, Keith, who was diagnosed with terminal cancer. In his memory, the team now has plans to help others by extending the scheme nationwide.

David Thomas, a Plasterer from Stafford, was named runner-up in the category and has been awarded £10,000 worth of building materials. David and his family set up the Little Laura charity after his other daughter passed away, and he has spent the past year working with Marshlands Special School to build a sensory garden in her memory.

The Trade Hero category was introduced to the 2017 awards to celebrate those in the construction industry who work tirelessly behind the scenes to make their communities better places to live. 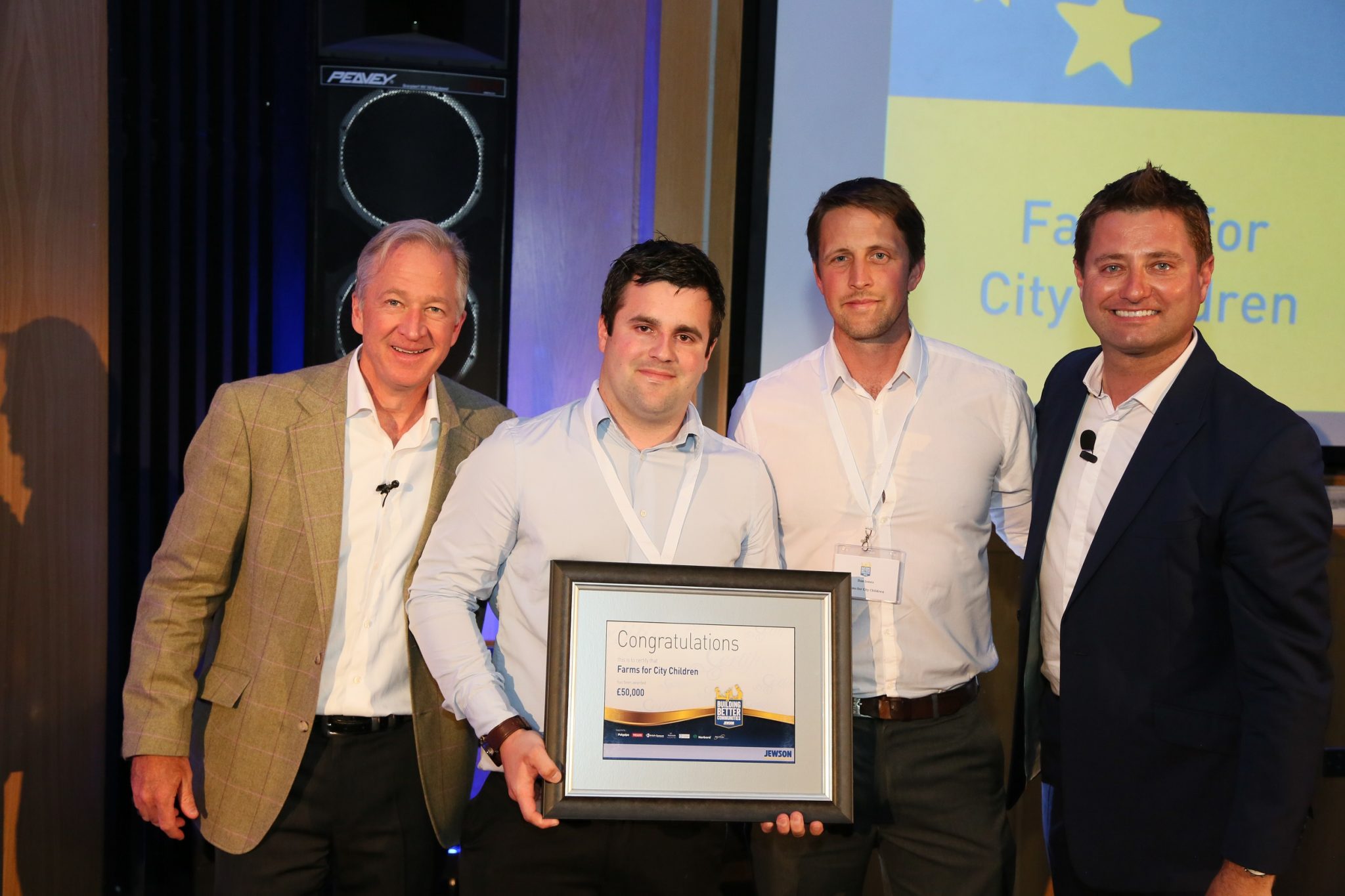 The 26 winners were invited to an awards ceremony at the University of Nottingham on Wednesday 5th July where celebrity architect, George Clarke, presented the prizes.

George Clarke commented: “I’ve been so impressed with the projects and amount of causes helped over the past few years, so it’s been an honour to have supported the Building Better Communities competition from Jewson. The funds donated will help the groups and charities make huge improvements to their buildings and, ultimately, make a difference to the communities of today and of the future.”

The competition was launched in March 2017 and saw the prize fund doubled for its third year. More than 2,000 entries were submitted and, with the help of Jewson employees and suppliers, the number was narrowed down to a shortlist of 42. This was then put to a public vote and, following further judging, Jewson announced the winners.

Mark Rayfield, Jewson CEO, said: “When we launched the Trade Hero category, we knew that we’d see some inspiring stories emerge. Addam and David both work tirelessly to help people around them, and we’re proud to be supporting their work.

“We know there are community groups doing great work up and down the country, and they all deserve to be given a much-needed helping hand. We’re glad that we’ve been able to give them some of the resources they need to continue improving the lives of people around them.”

This year the competition was supported by a number of Jewson partners, including Velux, Norbord, Marshalls, Polypipe, Recticel, Tarmac and British Gypsum.

To see the full list of winners, visit: www.buildingbettercommunities.co.uk

The government is due to launch its £2 billion Green Homes Grant scheme in late September, which will enable homeowners to make savings on their energy bills while … END_OF_DOCUMENT_TOKEN_TO_BE_REPLACED

Working as a skilled tradesperson can offer several great benefits. You will have the opportunity to pursue something that you’re passionate about, have lots of job … END_OF_DOCUMENT_TOKEN_TO_BE_REPLACED

Makita UK has launched a new and improved collection of belts and pouches to its extensive and popular range of accessories. The newly designed range makes it even easier … END_OF_DOCUMENT_TOKEN_TO_BE_REPLACED

In a positive move for the future of skills and talent in the plastering industry, British Gypsum has announced that its Site Ready Skimming Course has been successfully … END_OF_DOCUMENT_TOKEN_TO_BE_REPLACED