In the London Borough of Islington, Saint-Gobain Weber External Wall Insulation (EWI) has been specified for the extensive external refurbishment and thermal upgrade of almost 300 hard-to-treat apartments on the Holly Park Estate, Crouch Hill. 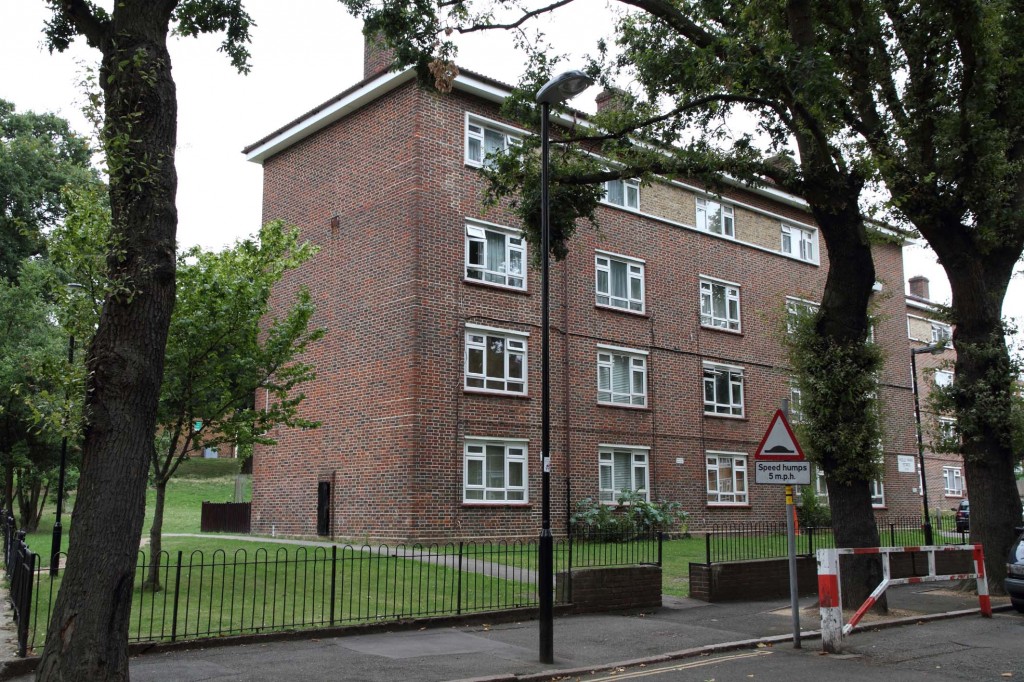 Islington Council has worked with Network Weber approved design and build contractor Lawtech to deliver a unique upgrade programme that is estimated to save each tenant around £245 a year in energy costs.  The ten four-storey apartment blocks were built in the 1950s using traditional London Red brick which local planners considered to be of heritage status.

“The Holly Park Estate does not lie within a conservation area but our planners were very clear that they wanted to retain the original red brick appearance of the buildings,” says Richard Gill, project manager, Islington Council. “At the same time they were sympathetic to the need to improve the thermal performance of the solid wall properties and supported our aim to raise the living conditions of our tenants and leaseholders, especially at a time when energy costs are rising quickly.” 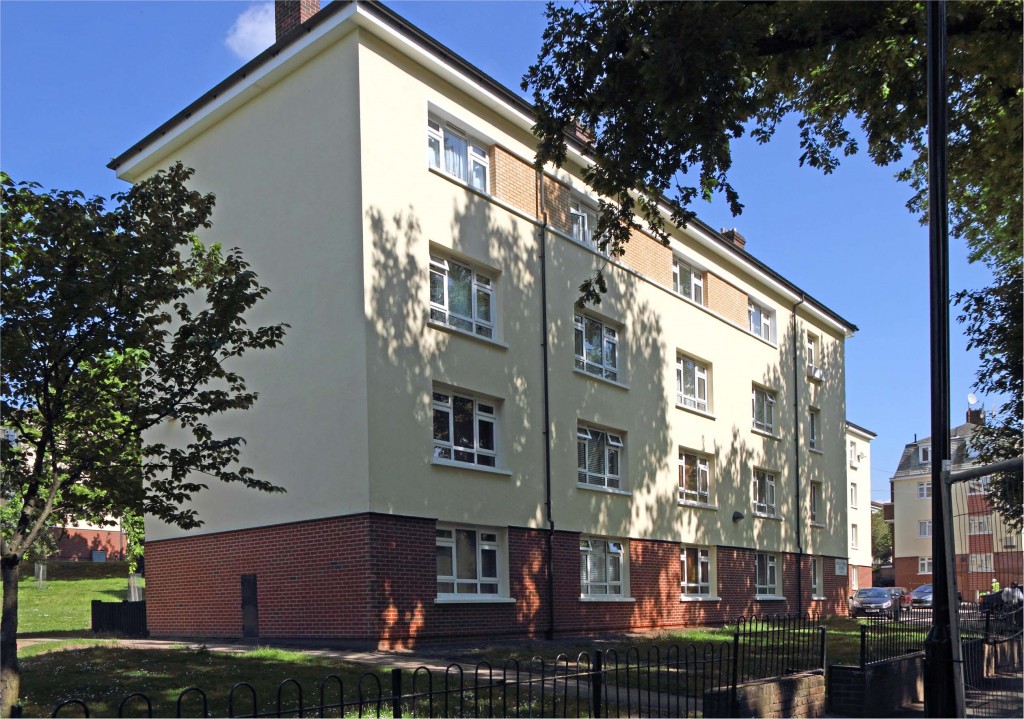 The solution was achieved with the application of the versatile, BBA approved, weber.therm XM EWI system.  It was installed with a variety of finishes including brick effect render, textured synthetic finish and ashlar detailing.  The weber.therm XB system which uses authentic brick slips was also integrated to help retain the traditional red brick façade and a stretcher bond was used.   The combination of Weber systems and finishes installed at Holly Park has helped to retain the visual integrity of the building to the satisfaction of local planners whilst dramatically improving the thermal performance and overall aesthetics.

The bespoke design was delivered by Lawtech to a project value of £2.5m over a nine month rolling programme.  The scheme was Energy Company Obligation (ECO) funded to deliver a carbon saving scheme that is estimated to equate to 5,000 tonnes of lifetime CO₂ emissions while reducing energy bills and improving living standards.

“Holly Park has been a challenging project due initially to meeting the requirements of the Council’s planning department, but the versatility of the Weber EWI system allowed us to achieve the exact finish they required,” says David Smith, marketing and business development manager, Lawtech.  “We worked closely with Weberthroughout to design a solution that matched the planners requirements as well as fit commercially within Islington Council’s budgets. This project is truly the first of its size, scale and scope and has gone extremely well and is something for everyone involved to be proud of.”

weber.therm XM EWI, a lightweight system incorporating thin-coat polymer render and mesh cloth reinforcement, was installed to the apartment blocks which incorporates 100mm thick, high performance, grey expanded polystyrene (EPS).  The balconies and walkways were finished with weber.plast TF a coloured synthetic finish with a light aggregate texture in ‘Barely Beige’ and architectural detail around windows has been retained with weber.therm RB, a render brick system which combines two polymer-modified mortars to create a brick effect finish.  Two blocks have insulated feature panels with ashlar-effect horizontal bands, while the London Red brick was replicated using some 3000m² of weber.therm XB applied over 110mm of EPS insulation at ground level.

The scheme included the repair and cleaning of original brickwork in the stairwells and refurbishment of the glazed entrance halls.  Two blocks have mansard roofs which have been internally modified to introduce a ceiling and to provide insulated attic space.  The original external green tiles have been carefully removed and insulation installed before replacement of the tiles.

The application of Energy Saving Trust listed weber.therm XM has significantly rejuvenated the appearance of the Holly Park Estate and calculations prepared by Saint-Gobain Weber indicate a greatly improved U-value of 0.28W/m2K from the original measurement of 2.06W/m2K.

The installation of Saint-Gobain Weber EWI has been well received by tenants of Holly Park Estate who have suffered no loss of internal space and who look forward to warm and comfortable homes and lower energy bills.  It is hoped that this project will set a benchmark for neighbouring London Boroughs.

Mrs Nejat who has been a tenant at Holly Park for 43 years says:  “We’re very happy with the work and we’ve been able to turn the heating thermostat down already.  When my sons visit they say that ‘it’s not the same place’.  It’s lovely – clean, smart and a pleasure to live here.”

For more information about this project, or for technical support, please contact Saint-Gobain Weber on 08703 330 070, or visit www.netweber.co.uk.  Customers in Ireland should call 028 9335 2999 or visit www.weber.ie.  A free download of the new weber.app for iPhone and iPad users is also available from iTunes and from Google Play for Android smartphones and tablet users.  Follow Saint-Gobain Weber on Twitter @SGWeberUK for the latest company news and updates.

The government is due to launch its £2 billion Green Homes Grant scheme in late September, which will enable homeowners to make savings on their energy bills while … END_OF_DOCUMENT_TOKEN_TO_BE_REPLACED

Working as a skilled tradesperson can offer several great benefits. You will have the opportunity to pursue something that you’re passionate about, have lots of job … END_OF_DOCUMENT_TOKEN_TO_BE_REPLACED

Makita UK has launched a new and improved collection of belts and pouches to its extensive and popular range of accessories. The newly designed range makes it even easier … END_OF_DOCUMENT_TOKEN_TO_BE_REPLACED

In a positive move for the future of skills and talent in the plastering industry, British Gypsum has announced that its Site Ready Skimming Course has been successfully … END_OF_DOCUMENT_TOKEN_TO_BE_REPLACED