British Gypsum has won two awards at the 2013 Association of Interior Specialists (AIS) Awards. The plaster and drylining manufacturer came top in the Product of the Year category for ACTIVair, and won the Best Practice Training category for its Green Deal training initiative. 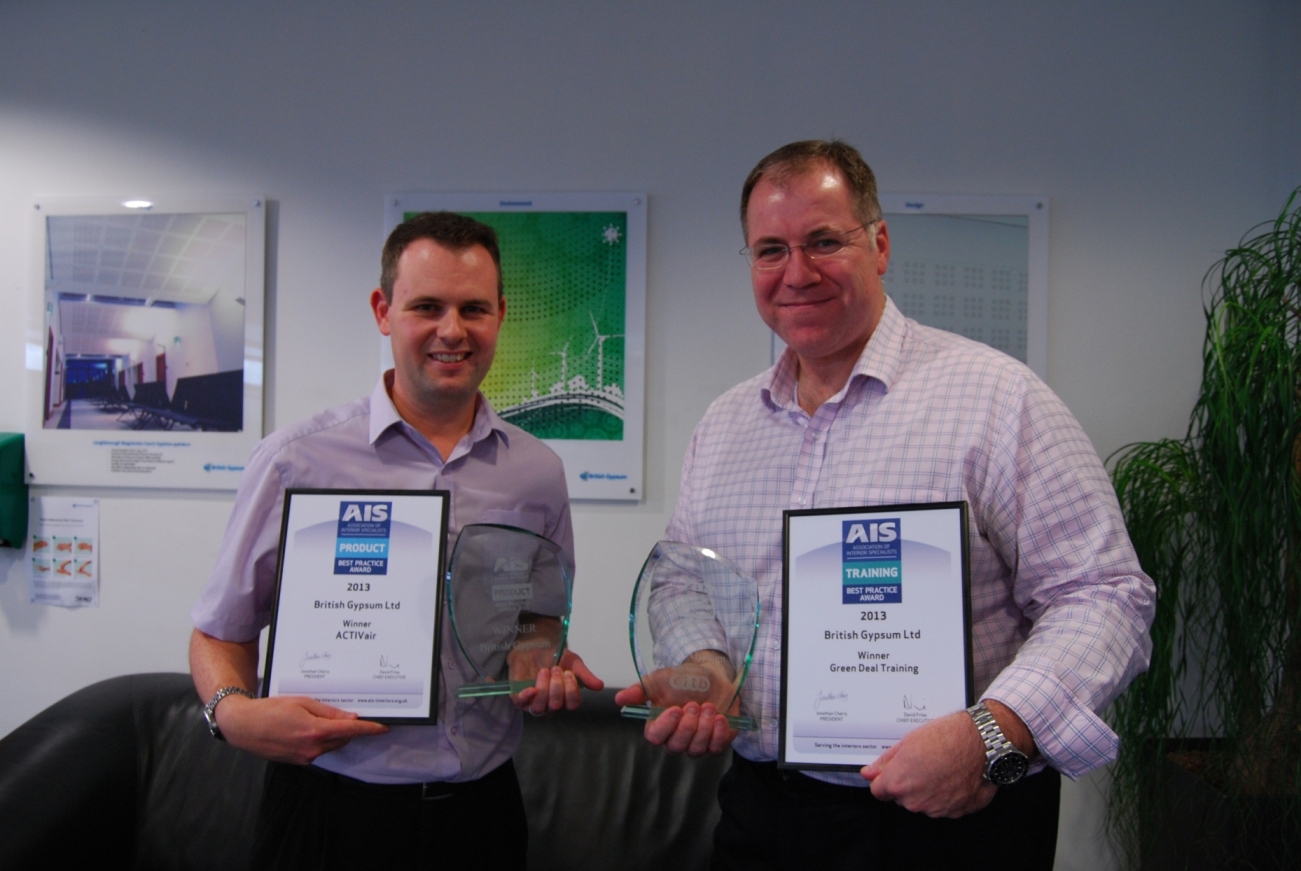 AIS Product of the Year, ACTIVair, is a mineral additive that absorbs and converts volatile organic compounds (VOCs) and prevents their re-emission back into the atmosphere. It was first made available across British Gypsum’s Gyptone ceiling range in November 2012, and has since then been rolled out across three further plasterboard product lines including Gyproc DuraLine, Gyproc SoundBloc and Rigidur H.

Commenting on the award win, Sarah Brook, Marketing Director at British Gypsum, said: “British Gypsum is passionate about developing products thatcreate better quality living and working environments, so it is great to be recognised with this award. ACTIVair is an industry leading solution that really helps specifiers and building contractors deliver sustainable, environmentally friendly buildings.”

“British Gypsum led from the front to embrace the Government commitment.”

The government is due to launch its £2 billion Green Homes Grant scheme in late September, which will enable homeowners to make savings on their energy bills while … END_OF_DOCUMENT_TOKEN_TO_BE_REPLACED

Working as a skilled tradesperson can offer several great benefits. You will have the opportunity to pursue something that you’re passionate about, have lots of job … END_OF_DOCUMENT_TOKEN_TO_BE_REPLACED

Makita UK has launched a new and improved collection of belts and pouches to its extensive and popular range of accessories. The newly designed range makes it even easier … END_OF_DOCUMENT_TOKEN_TO_BE_REPLACED

In a positive move for the future of skills and talent in the plastering industry, British Gypsum has announced that its Site Ready Skimming Course has been successfully … END_OF_DOCUMENT_TOKEN_TO_BE_REPLACED