A range of specialist British Gypsum drylining solutions has been used in the restoration of a Victorian water pumping station in Broxbourne, Hertfordshire. The transformation has been followed by Channel 4’s Restoration Man series, after its owners began to convert the old industrial building for residential use. 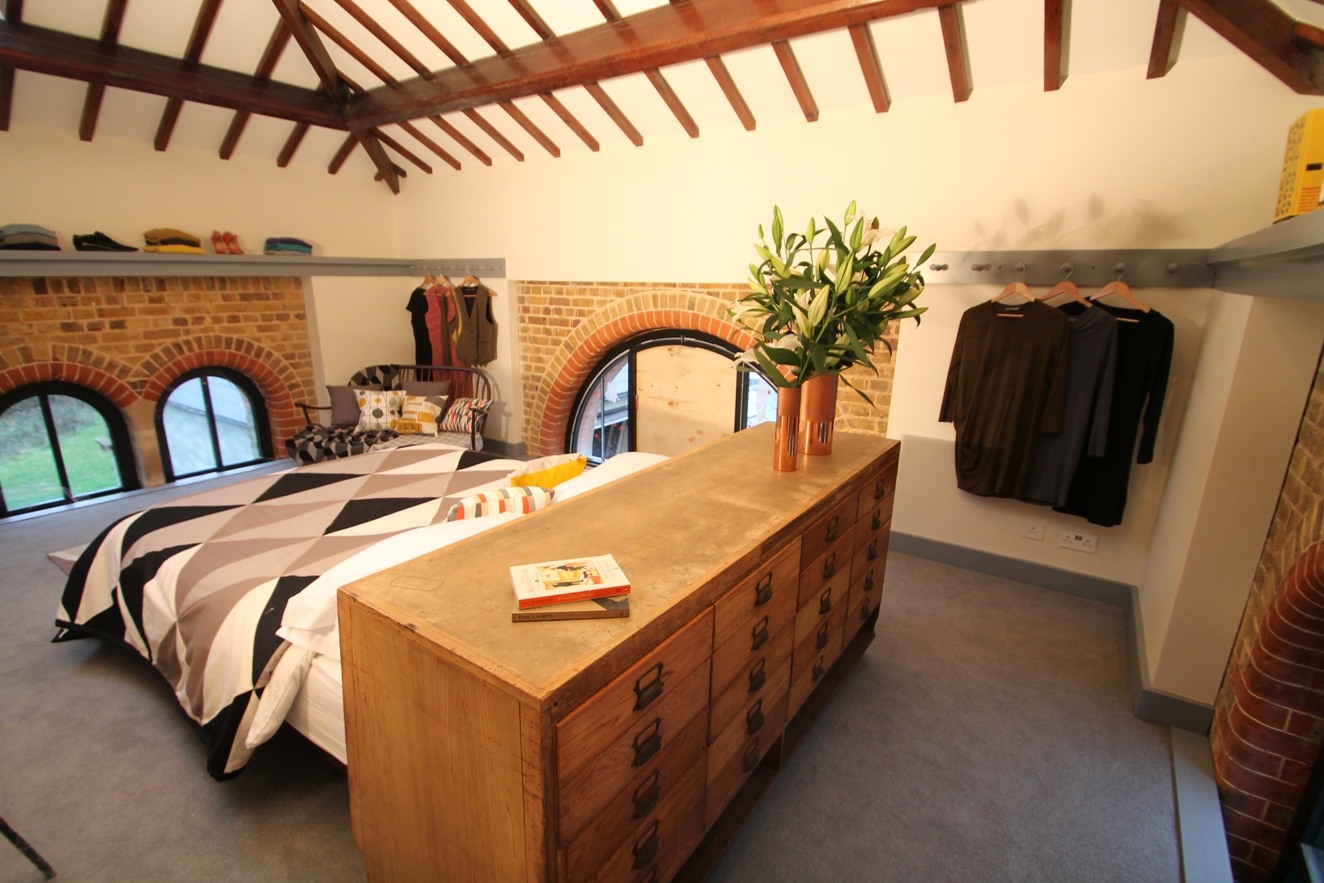 The locally listed building, which was built in 1886 over a 350ft deep bore hole, was used to supply water to the neighbouring village of Cheshunt for nearly one hundred years. The unusual project caught the attention of Restoration Man producers who featured the project in the debut episode of the latest series of the Channel 4 programme, which is hosted by architect George Clarke.

Gyproc SoundBloc plasterboard was used to increase sound insulation on the corridor walls on the upper floor and the walls between the bedrooms. Featuring a higher density core, Gyproc SoundBloc is more effective in reducing noise transmission, when compared to standard plasterboard, improving acoustic performance and creating a more homely living space.

Alison Grey commented: “We noticed an instant improvement in the acoustics of the house once Gyproc SoundBloc was installed. The system was used on the walls between bedrooms, where it is important to keep noise and disruption to a minimum. The system has played a crucial role in transforming what was once an industrial building into a comfortable home for our children to grow up in.” The product was also used on the ground floor ceilings to prevent excess noise travelling between floors.

Architect, Mike Sutcliffe, was keen to retain the original design of the building as much as possible, especially to retain exposed brickwork and stonework detail on the windows. In areas such as bathrooms and toilets, a breathable, water resistant drylining solution was needed due to previous problems with moisture. British Gypsum Gyproc Moisture Resistant board was therefore used for its water repellent properties, while Gyproc WallBoard Duplex board, which features a vapour control membrane, was used to create a vapour-resistant barrier on some of the external walls.

Mike commented: “Industrial buildings, particularly from centuries past, require specialist building products because the way they have been designed and constructed makes them difficult to insulate. Due to the location of the pumping station and the previous use of the building, moisture was a real concern, so it was imperative that the walls could continue to breathe. The Gyproc WallBoard Duplex board provided ideal protection against areas that could be exposed to moisture.”

Thermal comfort was also a key priority when specifying the building products for the restoration. The building, with a floor area of 70 square metres, required high performance insulation to maximise its energy efficiency and minimise its environmental impact.

The drylining system, which included easy-to-install metal components from the British Gypsum Gypframe range, was able to accommodate the necessary levels of wall insulation provided by Isover, another manufacturer from British Gypsum’s parent company, the Saint-Gobain group. This system was the ideal solution for the restoration of this historic building, as it helps to lower energy bills and contributes towards a consistent ambient temperature for the family home.

Mike added: “For a project as unusual as this, it was important that we used reliable, high performance products, and with the challenges it presented, particularly around the issue of moisture, it was critical that we had easy access to first-class technical advice and support. British Gypsum’s White Book was invaluable to us throughout this project. The technical information given in the book is widely considered as the industry leading standard, so British Gypsum was our first port of call when we began specifying the plaster and drylining solutions.”

The government is due to launch its £2 billion Green Homes Grant scheme in late September, which will enable homeowners to make savings on their energy bills while … END_OF_DOCUMENT_TOKEN_TO_BE_REPLACED

Working as a skilled tradesperson can offer several great benefits. You will have the opportunity to pursue something that you’re passionate about, have lots of job … END_OF_DOCUMENT_TOKEN_TO_BE_REPLACED

Makita UK has launched a new and improved collection of belts and pouches to its extensive and popular range of accessories. The newly designed range makes it even easier … END_OF_DOCUMENT_TOKEN_TO_BE_REPLACED

In a positive move for the future of skills and talent in the plastering industry, British Gypsum has announced that its Site Ready Skimming Course has been successfully … END_OF_DOCUMENT_TOKEN_TO_BE_REPLACED