A British Gypsum employee has helped raise more than £15,000 for charity after completing an extreme outdoor challenge from Derbyshire to the Lake District in twenty four hours. 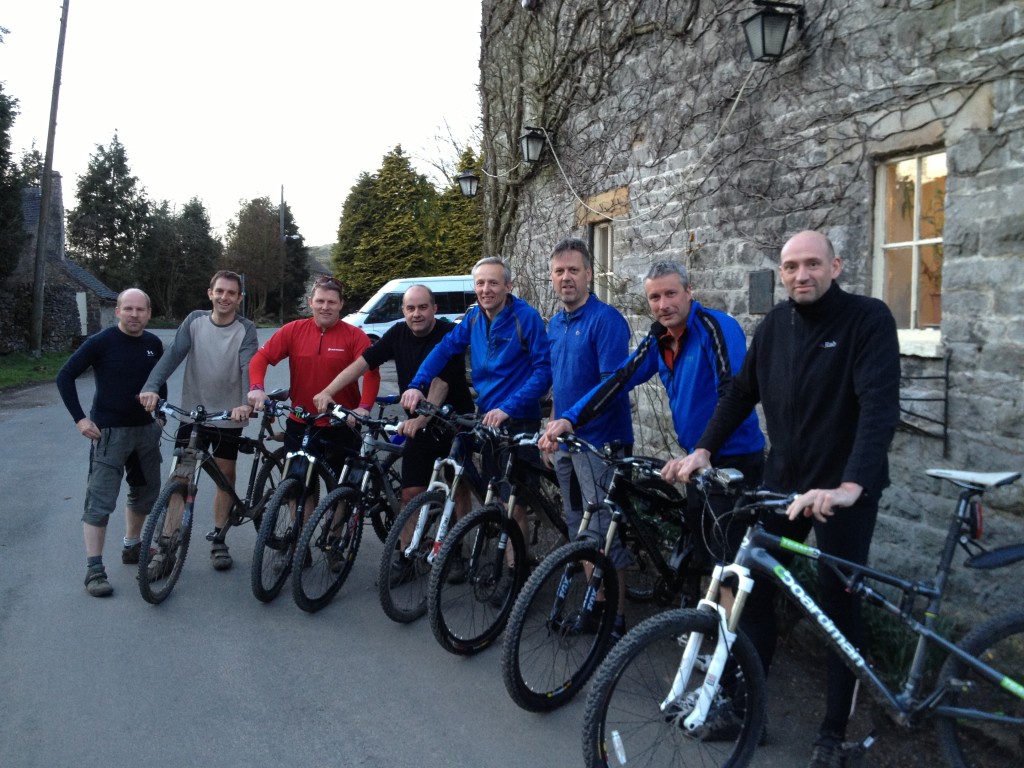 Jeremy Elvin, company geologist at the plaster and drylining manufacturer’s East Leake head office, overcame his fear of heights and confined spaces and joined 12 of his mountain biking mates to complete the challenge.

The money raised was donated to children’s charity, Safe and Sound who work to end child sexual exploitation.

The ‘Sump to Summit’ challenge involved scaling Giant’s Hole in Castleton, Derbyshire, one of the deepest caves in England, before cycling 130 miles to the Lake District. Twenty four hours later, after intermittent refreshment stops and lashings of torrential rain, the group finished at the top of Scafell Pike, the highest fell in the country.

Jeremy said: “It was a really tough challenge for everyone involved, from the participants to the support team. We managed to raise such a huge amount of money for a very deserving charity and it was great to represent British Gypsum during the challenge. I couldn’t have done it without the support and sponsorship of all my colleagues.”

Nathalie Walters, chief executive at Safe and Sound in Derby, said: “We are so grateful to everyone who took part and supported this incredible fundraiser. All those involved should be commended for their efforts and we would like to offer our heartfelt thanks. The amount raised is incredibly valuable to us in our continuing work.”

Jeremy also raised over £600 pounds for Wasdale Mountain Rescue, in memory of a friend and fellow geologist who died last December.

The government is due to launch its £2 billion Green Homes Grant scheme in late September, which will enable homeowners to make savings on their energy bills while … END_OF_DOCUMENT_TOKEN_TO_BE_REPLACED

Working as a skilled tradesperson can offer several great benefits. You will have the opportunity to pursue something that you’re passionate about, have lots of job … END_OF_DOCUMENT_TOKEN_TO_BE_REPLACED

Makita UK has launched a new and improved collection of belts and pouches to its extensive and popular range of accessories. The newly designed range makes it even easier … END_OF_DOCUMENT_TOKEN_TO_BE_REPLACED

In a positive move for the future of skills and talent in the plastering industry, British Gypsum has announced that its Site Ready Skimming Course has been successfully … END_OF_DOCUMENT_TOKEN_TO_BE_REPLACED