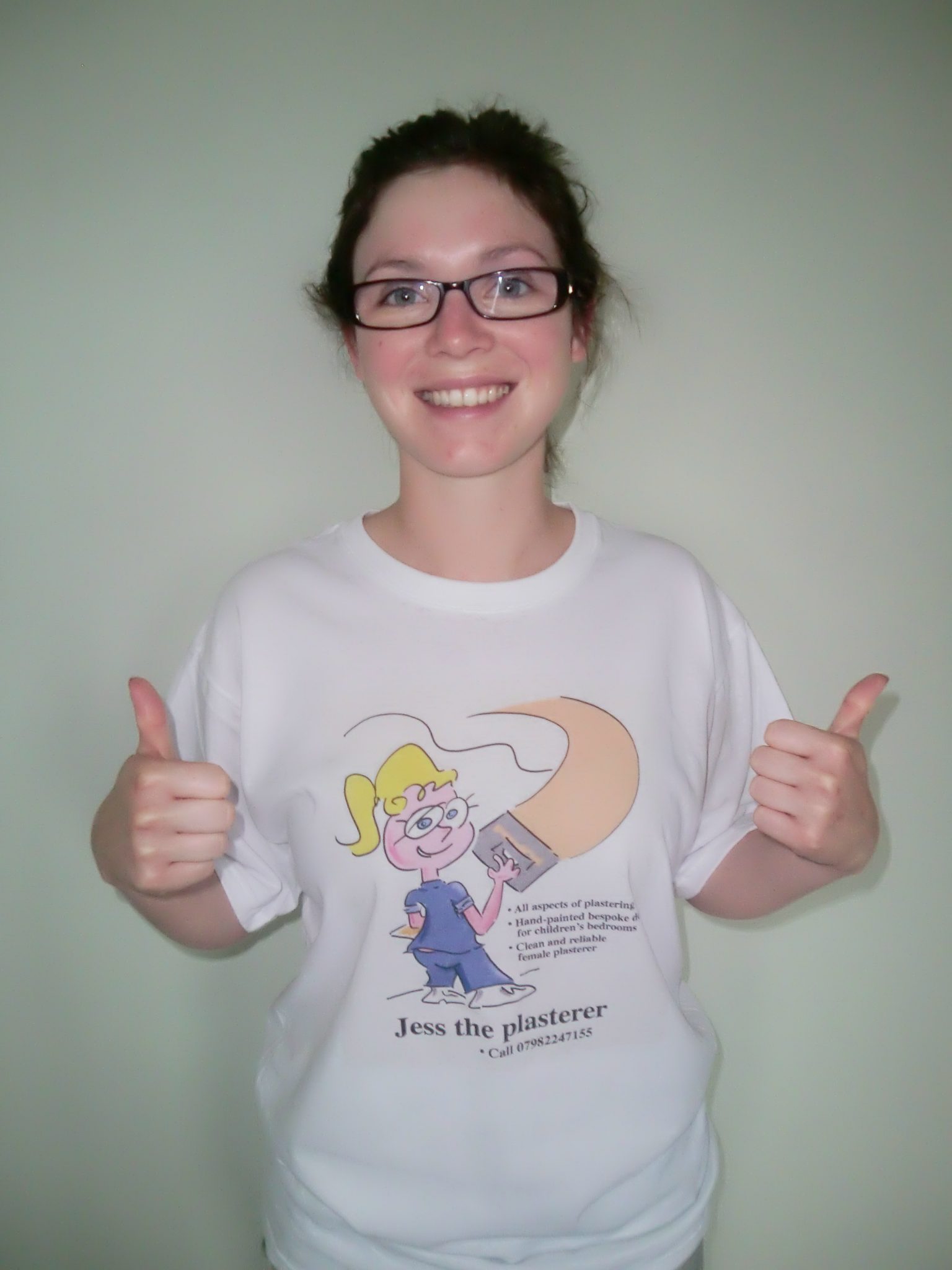 My name is Jessica Ball. I am 25 years old (26 in April) and I am from Altrincham in Cheshire.

I journeyed the long way round to become a plasterer. I actually went to university to be a primary school teacher but admittedly was rubbish and so left uni in the end with a degree in fine art and history.

After uni I struggled to get a job and ended up doing all sorts from working as a barmaid to spending a summer being a lock-keeper! Anyhow, I’d had a bit of bad time with stuff and had moved back in with the parents and then got the sack from the job I was in. The next morning the guy over the road was re-tiling a neighbours roof and they needed a third man but none were available so I said I’d give it a go… a bit of laughter ensued…. but by the end of the first day I had a new job as a labourer for the company! I expressed an interest in plastering, which to me is an art form and I have a degree which says I’m an artist! 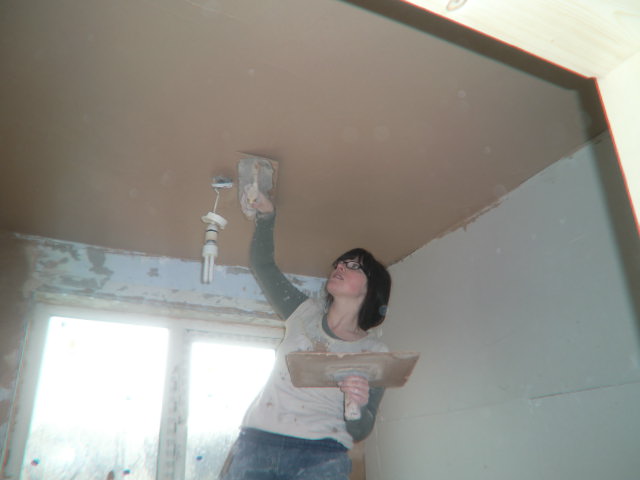 One of the blokes, an older guy, took me under his wing a bit more and let me tag along to any job he had on and especially if he was doing a bit of plastering. I loved it and sought a job with a plastering company but after sending about 300 letters out and no one taking on I eventually found a place at Skills Solutions in Manchester and went on course there. From there I found Steph (The Pink Plasterer) and she took me on for five months, by then her lab was skimming ok and work started drying up so I moved back to Manchester and set up Jess The Plasterer. I now work for myself, the builders who I started with and another building company in Manchester. I no longer advertise and do fine by word of mouth. Success and I love my job! Overall I have been plastering roughly 4 years.

A rose amongst many thorns! 😉

Many people find me odd and are surprised by what I do for a living. They think it’s fun, quirky, sometimes cool…. I think its very unglamorous and a lot of hard work! But I have complete job satisfaction. 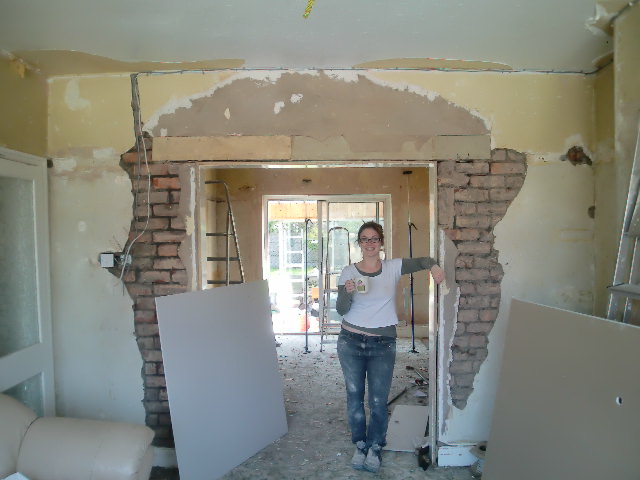 There are a few lady plasterers knocking about but I am obviously in a very male orientated industry. To be perfectly honest it has never been a problem for me. I was told once that women cannot and should not plaster but most of the tradesmen I encounter are lovely. They tend to be surprised, ask me lots of questions and on several occasions I have found myself to have a large audience behind me but they are generally very supportive and helpful to share their knowledge and experience. I used to get so nervous to work alongside other builders because people do tend to stop and watch me and I would become anxious they’d think I was too slow, or doing something wrong. I would sometimes get a ‘back to school’ sort of feeling. Would the big boys pick on me in the playground? Instead, after a few minutes, they’d carry on with what they were doing and I tend to keep in touch with a lot of them and they helpfully pass my number on.

Physically I find the job very demanding but try and find me a plasterer who doesn’t (and if you do tell them they’re not working hard enough!). But I find ways around situations. For example, I’m not going to throw a bag of plaster on each shoulder and go up two flights of stairs. I can only carry one, so I make sure I do it double time! Someone mentioned they were thinking of reducing the weight of the bags to make it easier for girls. If this is true then now might be a good opportunity for me to say that’s terrible idea. We are managing fine thank you for your concern. Lessening the weight would only hinder the job and make life harder for everyone. 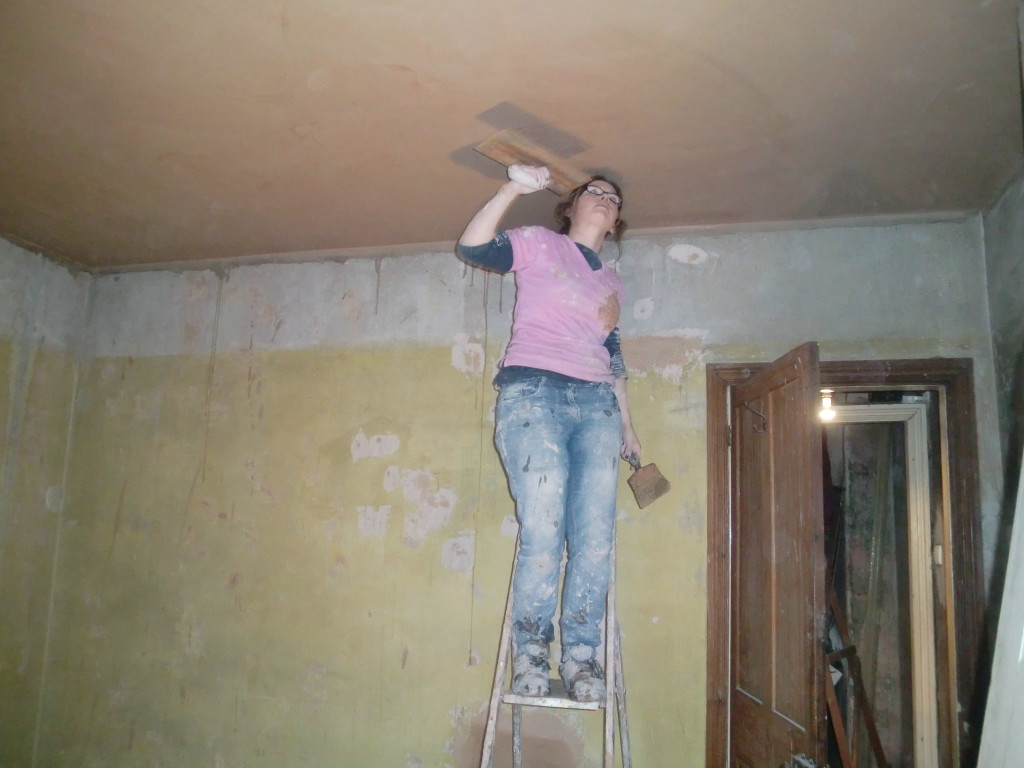 The only thing I can think of that makes being a female within the industry a bad thing is that you potentially put yourself in a vulnerable position when going to peoples houses alone to give quotes. I always write down names, addresses, times and phone numbers so people know where I am going. I had a phone stalker for several months which shook my confidence. Some pervert must have got my number out of a newspaper or off the side of the car and called me at all hours. I no longer like to advertise, preferring to know where all my customers are coming from and thankfully I have gained a good reputation which enables me to work in this way.

I work mainly on my own in domestic houses but when I do rub shoulders with other builders on bigger projects I have a blast! There is nothing quite like builders banter! It is pure salt of the earth, brutally honest sometimes, but always brilliant! I love a good natured insult and jibes flying around a room as everyone cracks on. Luckily I was born with thick skin. There will always be sexist comments once in a while, but it’s up to you how you take them. I went into this industry with my eyes wide open. You can’t join the circus and then complain you don’t like clowns. I would rather take it all on the chin and make it into a laugh than have people watching what they say all the time and worrying they might offend me. After all, if you aren’t witty enough to banter back then this really isn’t the right industry for you!

The government is due to launch its £2 billion Green Homes Grant scheme in late September, which will enable homeowners to make savings on their energy bills while … END_OF_DOCUMENT_TOKEN_TO_BE_REPLACED

Working as a skilled tradesperson can offer several great benefits. You will have the opportunity to pursue something that you’re passionate about, have lots of job … END_OF_DOCUMENT_TOKEN_TO_BE_REPLACED

Makita UK has launched a new and improved collection of belts and pouches to its extensive and popular range of accessories. The newly designed range makes it even easier … END_OF_DOCUMENT_TOKEN_TO_BE_REPLACED

In a positive move for the future of skills and talent in the plastering industry, British Gypsum has announced that its Site Ready Skimming Course has been successfully … END_OF_DOCUMENT_TOKEN_TO_BE_REPLACED