As many of you will know I am a plasterer by trade, and although I am no longer trading as one I will still go and complete jobs for the old builders I use to carry out work for. One of the main reasons for this is that a couple of the local painters and decorators like to follow me, so even though I am now living on the south coast of England I still get the pleasure of returning to my home town.

The job that I was recently asked to plaster was a house of a good friend of my parents and when I was recommended by a few other people and the builder that I use to do work for they decided that I was worth the extra money to get. Yes it does make me feel great to know that my previous reputation is still intact..

This job was a bit of an odd job as it was meant to be just an extension but as the build continued more and more of the house needed further work doing so, the family decided to move out from what once was a small project extension to allow for a complete refurb. This also meant that the time it was expected to be ready for my plastering services was a little delayed which any other time of the year would not be a problem but due to my holiday commitments it only left me with 10 days to get as much of the plastering done as possible.

What I like about these few and far between jobs that I do is that I get to play with some of the tools that I get sent and if you read my mixm8 review previously it can uncover some interesting findings. So this job was going to give me plenty of time to play with some new tools which includes the Speedskim and also something called a Japanese trowel.

So lets get started with the Speedskim. 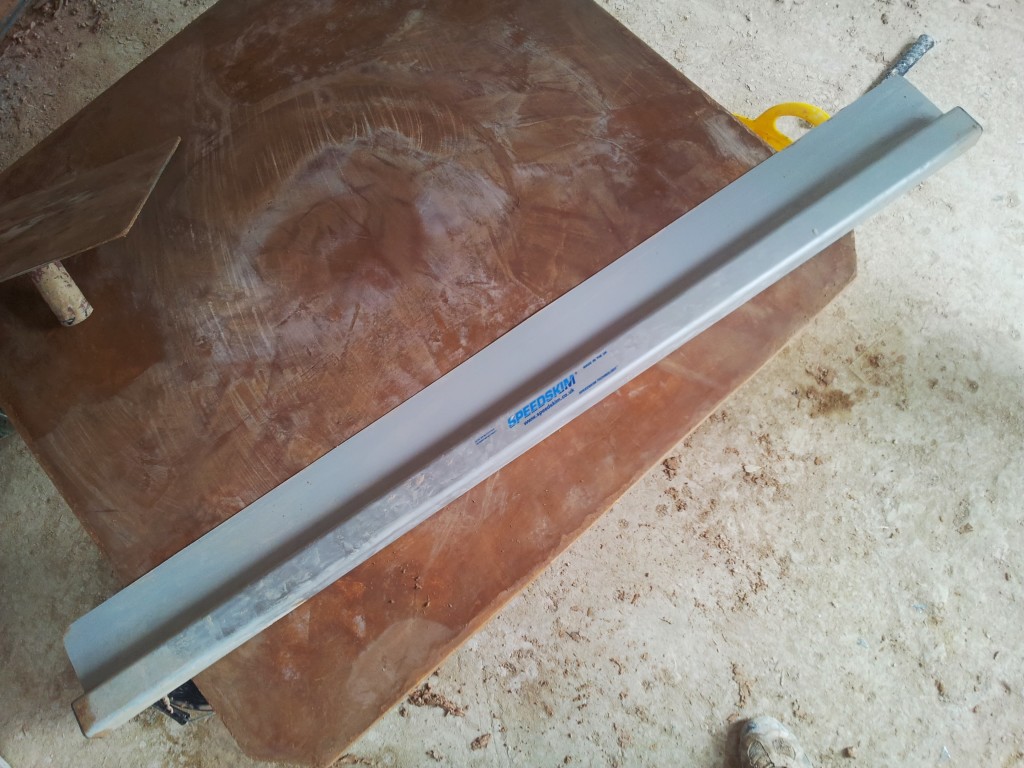 I have enough plastering experience and am a very open minded person to know when a product is going to be something that is valuable and also very useful.

There have been some very mixed reveiws about it from the beginning as some plasterers just don’t like change and so we tend to ignore their comments as I think they would still be mixing up with a podger if they could. The general consensus is that its been a very handy tool. 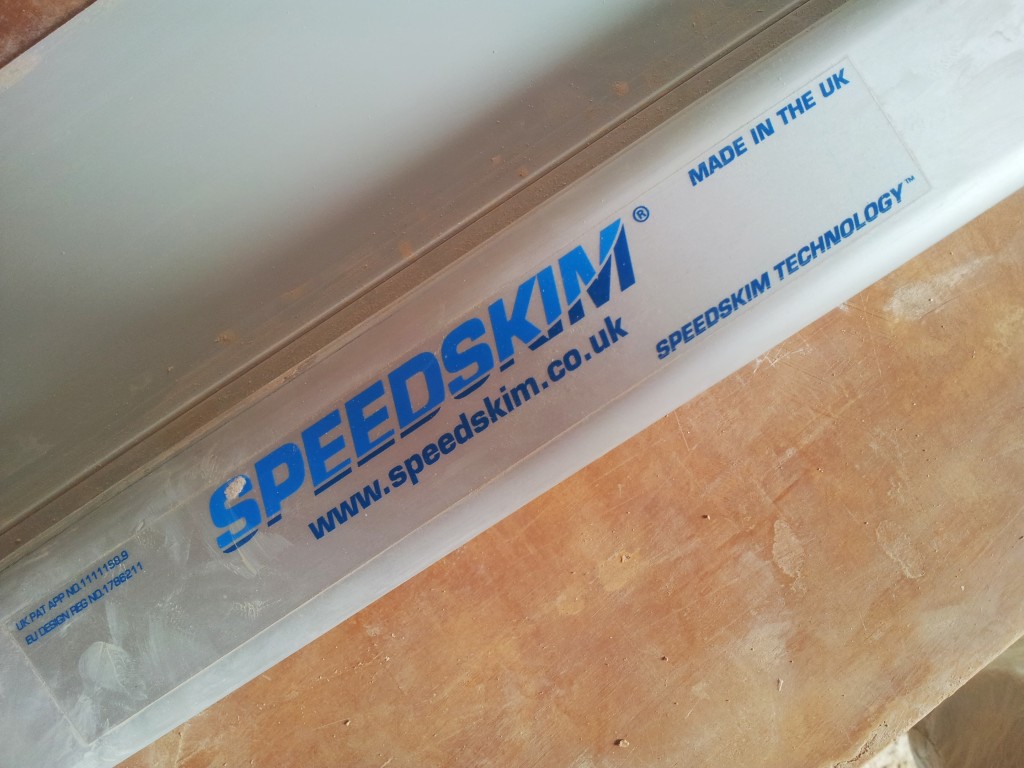 So the first task of this job was to skim a small study which had been plasterboarded, The builder gave me this room to break me in gently as the next room had a monster of a ceiling. I put the ceiling on first and once the first coat was on I used the 1200 Speedskim to flatten it off , The Speedskim left 2 fairly big lines though the ceiling where the corners dug in which was OK but meant I had to get my trowel out to flatten them in afterwards. However it did make very light work of flattening in and it also highlighted a couple of hollows in the ceiling, which was good, as overall you should get a better flat ceiling.

A Video Of The Speedskim In Action

I decided to take the plunge and round off the corners on the Speedskim and with my bead snips this was quickly achieved along with a bit of sandpaper I had nicely round corners and I was keen to see if this made any improvements. 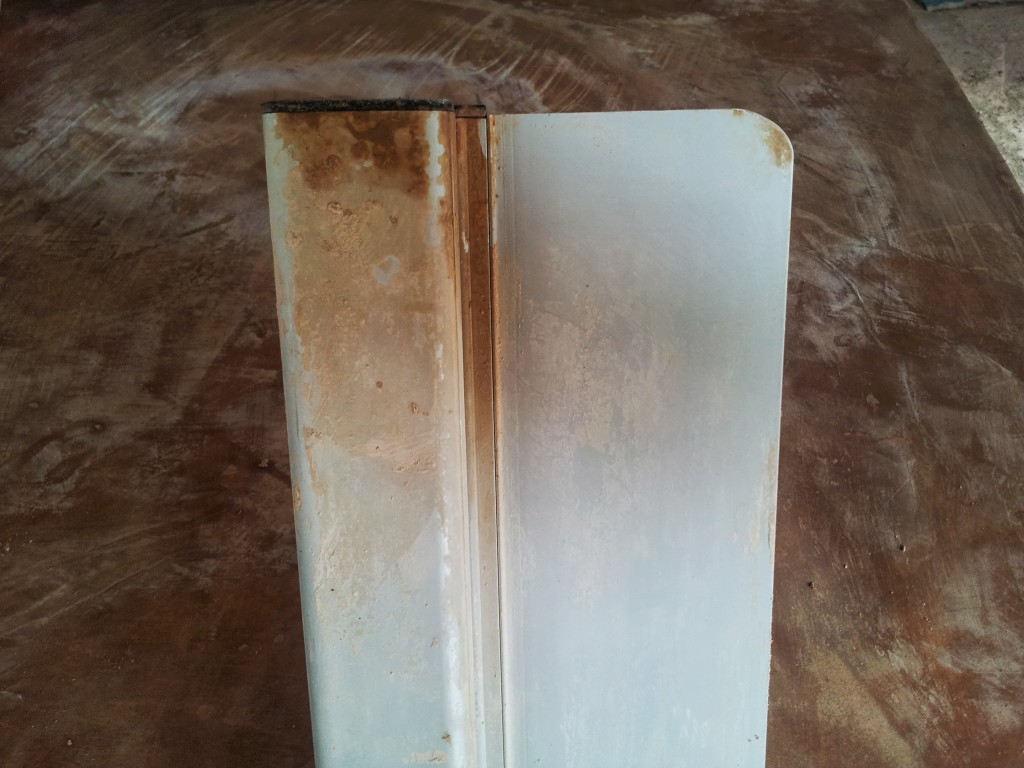 The next set was a just a couple of walls (remember I am not as quick as I once was and was already exhausted) the walls went on nicely and the Speedskim was used again and boy what a difference it made taking the corners off , no lines and flattening in was now even easier. I was ever so slightly impressed.

Using a Speedskim is very much like using a featheredge as you do need to make sure that it is clean and free from and dried lumps of plaster. But the real test was going to be when I put the massive ceiling on the following day

Ok so the first coat took a little over 3 bags to get on and because speed was of the essence I was not going to worry too much about using a trowel to flatten it in but simply get straight to the point and use the 1200 Speedskim.

All I am going to say is that I was impressed!!!

The ceiling was very quickly under control and flattened in and it once again highlighted a few hollows which I filled out but it did make it easier. I was also doing this ceiling on one of the hottest days of the year so I was sweating buckets.

So the rest of the job I was either re-skimming board work or re-skimming old plaster and it soon became clear that I was using the Speedskim on every single wall and every time I would use it a little smile would creep in as I realised how little effort it took to flatten in. Especially in the heat.

I was really impressed with the Speedskim I can pretty much say that it has now become an essential tool in my plastering kit and I don’t think I will ever not use it.

Yes a few people don’t like it but that is common with anything and to be honest you can’t please everybody and over the course of the years the Speedskim has evolved and changed ever so slightly. Like they have now got interchangeable blades and come in various sizes.

I think that is probably enough for this article I will discuss my thoughts about the Japanese trowel later on this week. If you would like even more information on the Speedskim then please go and head to their website where they will be more than happy to help. Also go and do a search on the plasterers forum for Speedskim and you can read about the other ways that plasterers are using the Speedskim.

You can get your Speedskim directly from www.speedskim.co.uk or you can get them from www.plasterers1stopshop.co.uk

The government is due to launch its £2 billion Green Homes Grant scheme in late September, which will enable homeowners to make savings on their energy bills while … END_OF_DOCUMENT_TOKEN_TO_BE_REPLACED

Working as a skilled tradesperson can offer several great benefits. You will have the opportunity to pursue something that you’re passionate about, have lots of job … END_OF_DOCUMENT_TOKEN_TO_BE_REPLACED

Makita UK has launched a new and improved collection of belts and pouches to its extensive and popular range of accessories. The newly designed range makes it even easier … END_OF_DOCUMENT_TOKEN_TO_BE_REPLACED

In a positive move for the future of skills and talent in the plastering industry, British Gypsum has announced that its Site Ready Skimming Course has been successfully … END_OF_DOCUMENT_TOKEN_TO_BE_REPLACED