Wondertex has begun the New Year on a high, achieving a company target of zero waste to landfill! 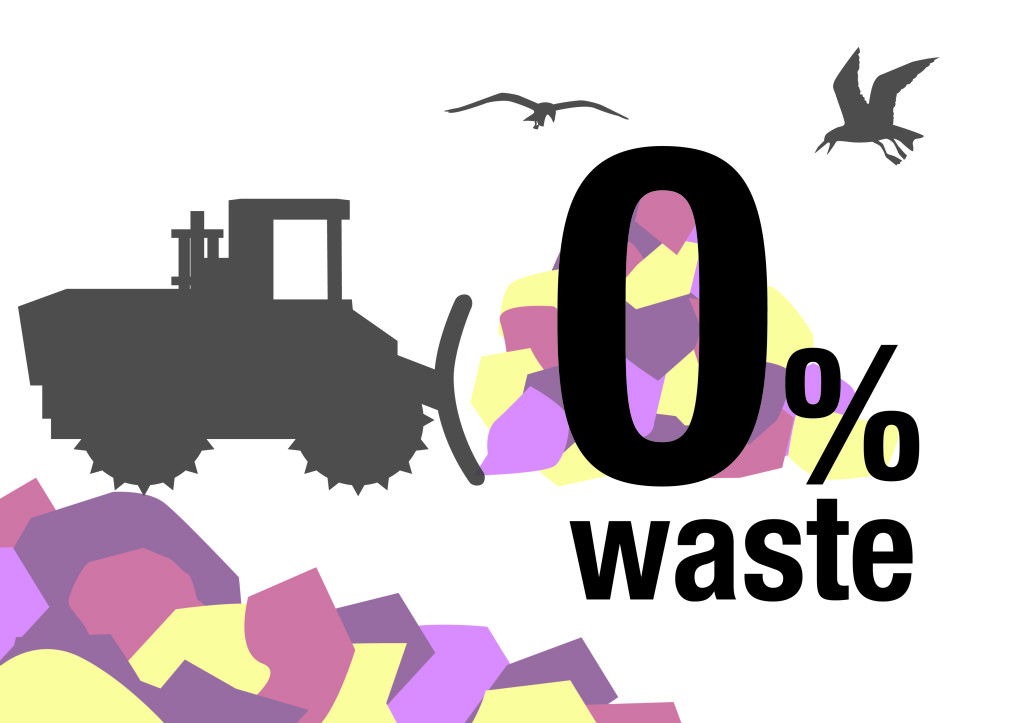 Wondertex are now able to recycle 100% of waste as part of the company’s ongoing commitment to minimising their environmental impact.  Recent changes and improvements have allowed them to reach their goal and so from January 2014 and beyond their landfill contribution will be zero.  A team effort has made this possible.

Last year a team of employees headed by their QHSE Manager, Darren Gough, worked together to achieve zero waste to landfill through Kaizen workshops, which have helped to improve standardised activities and waste stream processes.  Kaizen stands for ‘continuous improvement’; it derives from the Japanese words ‘Kai’ and ‘Zen’ meaning ‘change’ and ‘good’ respectively.  Our technique involves a number of employees from various levels working as a team to achieve a specific aim.  Also their ‘5S’ housekeeping system, assists their production and warehouse teams with maintaining efficient and high quality manufacturing, reducing waste.

In 2011 they recorded a massive 51% reduction in waste to landfill and 2 years on have achieved their zero goal.  They recorded a 45% waste sent to landfill total in 2012, reduced to 37% in 2013.  Commencing zero % in 2014 following their efforts the previous year and new partnership with Weir Waste, who collect items such as general waste and recycle everything that they collect!

All their waste streams are segregated and categorised, which enables a control that simplifies and provides visual awareness for all departments.  Consequently their recycling is more efficient and quantities are greater.  Additions were made last year, reducing landfill totals, including that all wood and metal waste is now collated, stacked and sent for local recycling.  WEEE (electrical) waste and old office equipment is sent for reuse.  General company improvements were also implemented such as new manufacturing machinery installed and improvements made to existing pieces.

Reducing their waste has also strengthened their Corporate Social Responsibility efforts and where possible out of date and unwanted items are being passed onto a local charity.  This charity runs a pre-school and items such as first aid bandages, plasters and tyres are used for role and imaginary play.

As explained previously, achieving zero waste to landfill has been an ongoing project for some time for Wondertex.  The final changes and improvements made last year have allowed them to reach their goal.

The government is due to launch its £2 billion Green Homes Grant scheme in late September, which will enable homeowners to make savings on their energy bills while … END_OF_DOCUMENT_TOKEN_TO_BE_REPLACED

Working as a skilled tradesperson can offer several great benefits. You will have the opportunity to pursue something that you’re passionate about, have lots of job … END_OF_DOCUMENT_TOKEN_TO_BE_REPLACED

Makita UK has launched a new and improved collection of belts and pouches to its extensive and popular range of accessories. The newly designed range makes it even easier … END_OF_DOCUMENT_TOKEN_TO_BE_REPLACED

In a positive move for the future of skills and talent in the plastering industry, British Gypsum has announced that its Site Ready Skimming Course has been successfully … END_OF_DOCUMENT_TOKEN_TO_BE_REPLACED