With any loft conversion, you need to think about how you are going to get up there, and if you are going to it properly and comply with building regulations the options get a little slimmer and the headache increases and its all you can think about.

We had an idea of where we wanted the stairs to go and how much space they needed to take up but the initial plans that were done were with them going right through the middle of our hallway and then up into the centre of the loft space which is fine but with this configuration, we would have struggled to find space to put in an en-suit toilet and my office storeroom or in normal terms, a walk in wardrobe. 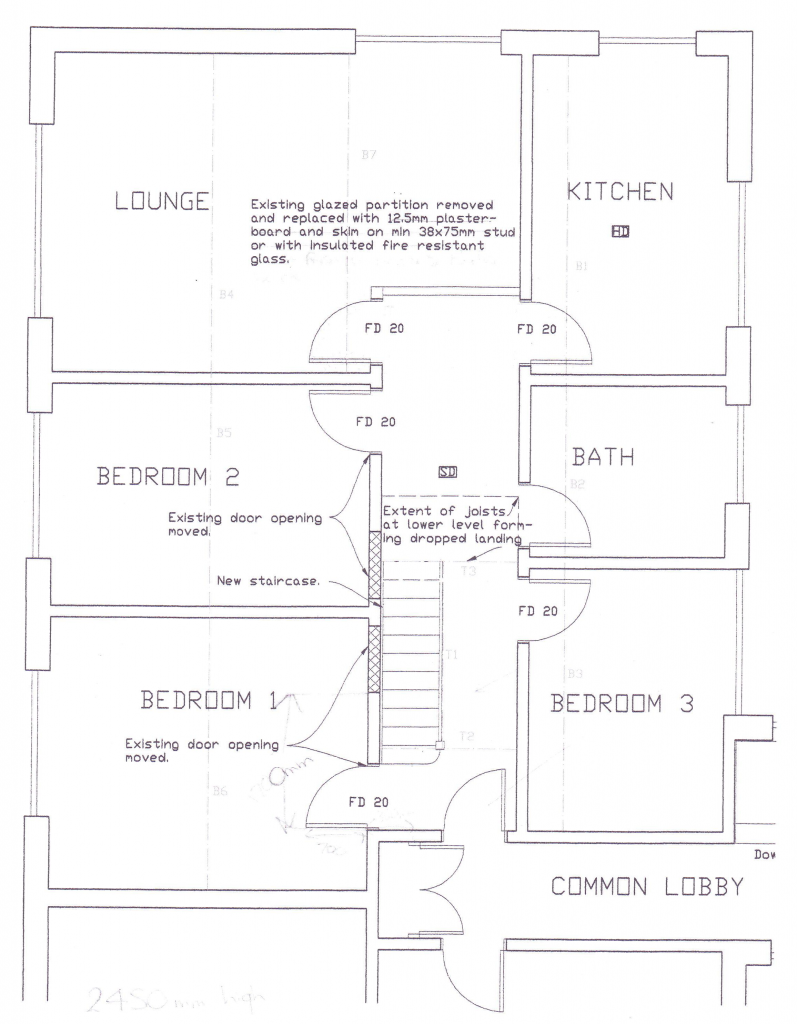 Having the en suite is a big deal as this is where we will add the value to the property and also enhance the loft space massively, and if we get the planning permission through for the Velux windows that room will have sea views to the south and a view across the South Downs to the north so as you can imagine that it should be stunning and quite desirable.

The next set of plans my friend’s architect designed and these fitted much better and went just inside the front door and then went into bedroom 1 and kited around and up into the loft. The problem with this is that the stairs came into bedroom 1 by over a meter, and that was not going to be good as it will make that room a whole lot smaller than we wanted. 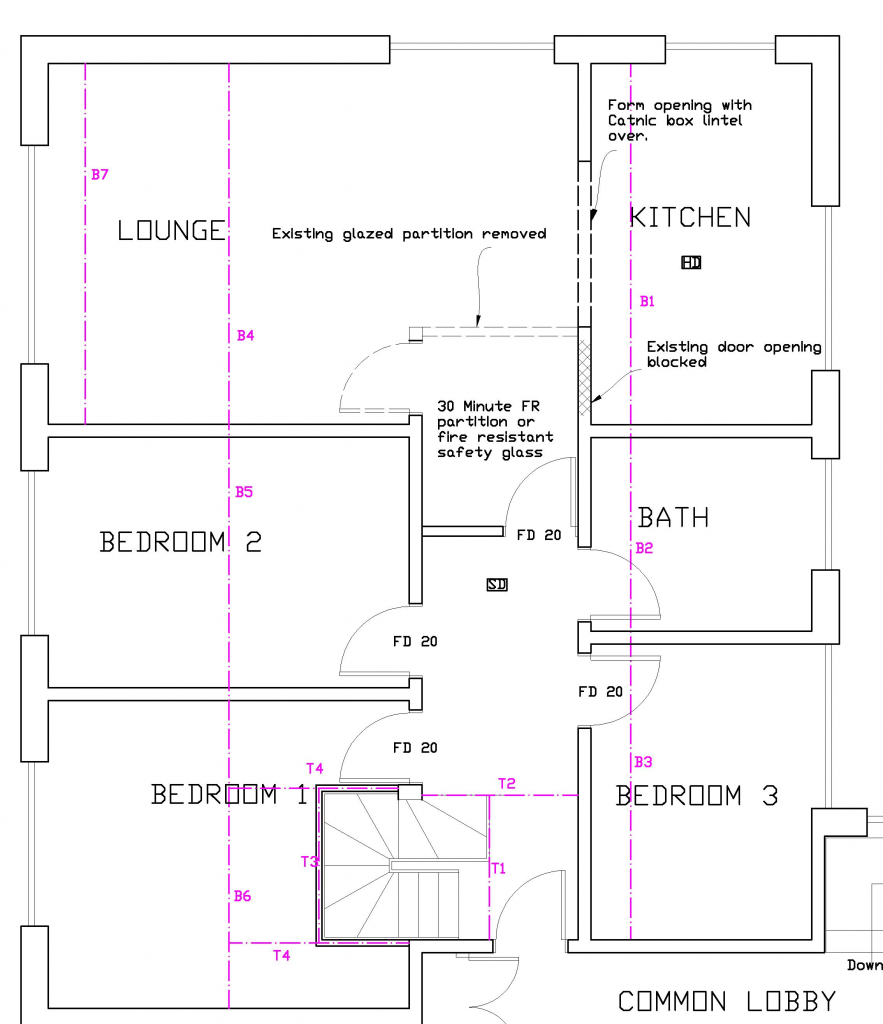 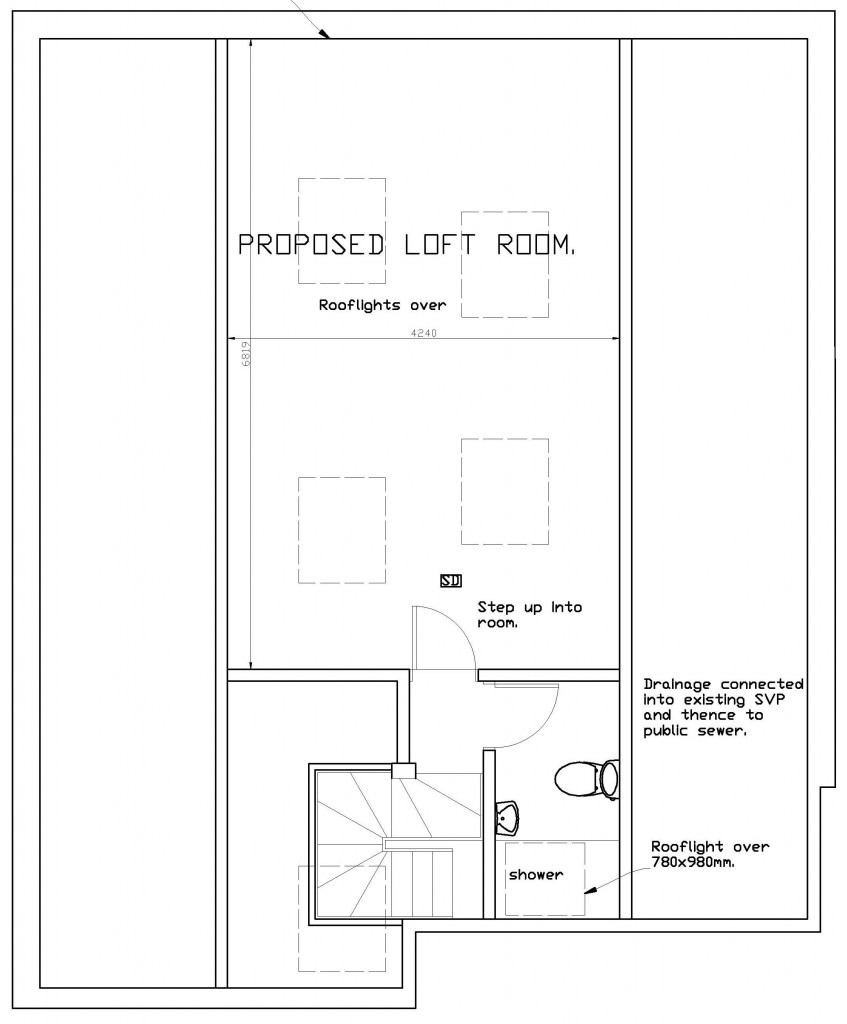 With the stairs in this position, it won’t take up as much room as in the hallway there use to be a big cupboard there and in the bedroom, there is a wardrobe so building the stairs in this space means that we will still get the storage space albeit a little less than normal. However, it’s not taking space away from any of the other living spaces.

The next task is to find a joinery company to come around and give us some quotes on the stairs that is designed by the architect and also have a think about anymore designs that may work. I had four companies come around and give prices, and all said they could make the space work, and they were all very keen on quoting. We had prices from £3500 all the way to £5500.

The prices were fine but what concerned me is that none of the companies actually went into the loft to measure the landing head height and made sure that it would comply to building regs.

Myself and my good lady had been sketching stair designs all over the walls in the property trying to find better ways of using the space and making sure that we had a head room of 2000mm across the stairs. We know that in loft conversions, you can have 1900 in the center of the top step, but we want to be sure we get the clearance.

We spent a long long time measuring and drawing and marking out, and we soon established that the designs that the chippies said would work would actually not work.

So we decided to go with the plans my friend had designed but tweak the first few steps, and we have managed to reduce the space that it takes from the bedroom down to around 700mm, which is fine. The next task was finding a company to make them, so I contacted all the other companies again, and they were all quoting silly money again, and I just could not see were the money was going. It was only a standard mdf and pine staircase. 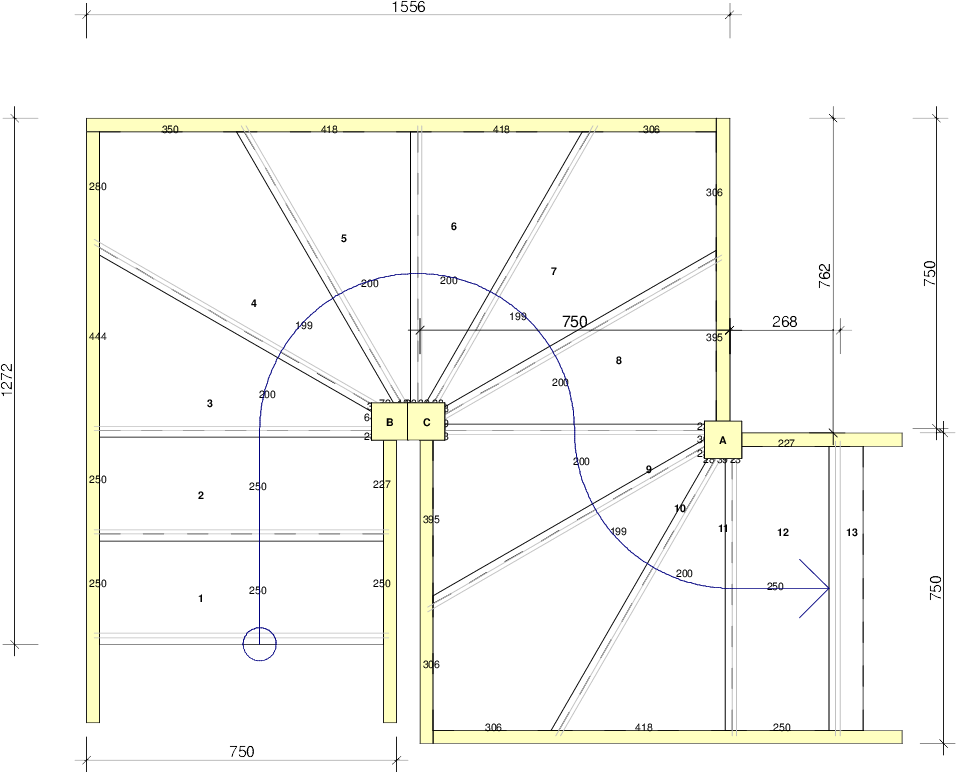 I decided to hit the online companies and within a few days, I had found a company that would do it and albeit not the cheapest they seemed to have lots of good reviews and also a good turn-around time. For £888+VAT we ordered the stairs.

As you probably know I am a belt and braces kinder guy, so I will no doubt beef up anything that I think is a bit under engineered, and I will most likely make improvements along the way.

The stairs aim to be here by Friday 4th July, which is quite good to be honest.

Once the stairs are in, we can really start pushing on with the build and hopefully start seeing some bigger progress and with a bit of luck, I can start plastering soon.

The government is due to launch its £2 billion Green Homes Grant scheme in late September, which will enable homeowners to make savings on their energy bills while … END_OF_DOCUMENT_TOKEN_TO_BE_REPLACED

Working as a skilled tradesperson can offer several great benefits. You will have the opportunity to pursue something that you’re passionate about, have lots of job … END_OF_DOCUMENT_TOKEN_TO_BE_REPLACED

Makita UK has launched a new and improved collection of belts and pouches to its extensive and popular range of accessories. The newly designed range makes it even easier … END_OF_DOCUMENT_TOKEN_TO_BE_REPLACED

In a positive move for the future of skills and talent in the plastering industry, British Gypsum has announced that its Site Ready Skimming Course has been successfully … END_OF_DOCUMENT_TOKEN_TO_BE_REPLACED