The Plasterers Forum has been around since 2007, and although we have grown massively since then there has been something that has been missing, and that was a mobile friendly version of The Plasterers Forum. There have been many members asking for it over the years, and I have to say nearly all the solutions I have come across have been pretty terrible. 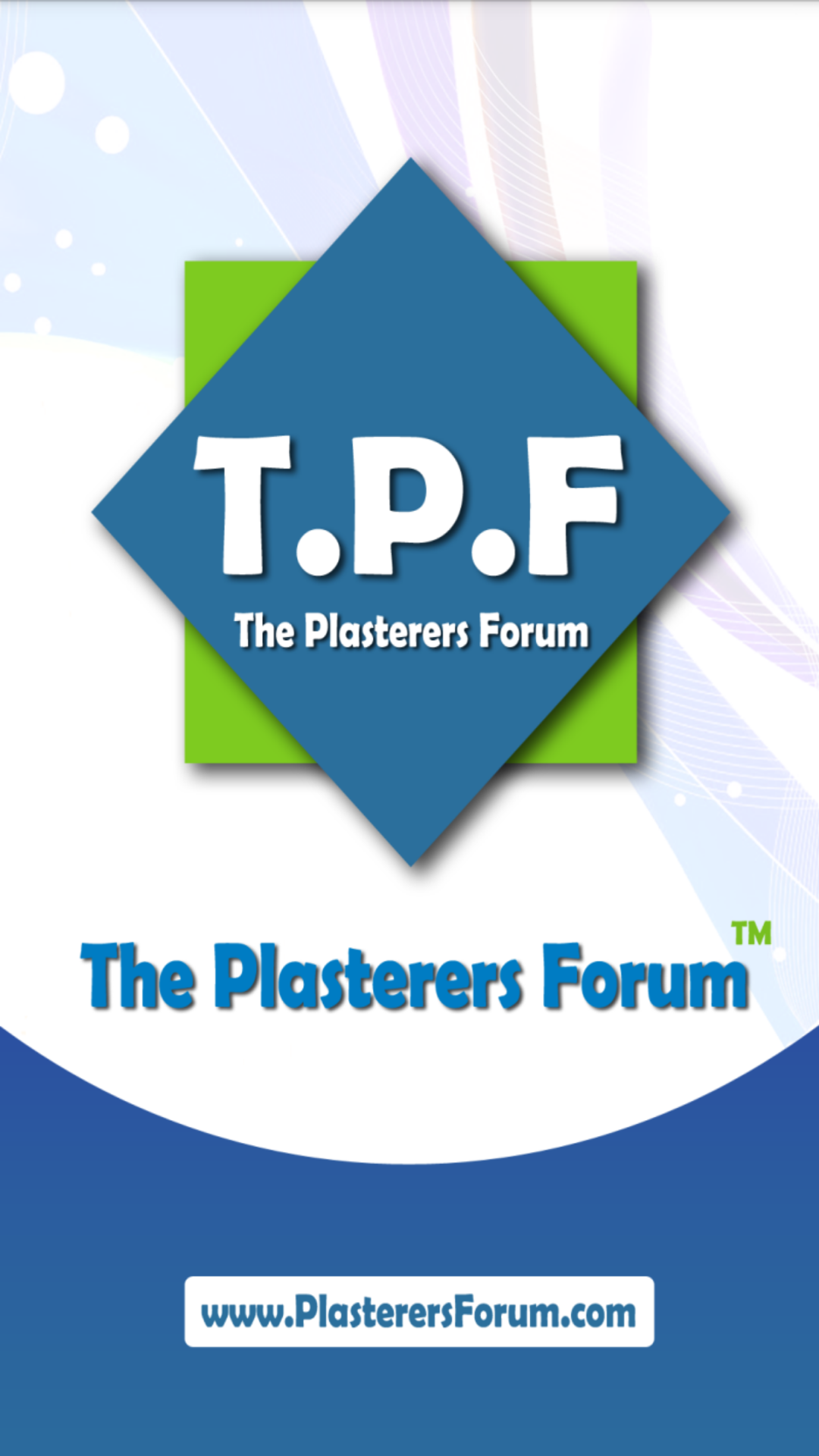 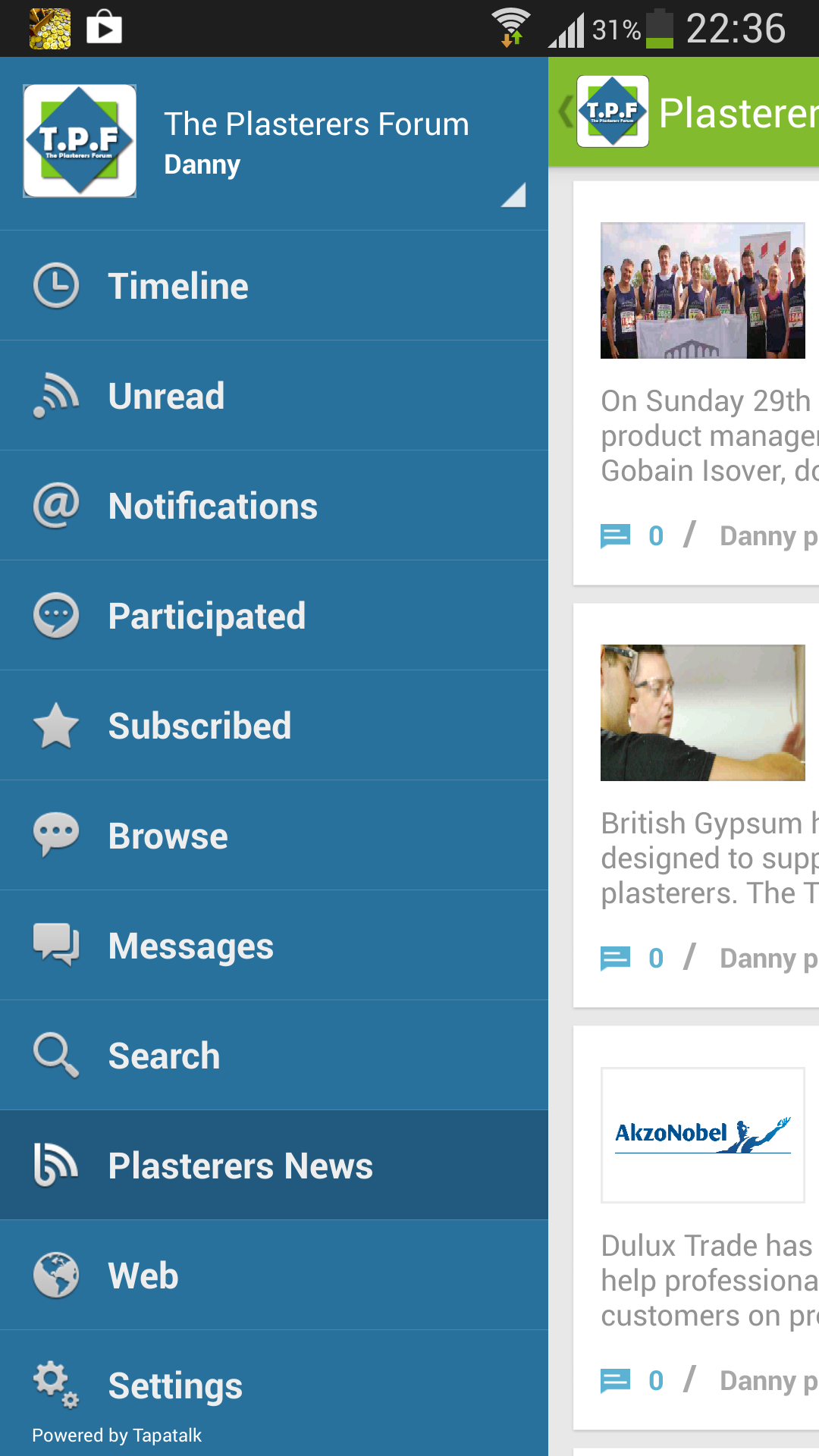 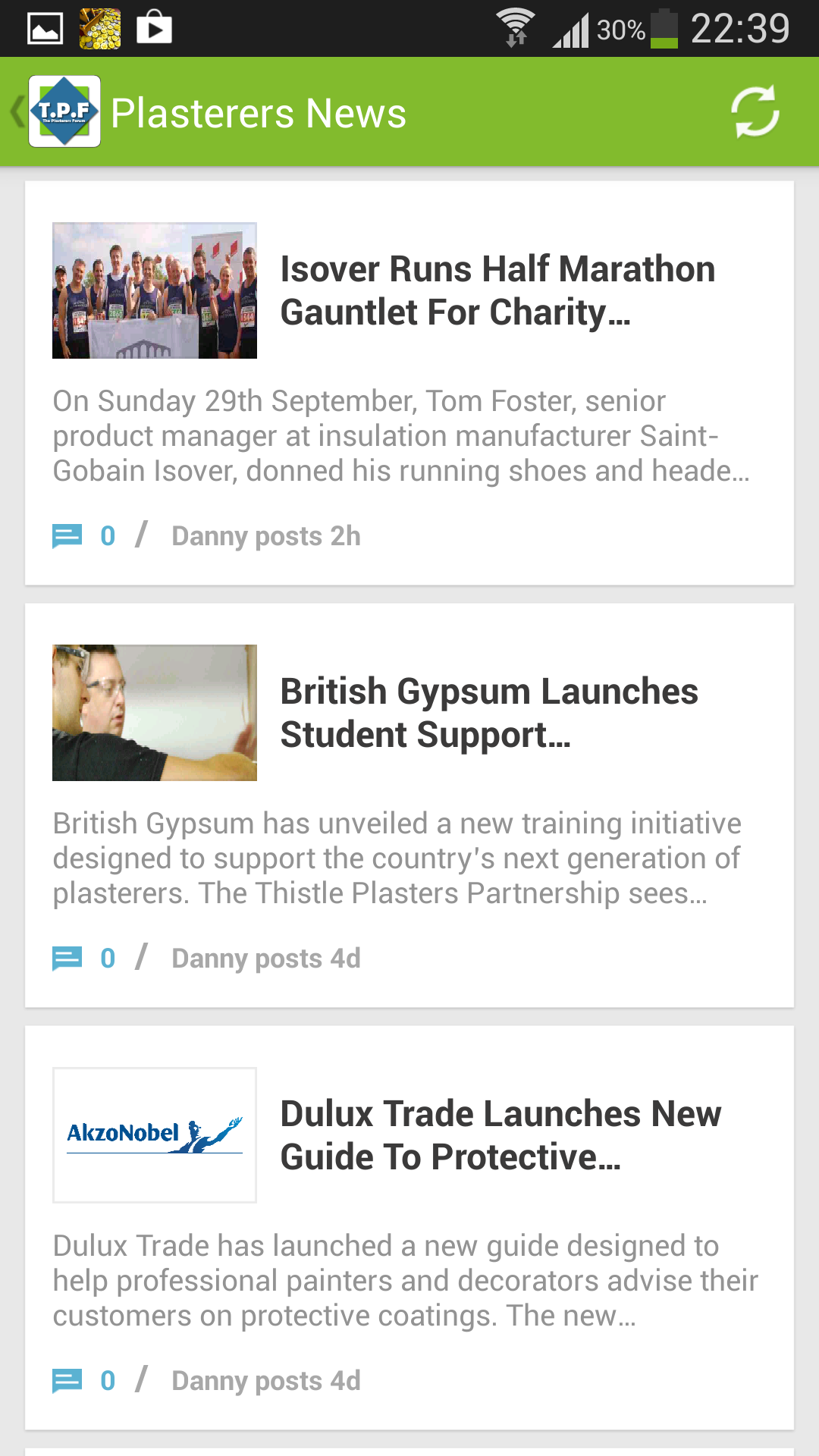 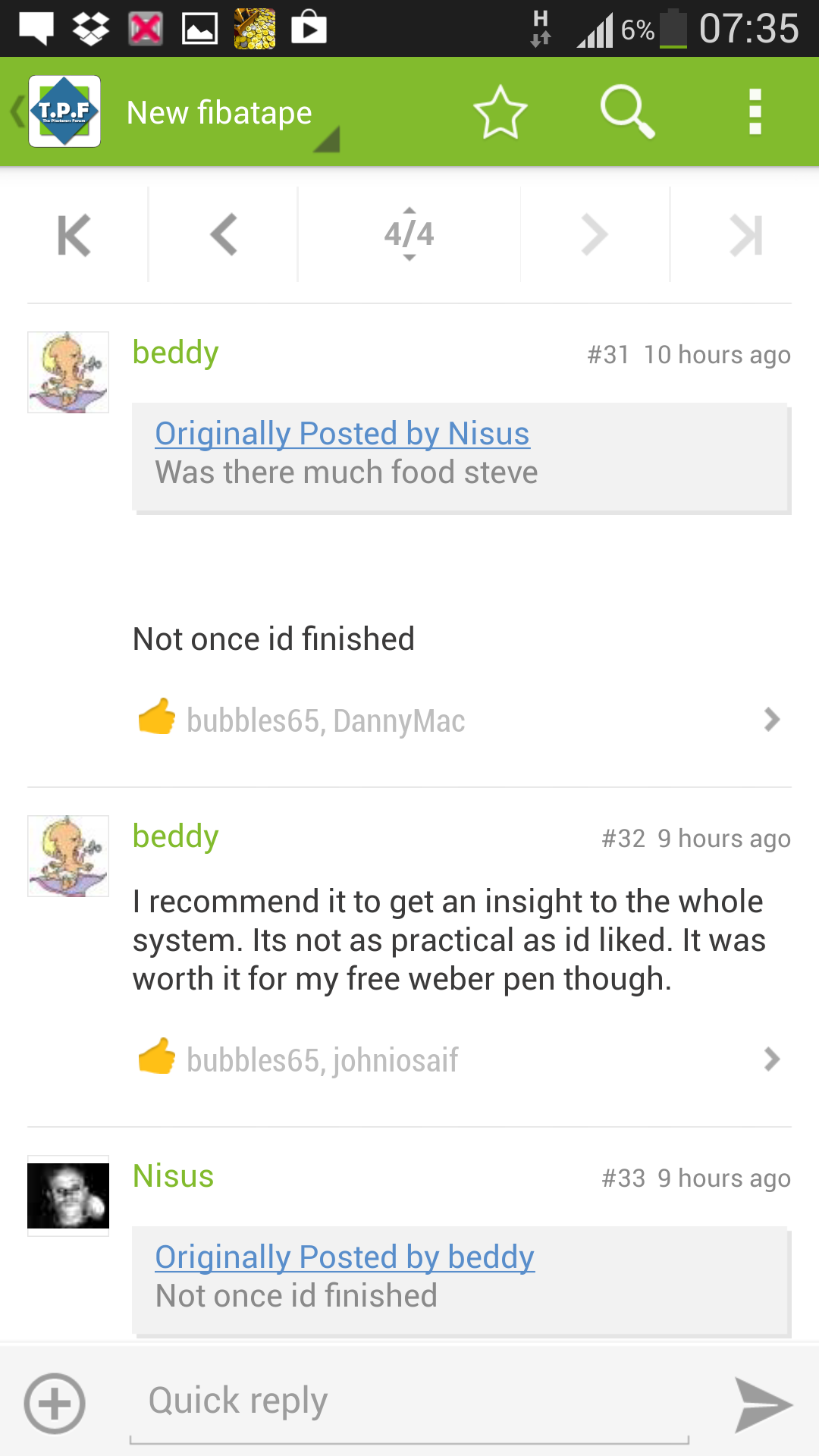 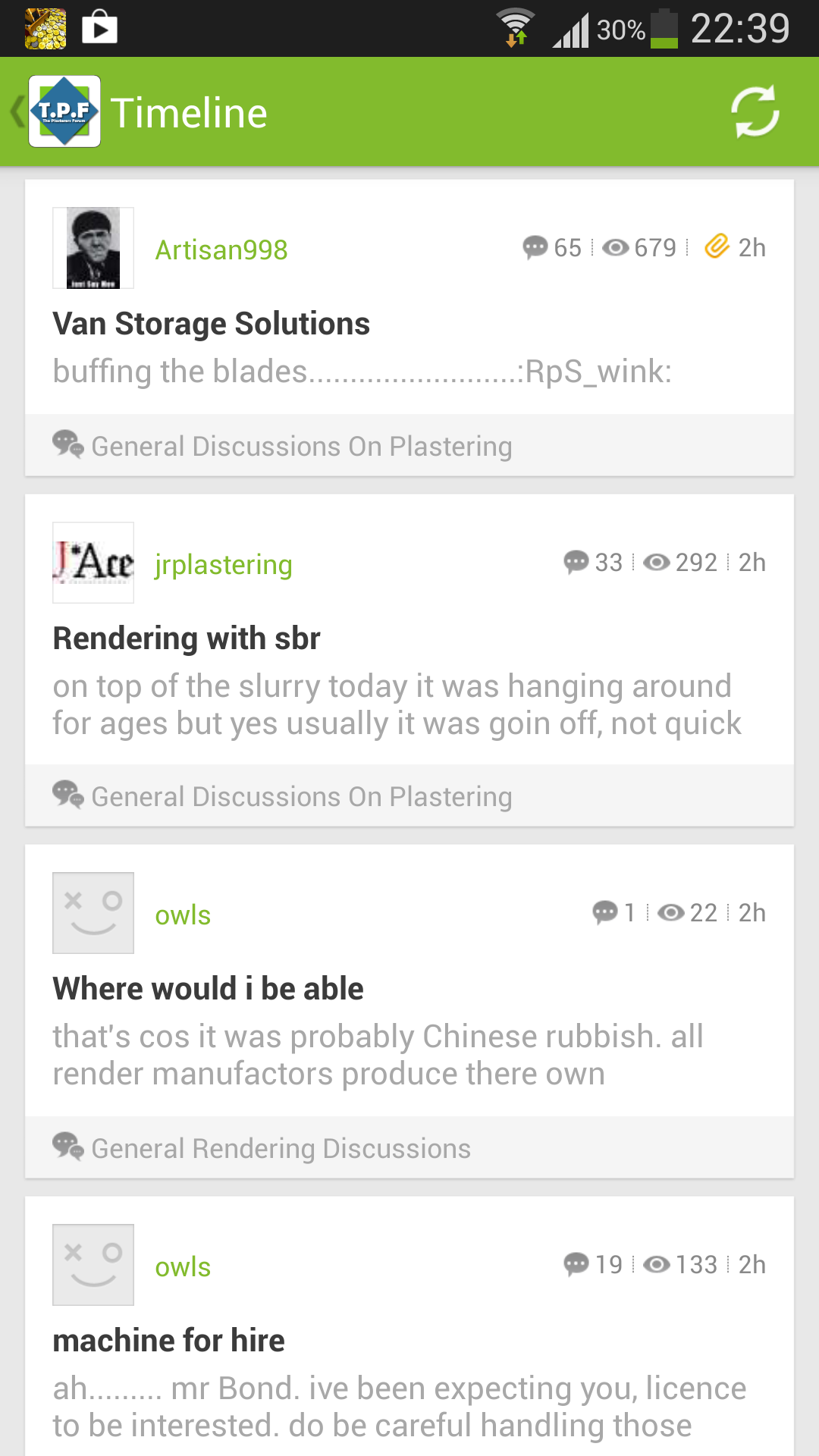 However, I recently stumbled across a solution that works and many people use it already and more to the point it supports our forum software, which is pretty much essential and after lots and lots of questions to their sales team, I decided to take the plunge and get started. I have spent over six weeks organising and testing and trying to work out the best way to do things from layout and colours and also how I can keep our sponsors happy all at the same time as trying not to cause problems in the user experience which for me was essential.

Well last week, I installed the first ever Plasterers Forum app, and I had been playing with it and as much as I tried I could not get it to crash. This showed me that it was robust, and I also handed my phone around to a lot of my techy friends where they examined the app and the functionality, and they were impressed.

The next test was the give it my good lady and see if she could work it out and lo and behold she found it really easy to use, and that was that I decided to start pushing forward and getting it upload to the right stores. Well, when I say right stores, I mean getting it to the Google play store and then the apple store.

Now this is where it got very very confusing. Apple makes everything overly complicated and even with my tech knowledge and being reasonable capable I was struggling and after nearly a week of trying I still could not get the app to the apple store. I have had to go out and buy an apple mac computer, and I am still having problems getting it on the store. SO for now the Plasterers Forum app is not available for apple devices until I can get my head around the ridiculous apple policies and what not 🙁

However, Googles Android was a pleasure to set up, and I did not need to jump through any hoops, and even though I had planned to launch the app today (Monday) I decided to let the app go live on Saturday instead. So you can now get The Plasterers Forum app from the play store from going to  this link.

The other thing is I have had to charge for the app. I have tried as much as I can to try to make this app free, but I just can’t get the figures to add up and with Apple making things a nightmare and the need to go out and buy overpriced apple hardware along with the monthly and yearly fees, I have had to charge a small fee for downloading the app.

So for all of you that use an Android device the Plasterers Forum app is only £1.99 and for those of you who are unlucky enough to be on an apple device it will be £2.99. These are one-off fees, and I will then subsidise the other costs and offset them with ad space and what not, and hopefully you will love the forum as much as the people who have already downloaded it 🙂

So What’s the Point To The App?

Let’s get things straight from the start. You don’t have to buy the app if you don’t want to. The forum will still be available in all its glory, whether you do, or you don’t use the Plasterers Forum app. It just makes it a little easier to post and reply to threads.

Furthermore, every post from this site, Plasterers News, furthermore, goes directly to the app as well so you will be able to keep up to date with all the news and information from the plastering industry.

The Plasterers Forum App really does make using the forum a doddle on your mobile device and the feedback we are getting is top class.

I will keep you all updated when the Plasterers Forum app is available on other devices. If you have any questions, please drop me an email, and I will do my best to answer them as quickly as possible.

The government is due to launch its £2 billion Green Homes Grant scheme in late September, which will enable homeowners to make savings on their energy bills while … END_OF_DOCUMENT_TOKEN_TO_BE_REPLACED

Working as a skilled tradesperson can offer several great benefits. You will have the opportunity to pursue something that you’re passionate about, have lots of job … END_OF_DOCUMENT_TOKEN_TO_BE_REPLACED

Makita UK has launched a new and improved collection of belts and pouches to its extensive and popular range of accessories. The newly designed range makes it even easier … END_OF_DOCUMENT_TOKEN_TO_BE_REPLACED

In a positive move for the future of skills and talent in the plastering industry, British Gypsum has announced that its Site Ready Skimming Course has been successfully … END_OF_DOCUMENT_TOKEN_TO_BE_REPLACED