Jewson employees, suppliers and customers have donned their shorts and football boots to raise more than £1,360 for Barnardo’s. 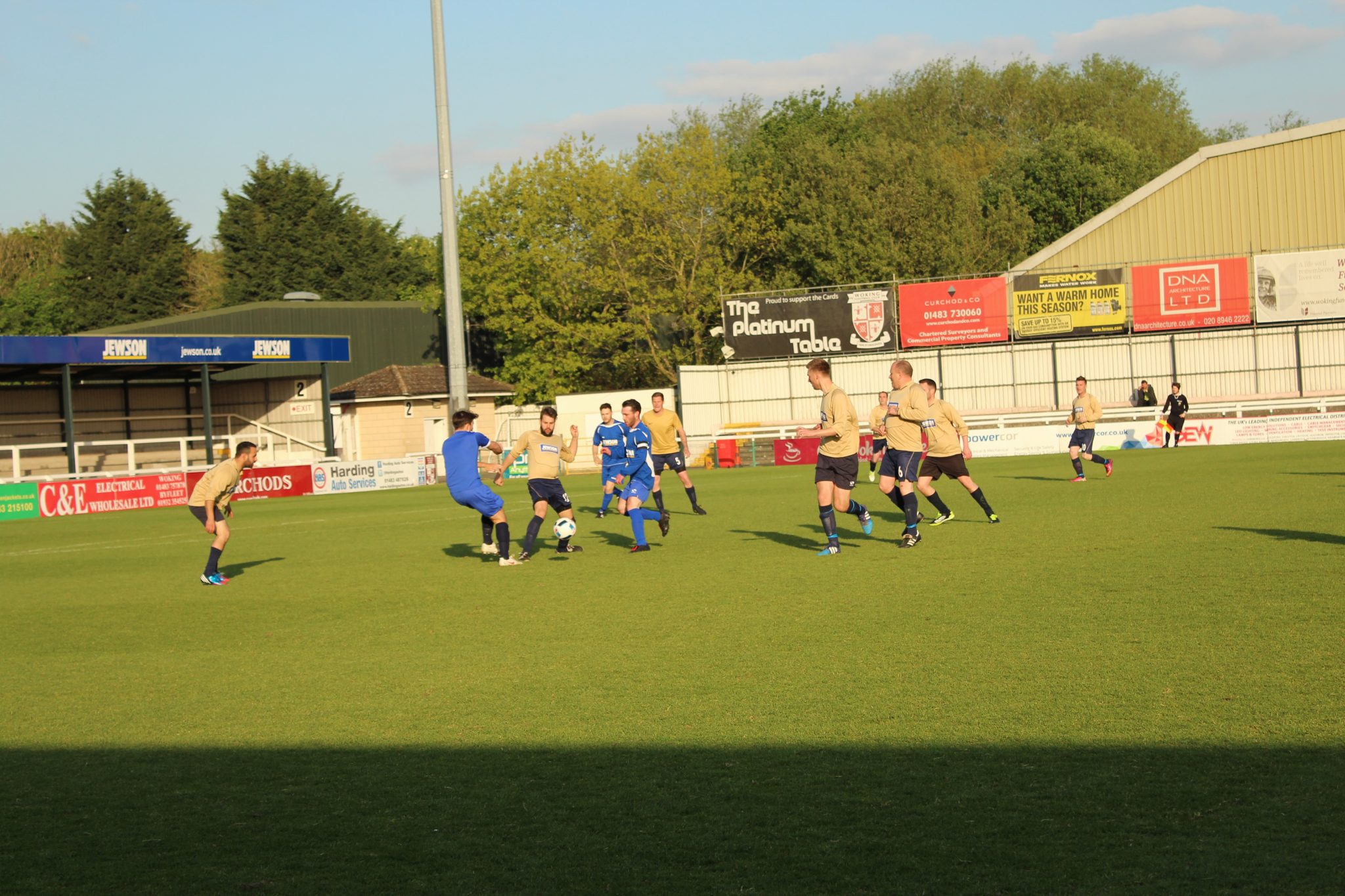 The charity football match was held on Tuesday 9th May at The Laithwaite Community Stadium, the home of Woking FC. Customers and employees from local Jewson branches joined forces to create two teams – Farnham and Reading. Woking FC player, Scott Steele, made a guest appearance on the Farnham team, while former player, Gary McDonald, played for Reading. Farnham proved to be the stronger side on the night, securing a 5-4 win over Reading.

Food, drink and entertainment was provided throughout the event, as well as a charity raffle complete with prizes that had been donated by Jewson suppliers.

Arron Whiteley, Branch Manager at Jewson Bracknell, commented: “Like Barnardo’s, Jewson is passionate about giving young people the best chance in life, so we’re proud to have raised more than £1,000 for the charity.

“Even though my team ended up being beaten by Farnham, it was still great fun to get together and have a kickabout while raising money for a worthy cause. I’d just like to say a big thank you to everyone who took part in the game or came out to show their support.”

Elliot Machin, Sales and Marketing Executive at Woking FC, commented: “We’re really pleased that we’ve been able to support Jewson and the match. It’s a shame Scott wasn’t on the winning team, but we do hope that this will be the first of many successful fundraising events together.”

The government is due to launch its £2 billion Green Homes Grant scheme in late September, which will enable homeowners to make savings on their energy bills while … END_OF_DOCUMENT_TOKEN_TO_BE_REPLACED

Working as a skilled tradesperson can offer several great benefits. You will have the opportunity to pursue something that you’re passionate about, have lots of job … END_OF_DOCUMENT_TOKEN_TO_BE_REPLACED

Makita UK has launched a new and improved collection of belts and pouches to its extensive and popular range of accessories. The newly designed range makes it even easier … END_OF_DOCUMENT_TOKEN_TO_BE_REPLACED

In a positive move for the future of skills and talent in the plastering industry, British Gypsum has announced that its Site Ready Skimming Course has been successfully … END_OF_DOCUMENT_TOKEN_TO_BE_REPLACED