Hi, My name is Pete, and I was asked by Danny to give my thoughts on the ExtraTime plaster retarder by EazyMix.

Why I tried ExtraTime Plaster Retarder

When ExtraTime was released, I ordered a box of 100 to give it a trial on as many jobs as I could with British Gypsum’s Board Finish and Multi-Finish and up until now I have used about 75 sachets of ExtraTime. 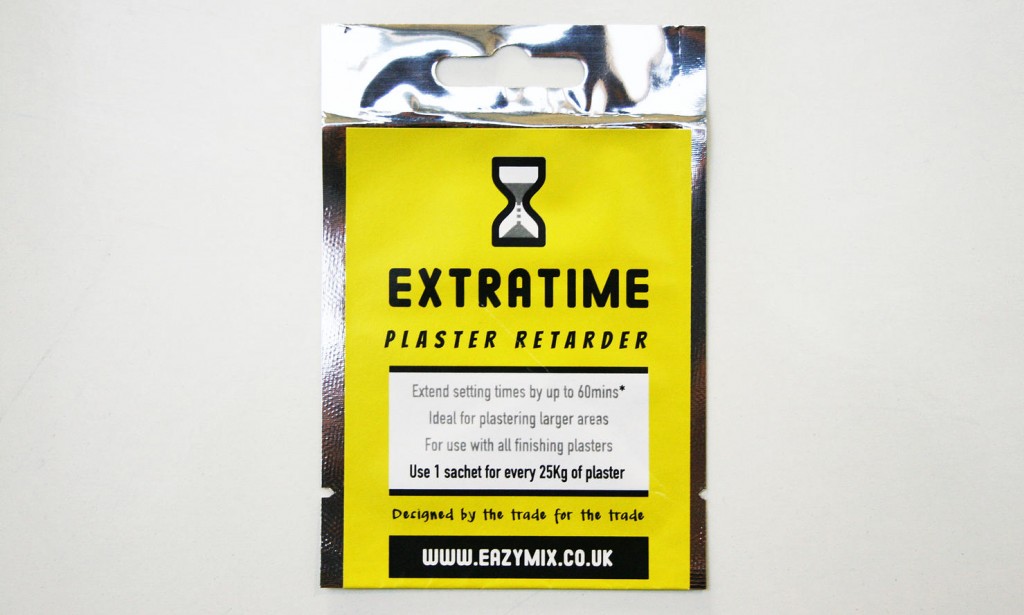 I wanted to know exactly what the difference in time it would add to a mix, and that it would do what it said it would do.

To me, setting times are a fascinating part of plastering and for years, plasterers have had their own ways of changing set times of internal finish plasters.

External renders and pre-bag plaster products have had additives mixed into them to either speed up or slow down the setting times to help the plasterer achieve the results they want. But Internal plasterers have always had just to work to those setting times.

Manufacturers of internal plasters have over the years decided what they think are the best set times for finishes and have apparently spent a lot of time testing to decide that. However for internal plasterers, they don’t have any “ready to use” additives to drop into their mix to extend or slow down setting times.

Why I Liked ExtraTime Plaster Retarder

I found over all the mixes I used ExtraTime in with the three different finish plasters it would add an extra 30 mins – 1 hour. This is depending on the finish used, the background being plastered and the room temperatures and atmosphere. 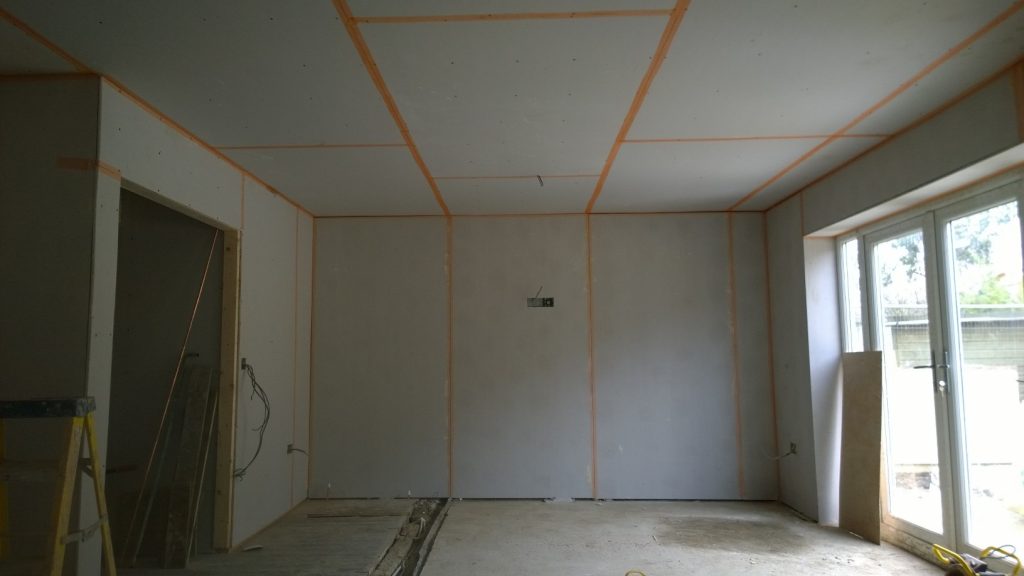 On domestic re-skims of different surfaces obviously, there are many variables. However, what I liked is when the plaster gauge was on the wall the plaster was wetter for longer. Every time I returned to my start point to flatten it was far more workable for a quick flatten or tidy up before applying the second coat. On tight little awkward say curves or little detail work, that holding back of set gave the time to get plaster how I wanted it.

On a larger gauge (25m2 plus) on plaster board, ExtraTime gave nearer the one hour extra as stated on the sachet. I am mainly a domestic plasterer so haven’t had the chance to hit any massive areas say like the site guys can. However, going off the one accurately timed hit on boards and compared below I would say if bigger hits were put on by site plasterers they would be able to increase their meterage due to the longer setting time. 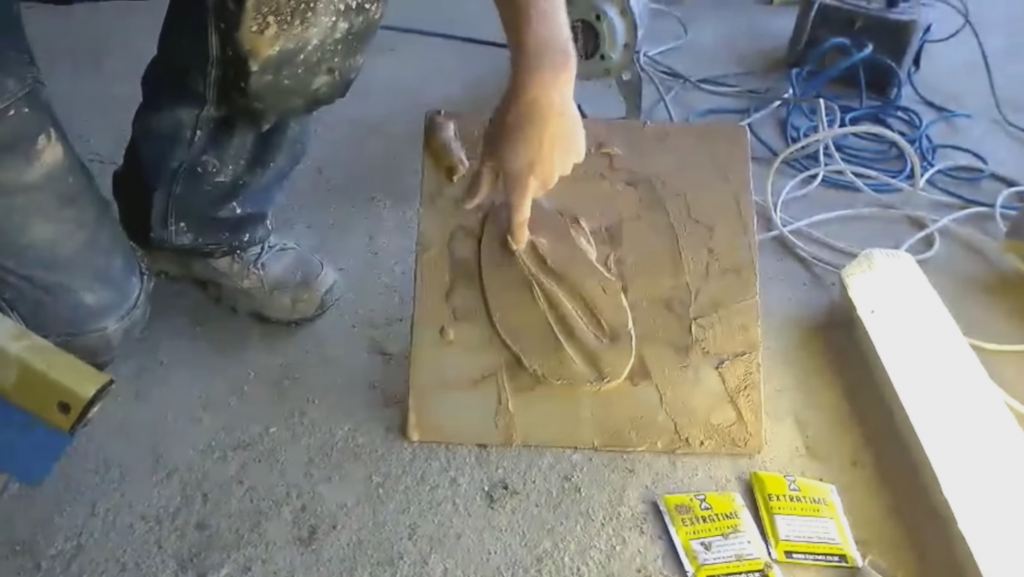 I have only used ExtraTime in the first coat for most of my mixes, and it gave me the extra time I needed, but I did like that if I wanted more time I could drop ExtraTime into the second coat and again it would extend the setting time of the gauge even further.

How I Would Improve ExtraTime

The only things I could say for not liking it would be that a sachet of extra time is measured for a full bag of finish plaster. If I needed to mix up two and a half bags of plaster, then I would not add it to the half mix, or I would just mix to the next nearest full bag and waste a bit more plaster. In hindsight I could have cut a bag in half but never have just in case, I got the ratio wrong.

The only other thing would be that it has been tested by the company who makes ExtraTime but is not endorsed by makers of the two main plaster manufacturers in the UK.

The without times are off Multi-Finish set times on the back of the bag. The ceiling room temperature was cold I had 2 little heaters on to warm it, up but it definitely didn’t exceed 5 – 7c in there.

First coat of two bags had two sachets of ExtraTime in, the laying in coat did not have any ExtraTime added to the mix. 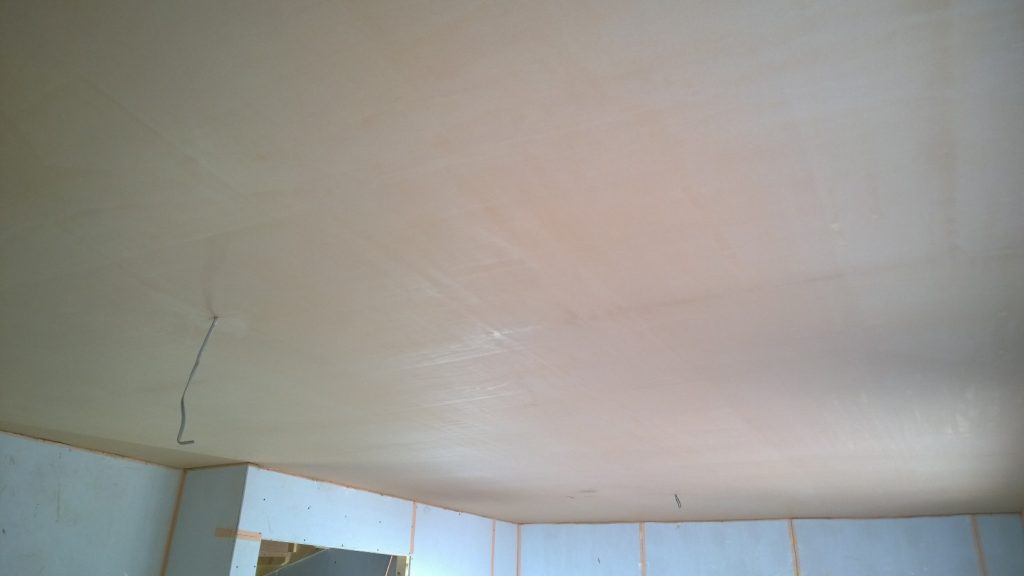 The time that myself and most plasterers will notice is that at 80 minutes when I put the second coat on it was still wet at that point. When the plaster is on the wall I/you will notice that the plaster retarder has made the extra time difference. From then on it is a regular set, except at the end it was a four-hour set rather than a three-hour set.

I put the first and second coats of plaster on with a Marshalltown and then all flattening, and trowel off were carried out using a SpeedSkim plastic 600.

If you would like to try some ExtraTime sachets then head to www.eazymix.co.uk

The government is due to launch its £2 billion Green Homes Grant scheme in late September, which will enable homeowners to make savings on their energy bills while … END_OF_DOCUMENT_TOKEN_TO_BE_REPLACED

Working as a skilled tradesperson can offer several great benefits. You will have the opportunity to pursue something that you’re passionate about, have lots of job … END_OF_DOCUMENT_TOKEN_TO_BE_REPLACED

Makita UK has launched a new and improved collection of belts and pouches to its extensive and popular range of accessories. The newly designed range makes it even easier … END_OF_DOCUMENT_TOKEN_TO_BE_REPLACED

In a positive move for the future of skills and talent in the plastering industry, British Gypsum has announced that its Site Ready Skimming Course has been successfully … END_OF_DOCUMENT_TOKEN_TO_BE_REPLACED