British Gypsum, UK leader in plaster and drylining solutions, will be hosting the 2014 Saint-Gobain Driver of the Year and Transport Team of the Year competition, which recognises sustainability efforts in the transport industry and the importance of ongoing professional development for drivers. 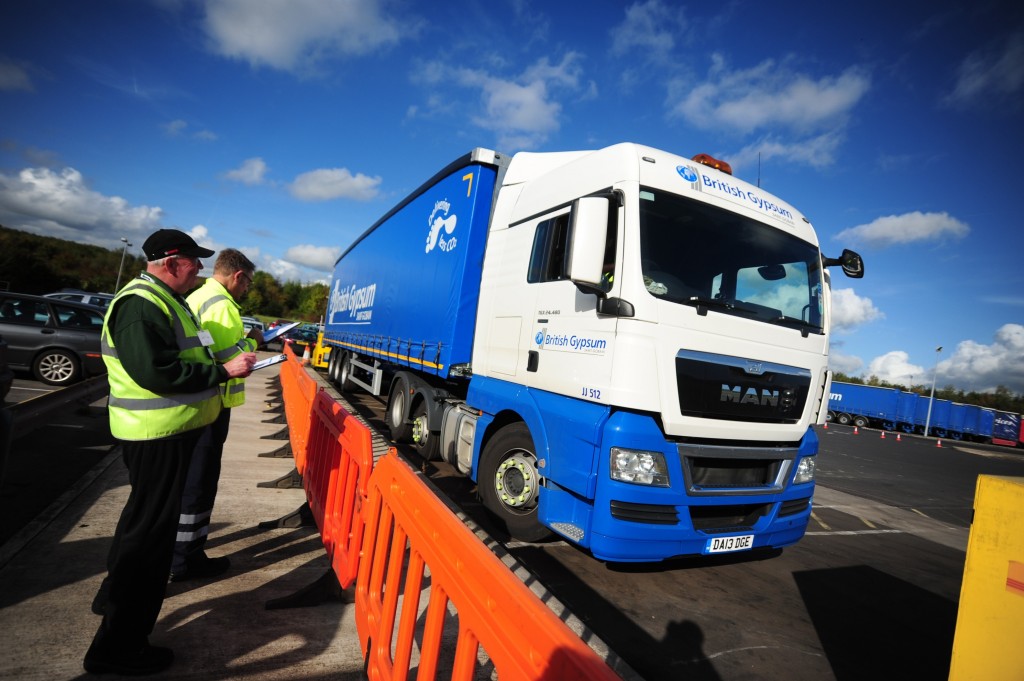 Launched in 2013 by British Gypsum, as a result of its success the competition has now expanded across the Saint-Gobain Group and forms part of the Group’s ongoing commitment to sustainable development.
The competition aims to not only reduce the carbon dioxide emissions from vehicles, but develop and engage employees – ultimately resulting in the best teams delivering the best results for customers.

Drivers taking part have six months to demo
nstrate their driving capability against set criteria, with support provided from a team of mentors. Regular progress meetings are also to take place which will enable drivers to compete with their colleagues from across the UK.

Even the smallest adjustments to the way vehicles are driven, such as accelerating and braking more gently, driving at a slower speed, or switching the engine off when at a standstill, can make a big difference to fuel consumption. This can significantly cut carbon emissions, minimising the impact on the environment.

When the competition ends, on the 31st August 2014, the most sustainable drivers from each site, and those who have shown most improvement, as well as the best-performing transport teams, will be invited to an awards ceremony for the announcement of Driver of the Year and Transport Team of the Year.

Brian Fisher, project leader for British Gypsum’s Driver of the Year, said: “It is no longer enough for transport used by construction materials suppliers simply to be speedy and efficient; it needs to be sustainable as well to support customers’ environmental efforts and help them meet their own carbon emissions reduction targets. To achieve this, it is vital that we, as an industry, do all we can to encourage fuel efficient, safe and environmentally friendly practices among our drivers.

“Driver of the Year is a great way of spreading this message, and of recognising the fantastic work of our drivers.”

The awards this year are sponsored by MAN Truck & Bus UK Ltd., the Swindon-based subsidiary of the global commercial vehicles manufacturer, which has donated prizes for winning drivers.

“We’re very pleased to be supporting British Gypsum’s efforts in promoting better driving practices,” said MAN’s CEO in the UK, Des Evans. “MAN invests heavily in developing its next generation of engines, with a keen focus on producing the cleanest, most productive drive-technologies possible. For the driver especially, MAN is a leader in training, ensuring that even the most experienced driver fully maximises the performance and economy from his MAN truck.”

The government is due to launch its £2 billion Green Homes Grant scheme in late September, which will enable homeowners to make savings on their energy bills while … END_OF_DOCUMENT_TOKEN_TO_BE_REPLACED

Working as a skilled tradesperson can offer several great benefits. You will have the opportunity to pursue something that you’re passionate about, have lots of job … END_OF_DOCUMENT_TOKEN_TO_BE_REPLACED

Makita UK has launched a new and improved collection of belts and pouches to its extensive and popular range of accessories. The newly designed range makes it even easier … END_OF_DOCUMENT_TOKEN_TO_BE_REPLACED

In a positive move for the future of skills and talent in the plastering industry, British Gypsum has announced that its Site Ready Skimming Course has been successfully … END_OF_DOCUMENT_TOKEN_TO_BE_REPLACED