A range of British Gypsum systems have been used in the refurbishment of the Glasgow Royal Concert Hall, the new home of the Royal Scottish National Orchestra (RSNO). The aim of the project was to create a comfortable working environment for the new headquarters of the renowned symphony orchestra. 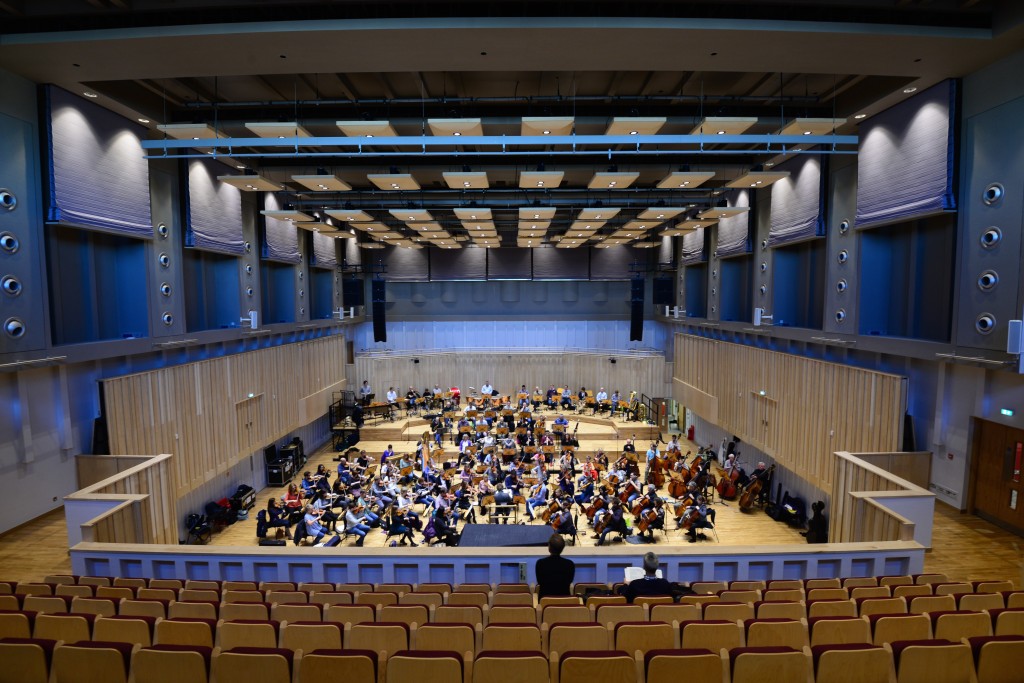 In particular, the RSNO needed soundproofed spaces for rehearsals and performances to take place, so an acoustic interior lining solution was required to meet its specific needs.

Ronnie Szczotka, Site Manager at Veitchi Interiors, who oversaw the installation for Veitchi, said: “Being a concert hall, the main concern was to reduce the amount of sound travel between each room. The GypWall CLASSIC and Gypwall AUDIO systems have made a huge improvement to the acoustics throughout the building, which has allowed the RSNO to use each room to its full potential without having to worry about making too much noise when other performances or rehearsals are in progress.” 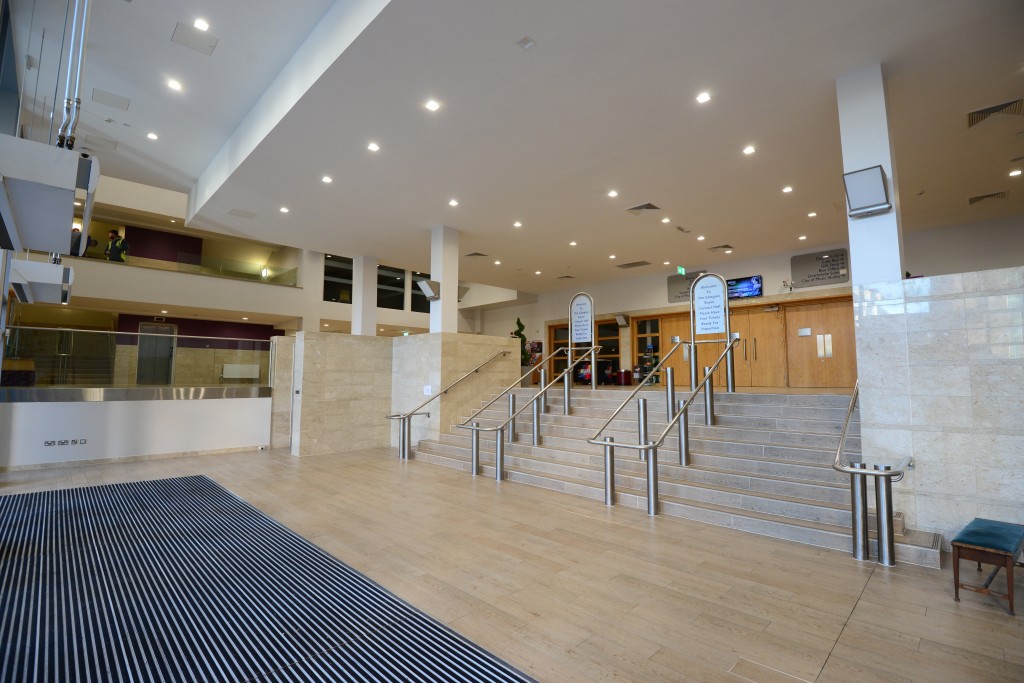 Over 6,000 square metres of British Gypsum plasterboard was installed by Veitchi Interiors, including British Gypsum Gyproc SoundBloc, which was used on the walls and partitions in the practice areas, concert hall, recording studios and circulation areas. The high-performance acoustic plasterboard features a higher density core which reduces noise pollution to minimise disruption throughout the building when used as part of a GypWall system.

As the concert hall is both a working environment and a public space, which occupants often inhabit for long periods of time, Glasgow City Council had well-being at the forefront of mind and was keen to achieve the highest levels of air quality possible. It was therefore decided to select the Gyproc SoundBloc plasterboard with added ACTIVair technology. 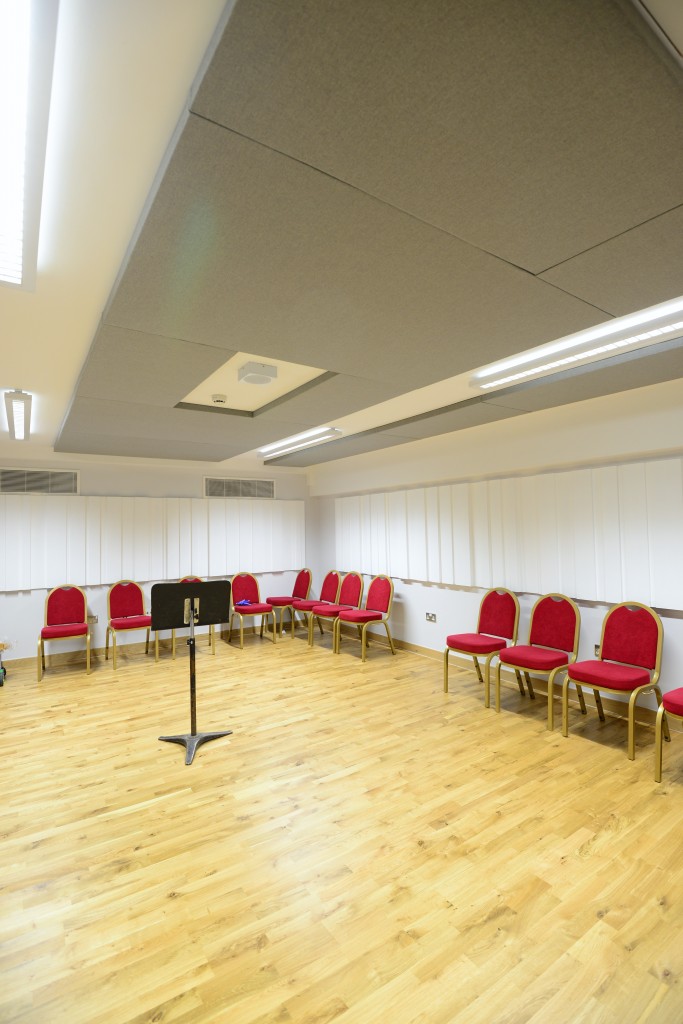 ACTIVair technology works by capturing VOCs and converting them into non-harmful inert compounds, eliminating the risk of re-emission. The technology, which has been proven to reduce VOC concentration levels by 70 per cent[1], works for up to 50 years providing long lasting improvements to air quality for building occupants. ACTIVair is effective through a paint finish and does not impact on the fire or acoustic qualities of a product, making it ideal for use in the concert hall building. ACTIVair solutions are also useful for spaces like commercial offices and hotels which are occupied for prolonged periods of time.

Ronnie Szczotka added: “We are seeing more and more requests for innovative ways to improve indoor air quality, particularly in commercial environments where it is important to maintain a comfortable, healthy environment for workers and members of the public. Some of the rooms at the Royal Glasgow Concert Hall don’t have natural sources of ventilation so there is no escape route for formaldehyde. It is therefore imperative that the indoor air is kept as clean as possible by finding ways to reduce the amount of formaldehyde in the air. Glasgow City Council was really pleased with the steps taken to improve the air quality, and because British Gypsum was able to combine this ACTIVair technology with the high acoustic performance of Gyproc SoundBloc, we were able to meet both requirements with one product.” 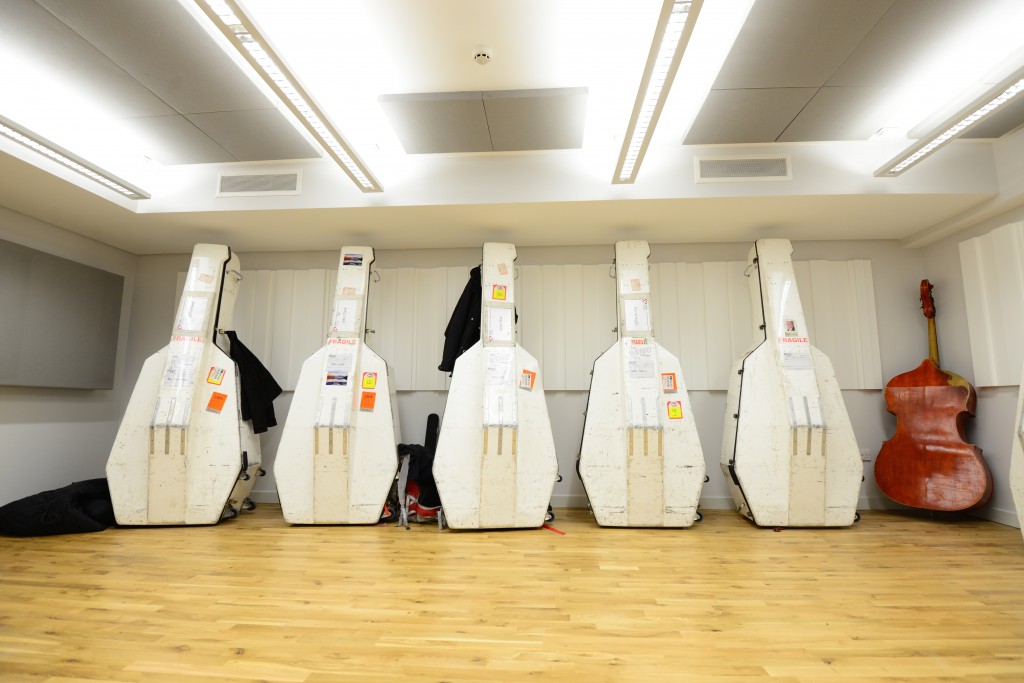 GypWall Classic and GypWall AUDIO partition systems and Casoline MF Ceilings systems were used to meet the project’s performance requirements. Alongside Gyproc SoundBloc ACTIVair Gyproc FireLine was used for increased fire protection in the public and communal areas of the building to help meet building regulations under the Fire Safety (Scotland) regulations 2006.

The government is due to launch its £2 billion Green Homes Grant scheme in late September, which will enable homeowners to make savings on their energy bills while … END_OF_DOCUMENT_TOKEN_TO_BE_REPLACED

Working as a skilled tradesperson can offer several great benefits. You will have the opportunity to pursue something that you’re passionate about, have lots of job … END_OF_DOCUMENT_TOKEN_TO_BE_REPLACED

Makita UK has launched a new and improved collection of belts and pouches to its extensive and popular range of accessories. The newly designed range makes it even easier … END_OF_DOCUMENT_TOKEN_TO_BE_REPLACED

In a positive move for the future of skills and talent in the plastering industry, British Gypsum has announced that its Site Ready Skimming Course has been successfully … END_OF_DOCUMENT_TOKEN_TO_BE_REPLACED