A British Gypsum graduate trainee has been presented with two academic awards for outstanding results during his studies for a Diploma in Quarry Technology.

Adam Garbutt, 23, a Minerals Engineer from Derby, has completed the second year of the three year distance learning course run by the University of Derby, which recommends a minimum of 12 hours study per week, while working at the East Leake Head Office of the plaster and drylining manufacturer. 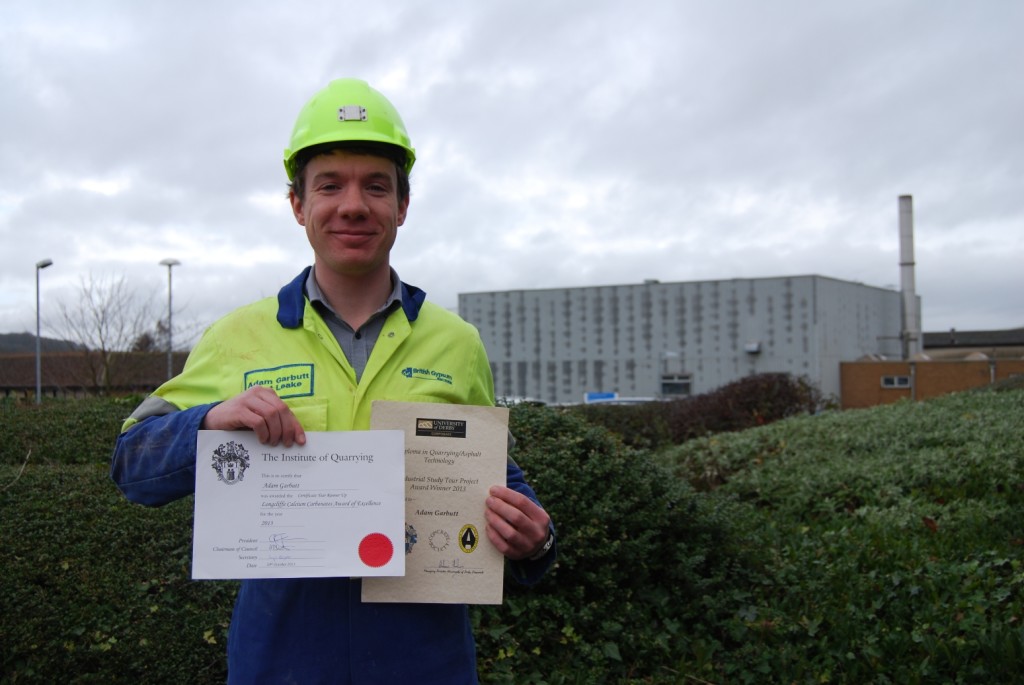 The award for the Best Quarry Study Tour Report was presented to Adam for a report he completed on the Cauldon Cement Works and Limestone Quarry. Adam was also awarded the Longcliffe Calcium Carbonates Award for Excellence runner-up prize from the Institute of Quarrying after achieving the second highest grade among his peers.

Commenting on his double award win, Adam said: “It required a lot of dedication and hard work to complete my studies while working full time at British Gypsum, so it’s really great to receive recognition for that. British Gypsum has been so supportive and I have learnt a lot during my time here.”

“We’re lucky to have some of the brightest minds in the country at British Gypsum. Adam has demonstrated great initiative, drive and commitment to his development which are things we value very highly here. We have been delighted to support Adam in his study and are of course extremely proud of his outstanding results”.

The government is due to launch its £2 billion Green Homes Grant scheme in late September, which will enable homeowners to make savings on their energy bills while … END_OF_DOCUMENT_TOKEN_TO_BE_REPLACED

Working as a skilled tradesperson can offer several great benefits. You will have the opportunity to pursue something that you’re passionate about, have lots of job … END_OF_DOCUMENT_TOKEN_TO_BE_REPLACED

Makita UK has launched a new and improved collection of belts and pouches to its extensive and popular range of accessories. The newly designed range makes it even easier … END_OF_DOCUMENT_TOKEN_TO_BE_REPLACED

In a positive move for the future of skills and talent in the plastering industry, British Gypsum has announced that its Site Ready Skimming Course has been successfully … END_OF_DOCUMENT_TOKEN_TO_BE_REPLACED