The Plasterers Forum has been reaching out to plasterers all over the world and one of the plasterers that has really got involved in the plasterers forum is a chap called Loren, and I thought it would be really interesting for all the UK readers of Plasterers News if we did a feature. So from here on in it will be Loren taking you through his week a day at a time…

Danny messaged me the other day and inquired if I’d like to do a piece describing what a typical week might be for a plasterer in the US. well, he said America, it’s interesting that many of you think of us as America and I surely don’t speak for everyone but I think of our country as the United States,…. America to me is more encompassing, there’s North, Central, and South America.

Monday (My day off?)

Today was Labor Day it is a celebrated holiday in the US and Canada. A lot of people have the day off and they take in the last bit of Summer.  I being self employed spent a good part of the day working on an estimate for a difficult job. I don’t seem to get the calls for any of the easy jobs. After spending the last week doing a little research and contemplating how long each step in the process would take, I finally got all the numbers put together and emailed off to the General Contractor this evening. I also had to go the the local LOWES and pick up some all purpose drywall mud for the job I’m currently working on. Then I had to go out to the shop and get my texture gun and test it out before bringing it out to the job later this week. 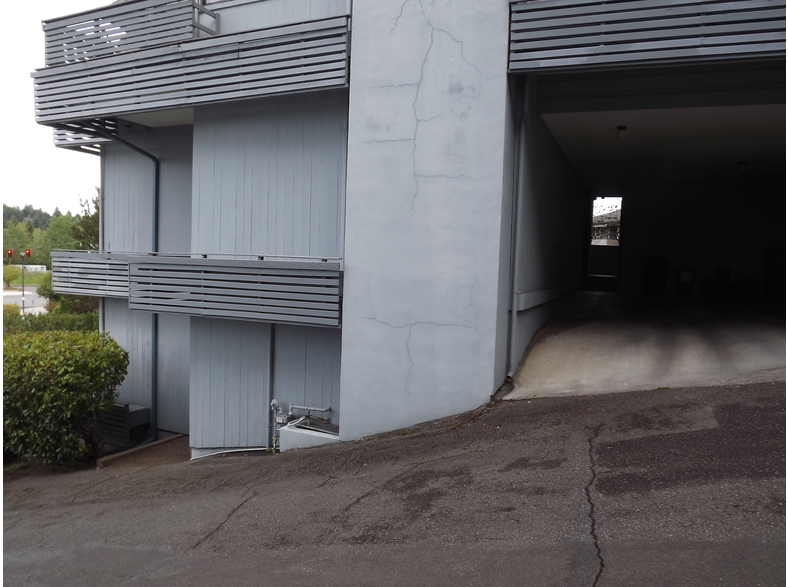 Last week I also looked at a set of chimneys attached to a three story tall apartment building on one side and 4 stories on the other side. A contractor that I’ve been bidding work with for the last year had asked me to look at these.The ground is on a heavy slope on both sides of the building and on the south side of the building the scaffold would have to be sticking out into the driveway while apartment tenants would be driving a few feet away from the scaffold frames. That along was enough to make me not want the liability of that job. Today I got an email back from the contractor, saying he understood me not wanting the liability of that job. I hope I will still hear from him in the future. 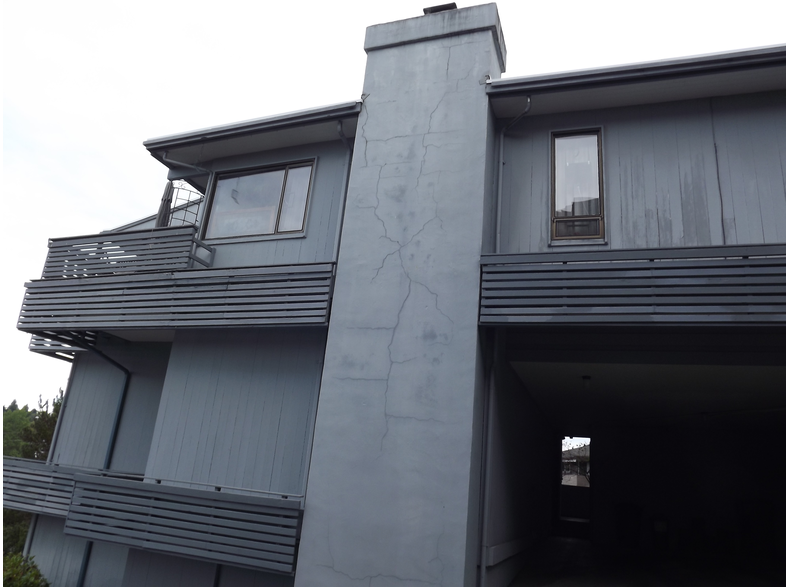 I’m working in an occupied house, so I can’t start too early. Just as well, it takes almost two hours to drive to work.

I’m re-coating the stairway, upstairs hall, and a good size patch on the dining room ceiling.

The house has a really inconsistent heavy spray on texture over the top of what looks like a hand texture. Somebody in the past installed a “sea shell” texture on the upstairs hall and stairwell. It drives the owner nuts, so I’m there to turn the seashells back into the crazy texture they have downstairs but she’d like a ”lighter version”.

And it takes a little over two hours to drive home.

They’re always working on the roads around here it seems like every time they finish a road improvement traffic ends up worse than before they “improved” it.

I did not take any photos from today though.

Two and a half hours to get to work today- maybe I should quit and become a greeter at the local Wallmart. Went through and installed more covering for the spray texture, pulled any equipment that I won’t need for tomorrow.

Premixed the texture mud. Re- set up my tent & floor covering in the dining room and sanded the patch. Do you have any of these over across the pond? http://www.homedepot.com/p/ZipWall-ZP4-Dust-Barrier-System-202620/202223614  Well worth the money if you do any patching indoors.

Not enough time to spray today so got off a bit early and went to take a look at the job I just placed a bid on, it’s just up the street from where I’m working now. I placed a stipulation in my estimate that the owners’ landscapers would need to remove a lot of plants that were too close to the garden walls. 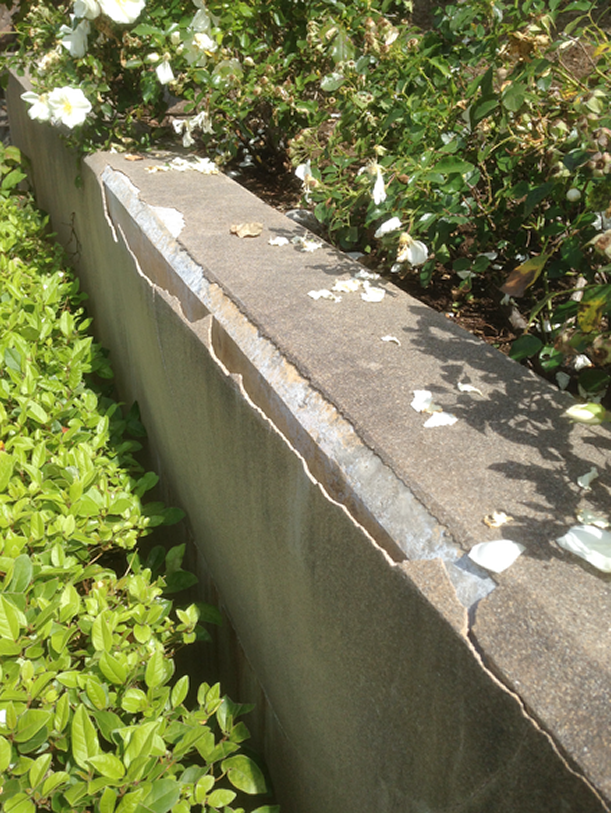 When I drove up there was a crew of landscapers doing just that. I was thinking that they were moving along pretty fast as I hadn’t even gotten confirmation that I had the job, and I bid it pretty high. The landscaper mentioned that in talking with the general contractor that I was the only contractor they took a price from so I’m guessing I must have the job. 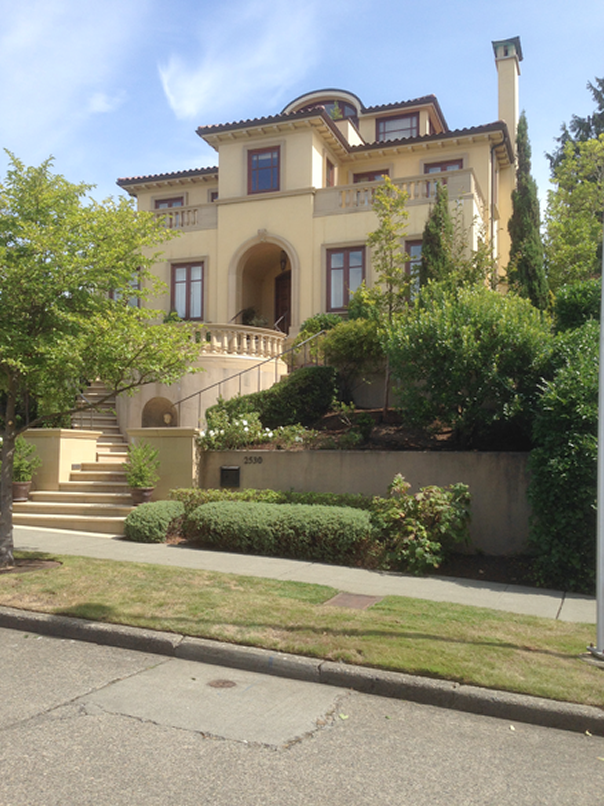 I called the General contractors superintendent for the job and told him that I drove by today and saw the plantings are all being removed, he’s buried in work on another job and was surprised they were already on it. I guess he hadn’t shown the owner my estimate yet. And the landscapers were under the impression that I’ll be starting the job on Monday.

Spent the customary 2 hrs driving to work only to find the doors locked at the house, knocking repetitively no response, no owners cars parked outside, owner not answering his cell phone, I left around 4 calls.

This was starting to test my composure. After patiently waiting for an hour, the owners 23 yr old son finally decided to wake up and let us in (it must have been kind of early for him as I had arrived there at 9:15 am).  After setting up the compressor & hose, needed to button up the covering in the stairway. Had to give the owners son a choice of staying upstairs shut into the bedroom playing video games or it’s off to elsewhere, he chose elsewhere.

Got the texture sprayed on, looked pretty good, got the patch in the dining room sprayed on (real close match), wrapped up the hoses put away the compressor, and stripped off all the visqueen, and got everything loaded into the van. I needed 4 different ladders to get to everything on this job. It’s amazing how much equipment it can take to do a small job. The owner ended up calling me back eventually. By that time I had already torn down all the covering.

The owner asked when it would be okay to paint, I told him it should be okay in about two days. Right away he asked it I would leave up the covering, I told him it was too late maybe he should have called me back sooner. Another couple of hours to get home chill for a minute and I unloaded most of the stuff out of my van and did a final wash up on my texture gun. I think I’ll pressure wash all those ladders this week end. And somehow I’ve got tomorrow off.

I should find out if I’m locked in on the garden wall job tomorrow.

The government is due to launch its £2 billion Green Homes Grant scheme in late September, which will enable homeowners to make savings on their energy bills while … END_OF_DOCUMENT_TOKEN_TO_BE_REPLACED

Working as a skilled tradesperson can offer several great benefits. You will have the opportunity to pursue something that you’re passionate about, have lots of job … END_OF_DOCUMENT_TOKEN_TO_BE_REPLACED

Makita UK has launched a new and improved collection of belts and pouches to its extensive and popular range of accessories. The newly designed range makes it even easier … END_OF_DOCUMENT_TOKEN_TO_BE_REPLACED

In a positive move for the future of skills and talent in the plastering industry, British Gypsum has announced that its Site Ready Skimming Course has been successfully … END_OF_DOCUMENT_TOKEN_TO_BE_REPLACED