A poll of tenanted households, conducted by YouGov on behalf of Safeguard Europe, the UK’s leading specialist in damp-proofing and waterproofing technology, has revealed a new North-South divide.  Renters living in the South are more likely to encounter damp and mould in their homes than those living in the North.

The poll of 1,154 tenants, conducted earlier this year, found that in London, the East of England and the South East, the highest proportion of tenants reported encountering damp or mould while living in rented accommodation at 63%, 60% and 56% respectively. Meanwhile, fewer tenants had experienced such problems in the East Midlands, the North East and Scotland at 39%, 39% and 40% respectively.

Householders were asked about problems they had come across while living in any rented property. Damp and mould emerged as the number one problem, with 51% reporting to have experienced it. Problems with drainage, water supply, poor ventilation were also prevalent with 32%, 29% and 26% reporting these issues.

The survey was triggered by the introduction of a new law, the Homes (Fitness for Human Habitation) Act 2018 which came into force at the end of March this year. The act forces private landlords to ensure their properties are fit for people to live in, giving tenants the ability to take their landlords to court if they don’t do so – something that was virtually impossible under previous existing legislation.

The poll also highlighted that awareness among renters of their powers under the new legislation is relatively low with only 35% aware of the Act. Having been told by the researchers about the new law, 42% of those surveyed said that they would be more likely to complain about problems such as damp in the light of the Act.

So, what could be the reason for the North-South damp divide? Weather doesn’t appear to be the main factor, as the wettest parts of the UK are Scotland, the North West, parts of the South West and Ireland, according to the Met office.

It isn’t down to the proportions of people renting either. Although more people rent in London than other regions – over half of households according to the Department for Work & Pensions1 – that isn’t true for the East of England and the South East.

It might be reasonable to suggest that the poorest areas suffer most from damp properties. When income is looked at, the three areas with the dampest rented properties have the highest income – and the highest income from property2. This is likely a function of affordability of rent. This is lowest in southern regions (due to high rents) meaning that renters are forced into lower quality housing

Commenting on the findings of the survey, Safeguard Europe’s managing director Hudson Lambert said: “It’s quite shocking to discover that in 2019, such a high proportion of households are living in homes that aren’t safe. Damp and mould aren’t just unpleasant, they lead to health problems, particularly in the young and the elderly”.

Lambert called on landlords in both the public and private sector to ensure that their properties were free from damp. Damp in properties is commonly caused by rising damp, rain penetration, leaking pipes or gutters or condensation.

Although damp can be a complex issue, with the causes of damp sometimes misdiagnosed, all types of damp are treatable. More guidance and advice are available on Safeguard Europe’s website.

For full details of the survey, visit https://www.safeguardeurope.com/news/edt1-idt2-home-fitness-for-human-habitation-act-yougov-poll 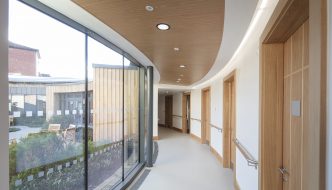 Knauf Airless Finish, part of the Knauf Ready mixed Finishes range (RMF) was specified on a project led by construction giant Interserve to build a new care centre for … END_OF_DOCUMENT_TOKEN_TO_BE_REPLACED 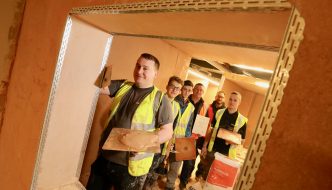